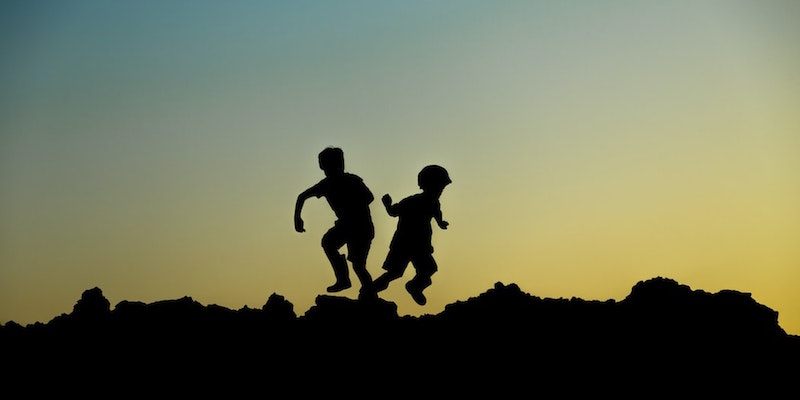 From Adam Mansbach’s Memoir in Verse, I Had a Brother Once

i came to think of my grief as

i threw down it made a sound.

it could not be filled so instead

i found some plywood &

a treacherous system of caverns,

that up as well. some days i pulled

over the edge just long enough

to feel the fear of falling that is

really a fear of jumping, &

others i walked by without

a wayward glace. i knew

better than to call this healing,

or disparage it as anything

the decision to look or

not look, feel or not feel,

took its place among

the rituals of my day,

the espresso & the gym, the

the toddler down for her nap,

not calling my parents.

time is longer than rope but

both can strangle you or

your feet & implore you

we hardly speak of david

now. for years my mother

would erupt in tears if

name, even her, so instead

he hovers in the periphery,

the space between words,

the rush to fill silences

we do talk about him it is

he took us to when we were

the instructions he left us

about how to read his life.

for years i was my brother’s

translator, the only one who

understood a word he said.

he threw tantrums because

he could not make clear what

he wanted, usually a spider-man

saw some vulnerability in him,

or else created it. he learned

to speak late & was not a

jailhouse lawyer when he did.

his intelligence clustered in

was not fierce & literary

this was foreign, hard

to see at first. our schtick

did not suspend judgment

or embrace the scientific

method. we were generations

deep in trying to figure out

what to make of the strange

new freedom to do something

besides study the talmud all

fucking day but had not really

by the time the realization

hit that david was maybe

the smartest of us all,

the odds had been set.

he had been handicapped.

i am not saying any

of this is a reason for

PRH
Audio · I Had a Brother Once by Adam Mansbach, read by the author –
Excerpt 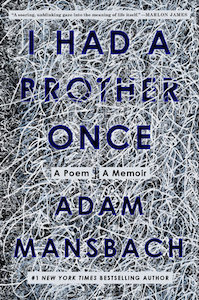 Adam Mansbach is the author of the #1 New York Times bestseller Go the F**k to Sleep, the novels Rage Is Back, Angry Black White Boy, and The End of the Jews (winner of the California Book Award), and a dozen other books, most recently the bestselling A Field Guide to the Jewish People, co-written with Dave Barry and Alan Zweibel, and his memoir in verse, I Had a Brother Once. Mansbach wrote the award-winning screenplay for the Netflix Original Barry, and his next feature film, Super High, starring Andy Samberg, Craig Robinson, and Common, is forthcoming from New Line. His work has appeared in The New Yorker, New York Times Book Review, Esquire, The Believer, The Guardian, and on National Public Radio’s This American Life, The Moth, and All Things Considered. 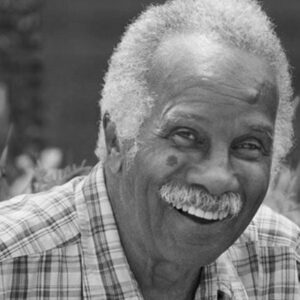