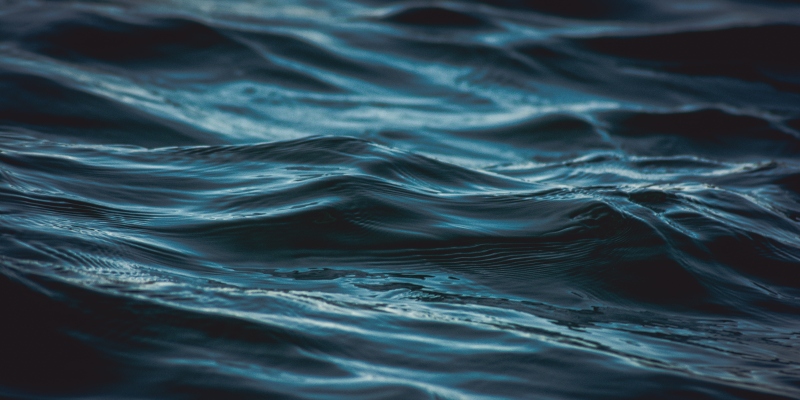 The “wake” in Finnegans Wake means both a joyous funereal gathering (here Joyce invented the word “funferal”) and a rising from sleep. But it also suggests the wake that follows movement through water. The book’s language, while dreamy and ceremonial, is also material, and often watery. This is appropriate, because like dreams, water brings us into an ongoing process of expansive life. Cosmically expansive, even. Alok Jha says in this episode that while we’re mostly water-beings on a planet covered in water, “all of those molecules of water came not from the Earth; the Earth’s water comes from space,” from the bombardment of meteorites that carried water to us. And in Finnegans Wake, water links characters to new forms, via the river that runs through the book’s first word (“riverrun”) and to the final unfinished sentence from Anna Livia Plurabelle (ALP), the wife of the central figure, HCE.

Joyce relates ALP to the River Liffey, the river that flows through Dublin. He plays with sonic affinities between Livia/livvy/Liffey, and writes, of ALP, “haloed be her eve, her singtime sung, her rill be run” (recalling, with this running rill, that rivverrun of the book’s first line). Along the River Liffey, in one passage, washerwomen gossip about ALP, until they’re turned into a stone and a tree, overwhelmed by the mystery of ALP’s family and by the river itself:

Can’t hear with the waters of. The chittering waters of. Flittering bats, fieldmice bawk talk. Ho! Are you not gone ahome? What Thom Malone? Can’t hear with bawk of bats, all thim liffeying waters of. Ho, talk save us! My foos won’t moos. I feel as old as yonder elm. A tale told of Shaun or Shem? All Livia’s daughter-sons. Dark hawks hear us. Night! Night! My ho head halls. I feel as heavy as yonder stone. Tell me of John or Shaun? Who were Shem and Shaun the living sons or daughters of? Night now! Tell me, tell me, tell me, elm! Night night! Tellmetale of stem or stone. Beside the rivering waters of, hitherandthithering waters of. Night!

Shem and Shaun, the two sons of HCE and ALP, might be sons or daughters here. A fluidity of identity allows them to shift forms throughout the book, too, into other pairings (like the Ondt and the Gracehoper, who represent responsibility and play much as Shem and Shaun do—Shem the mischievous penman, Shaun the responsible postman). And it’s not just a metaphorical fluidity. Real wateriness, the riverrun, overcomes the washerwomen, who, like us, want to know more but are riverrun by the Wake’s liffeying waters.

Alok Jha is a science journalist and author of The Water Book. 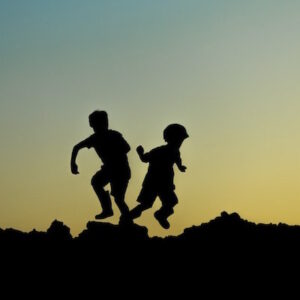 i came to think of my grief as bottomless, because nothing i threw down it made a sound. it could not be filled so instead i...
© LitHub
Back to top