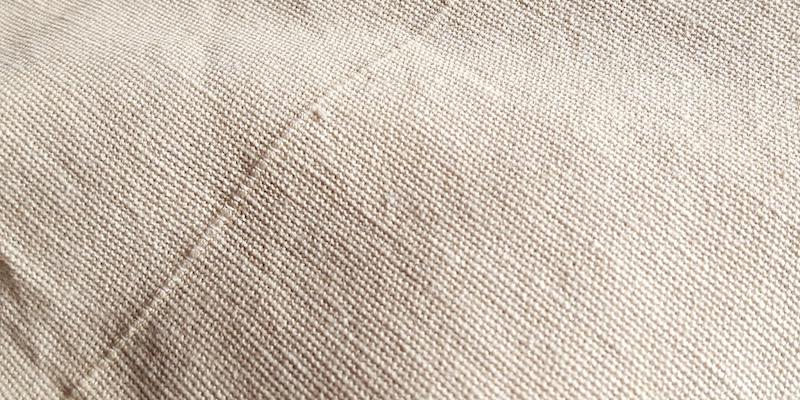 For a few weeks when I was twelve my class had a magical Latin teacher, Mr. Thomas. In our first ever Latin class he started by telling us three things:

He’d been present at one of the discoveries of Dead Sea Scrolls in the 1950s.
He’d been an extra on the 1959 film Ben Hur.
He was going to begin our Latin education by teaching us about the Greeks.

For that first lesson he had us chanting the nonsense croaking chorus in Aristophanes’ The Frogs, learning about some of the more exciting Greek heroes… and memorizing the fates.

Thread is as good a metaphor as any for the courses in life that we cannot change as well as the ones that we can.

Mr. Thomas said that we could remember the name Lachesis because it sounds like lucky Sister and because her area of expertise is fortune and misfortune, whatever those two might mean. And though Atropos is harder, we could remember the “tropos” bit from the tropics, the lines on the map marking the most northerly and southerly points where the sun can be directly overhead and then appear to turn. But Clotho is named for the Greek for spinning and we could remember her from our English word “cloth.”

Whether our word for cloth does or does not come from the name of a Greek metaphor (unlikely but possible), and whether my first Latin teacher really was present at the discovery of documents and linen from the Judaean desert in 1956 (also unlikely but also possible), I learned at least two useful things from that first two hours of my classical education.

The best way to teach, and to learn, is through stories with bright images. And thread is as good a metaphor as any for the courses in life that we cannot change as well as the ones that we can. The fiber spun and measured and cut by the sisters of fate in Greek mythology is flax, the tall grass, Linum usitatissimum, that is grown to make linen. And for Clotho’s distaff to be full of flax means that it’s also full of life.

Flax grows in most places, but it thrives where river deposits replenish the soil every year: the Rhine, the Scheldt and the Meuse, in Holland and Belgium; the Nile valley, with its annual overflow to feed the flax fields of Egypt; and the Oder, the Neman, the Vistula and the Dvina, enriching the soils of the Baltic lands, which until the mid-19th century traditionally supplied most of the flax spinning wheels of Europe.

As it grows, flax is the color of sand on a cloudy day, and it has pale-blue flowers, like distant mountains. It is so long and thin that it seems to almost have the nature of thread already. But, unlike cotton (which is pretty much ready for spinning after you remove a few seeds and card it), silk (which often just needs to be reeled and twisted), or wool, which needs to be cleaned and combed but is also essentially itself, for a flax crop to be ready even for basic spinning, some hard work has to happen.

Flax is never cut: it’s always pulled. This means that the full length is preserved, root and all. Then it is gathered into bundles, or “beets,” and dried (in the sun if possible, in barns if not), after which the seeds are removed in a process called rippling.

In the past, this was variously done with “ripples” (like giant combs with long nails stuck into them), mallets, rolling pins, or—in Flanders after 1900—on an instrument called a “piano,” with up to eight hammers, each striking the flax in succession. After this it is either laid out on the ground to catch the morning dew or in ponds, tanks or slow-moving rivers, weighted down for several days or weeks. The dew makes the flax silver; the ponds make it pale gold. The ponds are said to make better linen, but they always smell terrible: of something dead and sweet. One Irish farmer in the 1950s said that after he’d climbed into a ditch to remove the slimy flax “no woman would come near me for two weeks.”

This part is called retting, from a Dutch word with the same root as rotting, which more or less describes what is happening. The flax has to be soft enough to allow the separation of the important middle layer from the harder inner core and the rough outer epidermis.

As with barkcloth and jute, it’s the layer through which the nutrients pass that’s needed for the cloth. It’s skilled work: you have to allow the pectins to soften just enough, but not too much. Thicker strands ret more quickly—they contain more wood so the pectin layers are thinner—and therefore must be removed from the water earlier. The roots on the flax stop moisture being drawn into the stem; they act as a kind of plug.

Then it’s dried again, beaten (or “scutched” from the Latin excutere, to shake out) and then ‘hackled’ (or ‘heckled’) by being pulled through an upside-down parody of a hairbrush called a hackling comb, after a Dutch word for hook, haak. From this we get the word “hecklers” to describe people who interrupt public speakers intending to straighten them out.

The origin of the word is likely to be metaphorical, though there’s a competing theory in Dundee, where a great deal of linen was processed, that the term came from the city’s many textile workers who were known for being outspoken at public hustings.

Hair and flax, spinning and gold, spindles and fate. As spinners sat together and told stories, it’s not surprising that these elements combined into dark or comic narratives. And one of the stories told to Jacob and Wilhelm Grimm, as they toured central Europe in the early 19th century collecting folk tales, was The Three Spinners. It’s about a girl who hates spinning. She finds herself in a nightmare scenario where she has to spin three huge rooms of flax in record time. If she succeeds, she will marry a prince. If she doesn’t, then her family is shamed forever.

After sitting for three days in a depressed state, she’s visited by three old women. They appear like the Three fates, holding her future in the balance. One has a broad, flat foot, another has an underlip so huge that it hangs over her chin, and the third has a very fat thumb. They can help. All she has to do is invite them to the wedding and call them her aunts and sit them at her table. The girl agrees “with all my heart” and when the work is done and the prince is won, she keeps her promise.

That one is straightforward, but a spinning story that has always perplexed me is Sleeping Beauty. As we know it from Grimm’s Fairy Tales and Walt Disney, the plot revolves around a princess who falls into a deep sleep by pricking her finger on a spindle. But spindles aren’t particularly sharp. So what was this story about? A code for sexual abuse? A metaphor for starting menstruation? A sewing activity that had got confused with spinning? Sometimes I would wonder.

Then one day we took a path through our valley that we hadn’t often followed, and I noticed a tree with the most beautiful fruits I had ever seen. They looked like tiny fairy-tale pumpkins: hot pink on the outside, with the brightest of orange berries nestling inside like offerings. I took a photo and asked for help on the internet. Within moments I learned that it was Euonymus europaeus, also known as the spindle tree.

Later I found out that it is native to Britain and, more importantly, native to the northern regions of Europe where many of the stories in the Grimm brothers’ collection originated. It is sometimes called skewerwood, or prickwood, because as well as spindles (which are not sharp) it was used for goads and skewers and knitting needles (which are). A

lso, every bit of the tree is poisonous. The bark can make people and animals sick, while according to the 2007 Handbook of Poisonous and Injurious Plants, those tantalizing magic pumpkin fruits can lead to “fever, hallucinations, somnolence” as well as—and this is the key thing—comas. If a young girl had eaten a berry or perhaps even pricked herself on a splinter of spindle wood while spinning flax then perhaps she might indeed have slept for a very long time. Perhaps they might all have thought that she was dead.

The English word “line” has the same root as linen, and looking at this cloth now it seems as if the material somehow knows its own nature. I remember the most famous ancient story of linen thread, and I find a version on one of my parents’ bookshelves. The hero Theseus is faced with the task of entering into the labyrinth of the monstrous Minotaur. He makes a friend on the enemy side—Ariadne, daughter of King Minos (who ordered the complex underground lair to be built in the first place).

After talking to the labyrinth inventor, Daedalus, Ariadne gives Theseus a clew, or ball, of flax. If he attaches one end to the entrance door, and lets it unroll as he walks, then however deep he goes, he can always find his way back. A maze has many paths and the challenge is to pick the right one but a labyrinth has only one path and the challenge is to follow it, to let it guide you into your own mind, to let you find yourself by being lost.

By using the thread, Theseus is effectively changing something that is a maze when he goes in, into a labyrinth when he comes out. He’s turning a puzzle into a pathway; something disturbing into something that will be calming to the mind. I’ve remembered the Theseus story often while writing. There are so many facts and ideas. But to get out of the labyrinth I have to make them one thread. I have to make chaos into line, or I’ll never make it out.

I was familiar with that first part of the story, which ends with Theseus defeating the Minotaur and departing, with Ariadne weeping behind him. But I didn’t know another story—which in many ways is a mirror of Theseus and the Minotaur, also involving a problem and a labyrinth and a solution involving linen thread.

In that one it is Daedalus who is the escapee and King Minos the monster in search of him. Everywhere Minos goes, he holds up a spiral shell and promises a reward to whoever can pass a thread right through its coils. When Minos arrives in Sicily, Daedalus emerges to solve the puzzle. He bores a hole into the end of the shell and smears honey around the hole he has made. Then he fastens a gossamer thread to an ant, which he puts at the entrance. When the insect, looking for the honey, finds its way up the spirals and then out of the hole, it’s an easy thing for Daedalus to tie the linen thread to the gossamer and pull it through. 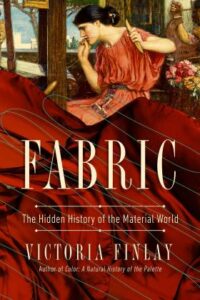 Excerpted from Fabric by Victoria Finlay, available via Pegasus Books.

Victoria Finlay is the critically acclaimed author of Color:Travels Through the Paintbox and the former arts editor of the South China Morning Post. She studied social anthropology and has travelled around the world in search of stories about her subjects, from colour to jewels and fabric. As well as writing, she has worked in international development. 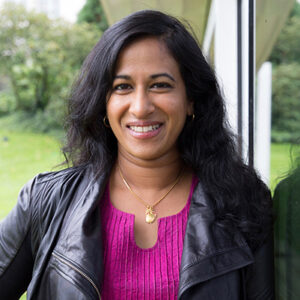