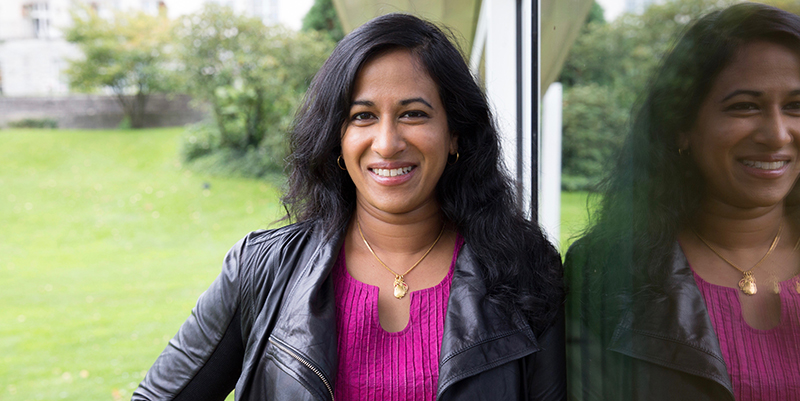 In Conversation with Whitney Terrell on Fiction/Non/Fiction

Novelist and Fiction/Non/Fiction podcast co-host V.V. Ganeshananthan talks to co-host Whitney Terrell about what happens to a book between writing and publication. Ganeshananthan’s second novel, Brotherless Night, about a young woman in the early years of Sri Lanka’s decades-long civil war, will be released by Random House in January of 2023. Ganeshananthan describes the editorial process, selecting and approaching other writers about writing blurbs, selecting jacket art, and writing cover copy.

Whitney Terrell: Before the book comes out, generally, the first thing that happens—or at least this happened at Farrar, Straus and Giroux—is that the publicist gives me a form asking me to fill out all the people that I know in publishing: people who might review or assign the book to be reviewed, who might blurb the book, who are homies, and would help me out in some way. Have you done that yet? Did you do that? Will you do that?

V. V. Ganeshananthan: I did do that. I did it for Random House a while ago. It might have been last fall. And I have to do another one for Viking, which is publishing Brotherless Night in England. I’ve lived a lot of places, and I find this to be a pretty overwhelming task. I sort of have to start reconciling myself immediately to the fact that I’m going to forget someone or something.

But then a thing that I did this time, that was actually really helpful and made me feel so much better, was that—because I’m not only a physical but also an electronic hoarder—I had my previous author questionnaire that I had sent to Random House for Love Marriage, and it is filled out so badly. I just did a terrible job. I had no sense of what would be useful at all, and I was struggling and scraping for anything that would be helpful. And I knew hardly anyone.

Whitney Terrell: “This is my aunt who lives in Wisconsin. She lives a few blocks from a bookstore, maybe she could be helpful…”

V. V. Ganeshananthan: It was really bad. And so I had that document, and I read it, and I was like, Well, at least it will be better than that this time. So looking at my own history of filling those out and realizing how much better equipped I was now made me feel less terrible. All of these things that you’re doing in this time period feel like, again, conscious self-aggrandizement. Of course, you spent all this time on your book, and you’re trying to promote it. I think, for some people anyway, there’s no small amount of shame attached to promoting oneself.

Whitney Terrell: What is that?

V. V. Ganeshananthan: What is that? I think that…

Whitney Terrell: Although I found that less hard to get over for some reason. Maybe because I didn’t like the culture that I was brought up in. So I was like, all right, fuck this, you know?

V. V. Ganeshananthan: There’s of course all sorts of cultural and gender and, I don’t know, geography, and all sorts of things going into that—age, what you feel deferential about and what you don’t, and why do you feel deferential…. I’ve also been lucky—I took a really long time to write the book, but I’ve also had a lot of people, including you, say, “I’m on your side.” And that also, in comparison to the previous round, made me feel like I knew who also would be comfortable with me putting their name on that list, which made me feel less gross about it.

Whitney Terrell: A lot of people are going to be very supportive of your book. I know that for a fact. When I was thinking about our earlier conversation about what was stressful about this—this is the thing that does stress me out and that I do feel extremely nervous about when it happens—is the blurb request. I know you’ve done yours already, because you told me that you did. But how did you make those requests? Why did you choose the people that you asked? Why didn’t you ask me to give you a blurb? What is going on around here? What am I, chopped liver?

V. V. Ganeshananthan: Tune into the video channel to watch me turn off my video in shame. It is so delicate and weird. Sometimes students will say to me: How does this happen, this weird transaction? Which exists in the terrain between friendship and business, where… no one really wants to lurk in that swamp. I provided this list of who I knew. And then I think that what happens is—this is also somewhat mysterious to me, and probably purposefully so—maybe they go to sales and say, “What are the goals here?” And then I expressed my admiration for some people I knew… and then some people I didn’t know, but whose work I also really admire. Then I also came to understand—as I did not understand the first time around—you can’t actually ask everyone.

The publishing houses have a certain number of asks that they can have, and so they can’t, I don’t know, ask Marilynne Robinson for everyone. They have to figure out where that would make the most sense, and whose work she’s actually most likely to like and support. That’s maybe not the best example. You shouldn’t ask everyone you know, because the other thing that can happen, and this has happened to me, and I understand that this happens so it’s also okay, but sometimes you blurb a book, and your blurb doesn’t appear anywhere in the promotional material for the book. And that’s also a little bit of a waste.

V. V. Ganeshananthan: It’s hard on everyone, because like the writer has…

Whitney Terrell: I’ve never actually had that happen to me. So that’s a new one.

V. V. Ganeshananthan: I’ve had that happen to me at least once. And I think at that point someone somewhere has done some bad math, and I mean that both like on the level of how many blurbs can fit on the back of a book, slash inside…

Whitney Terrell: They’re like, this person’s name is too long! We can’t have her blurb on here!

V. V. Ganeshananthan: I’m also a person who has sometimes been quoted specifically to take up an extra line in a newspaper. So, also a thing that has happened to me. You have to be strategic about, who can you bear to have say no to you? Whose support would you love to have? What are the Hail Marys you’re going to throw?

Whitney Terrell: What was your biggest Hail Mary that worked? We’re not going to talk about people who said no to you.

V. V. Ganeshananthan: Some people have been asked and those haven’t come back yet. There were a couple of different rounds. So there was an early set of folks who were very generous, and that included writers I knew and also writers I didn’t know. There were four early blurbers: Celeste Ng, Brit Bennett, Danielle Evans and Sara Nović. And Sara Nović I have never met. You and I talked about her work and that we both admired it. And I think you had mentioned it to me, but I think that Random House actually came up with Sara as a suggestion. And then she went out of her way to do that. And she’d never met me, and so that kind of generosity exists and happens all the time. 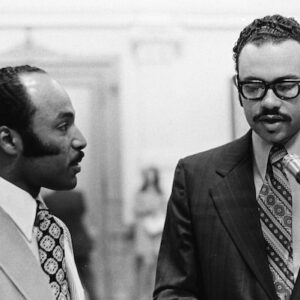 The Lone Star State had not elected an African American to its legislature since the nineteenth century, but that did not discourage...
© LitHub
Back to top