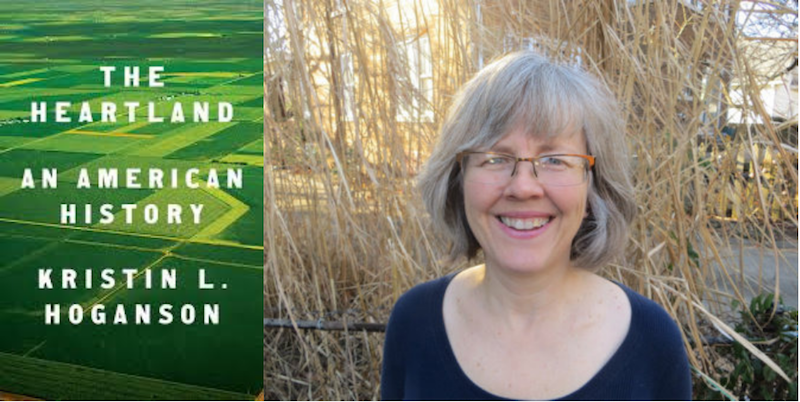 On the American Heartland’s Imperial and White Nationalist Roots

Kristin L. Hoganson in Conversation with Stephen Hausmann on the New Books Network

The Great West. Middle America. Flyover Country. The expanse of plains, lakes, forests, and farms, between the Appalachian and Rocky Mountains has carried many names. Beginning in the 20th century, Americans began calling it The Heartland, a term that Dr. Kristin L. Hoganson argues carried a specific meaning that has changed across time. In The Heartland: An American History (Penguin, 2019), Hoganson tracks the global history of Champaign, Illinois—a small place with a large history, and, as a professor of history at the University of Illinois, Hoganson’s home for nearly two decades. The Heartland makes a strong case for the Midwest not as a provincial, isolated, region but rather as a place defined by global connections, diasporas, and a wide array of cultures. The book covers a lot of ground, from Kickapoo history to the story of high-bred cattle to a foray into the history of long-distance ballooning. Throughout, Hoganson maintains that just as scholars study the West and the South, the Heartland is deserving of its own status as part of the American regional canon, not because it looks inward, but because of its long history of affecting historical change and being affected by global events. This week on New Books in the American West, Hoganson joins Stephen Hausmann to discuss the book.

Stephen Hausmann: Let’s talk about place for a bit. When we’re talking about the midwest, where exactly are we talking about? And how does the midwest become known as the Heartland? What are those regions, and what do they mean symbolically?

Kristin Hoganson: If you Google it, you’ll get different maps. There’s no consensus on where the midwest is. I think many maps will start in North Dakota and go down to Nebraska or Missouri, and eastward to Ohio. But people disagree on exactly which states should be included. I like to think of it as the area between Appalachia and the Rockies. But the point of my book is to argue against set conceptions of place, against the tendencies to try to draw boundaries, or to start with boundaries and try to fill them in. My goal is to let the stories themselves reveal what the boundaries and regional definitions ought to be. The point of the book is not to embrace any specific definition of the midwest, but to ask what is this region? How do we define it? Where do its edges blur into other geographies? What are the different threads that have stitched it to far wider tapestries? I’m trying to get at a way of understanding region, locality, and place that is not all about wall-building and looking inward, and defining differences between insiders and outsiders to a particular region or place, but rather to make us more aware of how people in, say, places understood to be regions within the nation, have been connected to those outside of those regions.

As for the question of where the idea of the Heartland originated, there’s a long backstory to that. The area of the country I write about hasn’t always been the American Heartland, nor the American midwest. For a long time after being incorporated into the U.S. it was the old northwest, and then became known more as the midwest or middle-west, and it wasn’t until the 20th century that the term “heartland” caught on as a term for this place. The word “heartland” was first used in 1904 by a British geographer, Sir Halford McKinder, who was writing against the naval theories that were very popular in his time period. The naval theories basically hold that whoever controls the oceans of the world will exercise global power. McKinder argued that in fact it was the land masses that mattered in terms of national or imperial power, and more specifically, he said whoever controls Eurasia will ultimately control the world. This was a theory that was later embraced by Adolf Hitler and his Nazi regime, and provided the logic behind their efforts to dominate all of Europe, thinking it would lead to wider global power. The word first began to circulate widely in the United States in the context of World War II in writings on the war in Europe, and the struggle to control the European heartland. Then subsequently, after World War II, when it was the Soviets who became seen in the United States as the power that was trying to dominate the Eurasian heartland, creating great anxiety in the early years of the Cold War, the term remained in play as a term about power, ultimately.

So in terms of how it became embraced domestically, when people were thinking of the Eurasian landmass, they began thinking of other sources of geographic power in the world, and a lot of attention was drawn to North America as not as significant in terms of the total landmass and population, but nonetheless a significant locus of land-based power. So in a lot of early usages as applied to the U.S., the word “heartland” was associated explicitly with the unparalleled power exercised by the United States in the post-World War II world. It was typically pinned to urban industrial areas, but at the same time that the word heartland came to convey the industrial capacity of the United States, it also took on, in parallel fashion, a different set of meanings. These meanings were more about nostalgia and appreciation of a more agrarian lifestyle, and the sense that there was a symbolic core to the nation that was imperiled by what was happening in the urban industrial areas producing so many manufactured goods. So those areas were seen as populated more by Southern and Eastern Europeans and African-Americans, and people with more white nationalist inclinations of a certain vein, saw the Heartland as embodying what they saw as essential national characteristics that were imperiled and needed to be shored up at all costs. 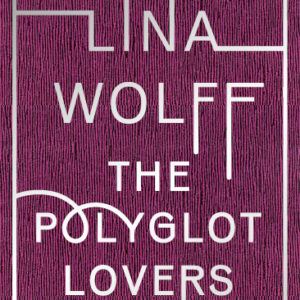 Borges writes that mirrors and copulation are abominable, since they both cause the population to multiply. That assertion...
© LitHub
Back to top