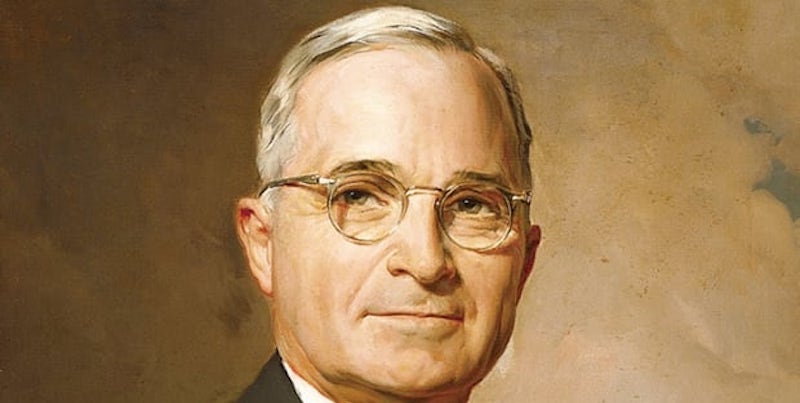 Inside the Beginning of Truman's Presidential Campaign

For the roughly 150 million Americans in the summer of 1948, the first postwar presidential election was a landmark like none other. Anyone over the age of ten years old could vividly recall what life had been like during the Great Depression and during a war that had killed some 60 million human beings worldwide. Now, three years after the war’s end, a vast majority of Americans were seeing signs of prosperity, despite high prices on many consumer goods, and new innovations that pointed to a future where anything seemed possible—but only if humanity could keep World War III from destroying it all.

The economy of the United States had arguably never been so strong. Unemployment was just 3.6 percent. The construction industry built $7.7 billion worth of new homes in the first half of 1948—a record high. Since the beginning of World War II, stock prices of railroad companies, utilities, and industrials had roughly doubled on average. While inflation continued to worry everyday consumers (“The prices of food products have surged upward to the highest level in history,” according to a July 1948 report from Truman’s Council of Economic Advisers), the fact remained that the economy was robust and times were good.

For years, due to wartime rationing, consumer products of all kinds had been difficult to obtain. Now a new and uniquely American consumerism was emerging. Big supermarket chains like A&P and Safeway were opening superstores in cities and towns, while department stores like Marshall Field’s and Macy’s—the largest department store, which sold over $170 million worth of retail in 1947—were reaping profits. The most popular whiskey was Seagram’s, the most popular cigarette was Lucky Strike, and the most  popular car brand was Chevrolet. The appetite for these products seemed  insatiable.

Americans were particularly car crazy in the summer of 1948, and motorcycle crazy too. Ford unveiled the first all-new postwar model, the 1949 Ford, at the Waldorf-Astoria Hotel in New York  on June 8, 1948. More than  a hundred thousand orders came in during the next thirty days. Cadillac debuted the first tailfin on its 1948 line. A motorsport impresario by the name of “Big Bill” France founded a series of stock car races called NASCAR. In Southern California, a group of motorcycle fanatics founded a club called  the Hells Angels.

The year 1948 saw the first flying machine to break the sound barrier, at an altitude of over seventy thousand feet—a jet called the Bell X-1 in the  hands of test pilot Chuck Yeager. An inventor named Edwin H. Land had debuted the first instant camera—the Polaroid—which would go on sale later in 1948. Bell Laboratories unveiled the first transistor radios. The first bikini bathing suit appeared, named for the atomic tests at Bikini Atoll. The first national television nightly news program aired—Camel Newsreel Theater, named for its sponsor, Camel cigarettes, the nation’s second-most-popular brand of smokes. Americans were fascinated with flying saucers. Babies were being born in record numbers. The professor of entomology and zoology  Alfred Kinsey released his study Sexual Behavior in the Human Male, which “stirred up the greatest biological commotion in the US since Darwin,” noted the August 2 issue of Life, the nation’s most popular magazine.

Offices were full of new inventions, like the Ediphone voice-recognition dictation device and the Remington Rand electric adding machine. Office buildings in some big cities had elevators that were no longer controlled by a man in a tie who stood inside the elevator car all day working the up/down lever, thanks to the Otis Electronic Signal Control. Explained Business Week in its July 10 issue: “You can now summon an elevator by simply touching a plastic arrow in the landing fixture.”

In the White House on the night of July 22, the gloom was palpable.

The most exciting new technology was, of course, the television. The president of RCA, David Sarnoff, declared in the summer of 1948 that the television was going to change American life as much as Henry Ford’s Model T had. “As television grows on an international scale,” Sarnoff wrote that summer, “it will rove the globe for programs and literally make all the world a stage, as Shakespeare envisaged it.” The applications of television cameras seemed limitless. Cameras could be mounted on the noses of “robot rockets,” Sarnoff claimed. TV could also be the greatest educational tool ever known. Television’s first big test would be the 1948 election. For the first time, Americans would get to see their candidates in real time. They would be able to see famous political writers speaking, rather than just the words that thumped out of their typewriters, making the new media instantly and immeasurably powerful. Ultimately, television would be able to capture the human experience of political victory and defeat as Americans had never seen it before.

The Truman campaign began in earnest with a meeting on the night of July 22, at 8 pm, in the State Dining Room of the White House. Funneling in was a motley crew of Truman friends—hardly a big hitter among them. As the former secretary of the Interior Harold Ickes described this bunch: “The political figures who surround the President . . . could all be blown out by  one sure breath, as are candles on a birthday cake.”

Here was Attorney General Tom Clark of Texas—a jowly, cigar-wielding Dallas lawman. Here were the young liberal political advisers Oscar Ewing and Oscar Chapman. And here was Matt Connelly of Massachusetts, Truman’s appointments secretary. None of these men had ever held any major elected political office. The only man with any bona fide clout was Judge Sam Rosenman, the fedora-sporting New Dealer and speechwriter.

The first purpose of this meeting was the subject that drives all political campaigns: money. Who would lead the finance committee? Where would funding for the campaign come from? Truman’s daughter would later recall, “The lack of money in the party war chest was literally terrifying.” Five days before this July 22 meeting, the Republican National Committee had released a compendium of quotes from high-profile Democratic figures, who were all saying that Truman could not win, and this list was going to make raising money exceedingly difficult.

Former New Jersey governor Charles Edison: “Our governmental house  is choked with litter and rubbish. It needs a thorough housecleaning from top to bottom.” Leon Henderson, chairman of the Americans for Democratic Action: “To my second-hand knowledge he [Truman] has been advised by friends that he can’t win and that he will be charged with the disintegration of the Democratic Party.” Congressman Mendel Rivers of South Carolina: “Harry Truman is a dead bird.” Every one of these quotes came from the lips of a Democrat and landed in the ears of potential donors. How could the  party raise money if insiders and would-be donors felt that the candidate  had no chance?

Even in Truman’s own Jackson County, Missouri, voters had turned against him. “My brother Vivian . . . told me all about the situation politically in my home county,” Truman recorded in his diary.  “I don’t  see how it can  be so bad—but it is.” According to the latest numbers from pollster Elmo Roper, 64 percent of the American electorate believed Thomas Dewey would be the next president, compared with 27 percent for Truman.

In late June, one Democratic Party donor—Thomas Buchanan of the Buchanan, Wallover & Barrickman law firm in Beaver, Pennsylvania—had sent in a $100 check with a letter that put the Democrats’ position into perspective. “I would like to take this opportunity to state that the party is in bad condition, particularly because we have a weak candidate and no clear policy which we can pursue . . . It is not easy to contribute to a campaign which under those circumstances has no possible chance of success.”

In the White House on the night of July 22, the gloom was palpable. When asked who might serve as finance chairman, no one stepped forward. Truman knew morale among his staff was ebbing fast. It would be an uphill battle to establish his legitimacy, given that he had not been elected to the presidency in the first place. “The greatest ambition Harry Truman had was to get elected in his own right,” Clark Clifford later recalled. “Every president who comes in as Vice President has this feeling. Truman felt it especially  because he had been so criticized and deprecated.”

The president decided it was time for a pep talk. “We  are going to win,” he told those assembled in the White House that night. “I expect to travel all over the country and talk at every whistle-stop”—alluding to his successful speaking tour back in June. “We are going to be on the road most of the time from Labor Day to the end of the campaign. It’s going to be tough on everybody, but that’s the way it’s got to be. I know I can take it. I’m only afraid that I’ll kill some of my staff—and I like you all very much and I don’t want to  do that.”

“Dewey, Wallace, the cockeyed Southerners, and then if I win—which I’m afraid I will—I’ll probably have a Russian war on my hands.”

Around this time, Truman met with members of the Democratic National Committee in the East Room of the White House, to talk over the campaign itinerary.

“The situation isn’t as bad as the newspapers make it look,” Truman said. “It is my intention to go into every county in the United States if possible. I want to see the people. This is the only way to answer the Republicans.”

Outwardly, Truman was ever the optimist. But he knew the challenges he faced. “It’s all so futile,” he wrote his sister. “Dewey, Wallace, the cockeyed Southerners, and then if I win—which I’m afraid I will—I’ll probably have a Russian war on my hands. Two wars are enough for anybody and I’ve had two [in the European and Pacific theaters of World War II].”

His goal was to see the people, to explore the places where candidates typically did not go, and to talk to voters face-to-face from the back of a train car. The more places he ventured, the more people he could attempt to woo, and in the process, he could share the magic of the American presidency with everyday Americans. “I’m going to make it a rip-snorting, back-platform campaign to what Taft calls all the whistle stops, but I call them the heart of America,” he was quoted as saying in the summer of 1948. “When they count the whistle stops’ votes, Taft may be in for a big surprise. I think the whistle stops will make the difference between victory and defeat.”

Excerpted from Dewey Defeats Truman: The 1948 Election and the Battle for America’s Soul by A. J. Baime. Copyright © 2020 by A.J. Baime. Reprinted by permission of Houghton Mifflin Harcourt Publishing Company. All rights reserved.

A. J. Baime is the author of Dewey Defeats Truman, The Arsenal of Democracy: FDR, Detroit, and an Epic Quest to Arm an America at War and Go Like Hell: Ford, Ferrari, and Their Battle for Speed and Glory at Le Mans. His book The Accidental President: Harry S. Truman and the Four Months That Changed the World was published in 2017. Baime is a longtime regular contributor to the Wall Street Journal, and his articles have also appeared in the New York Times, Popular Science, and Men's Journal. He holds an MA in literature from NYU and currently lives in Granite Bay, California. Visit A. J. at Facebook.com/ajbaime and Trumanbook.com.

On the Global Appeal of Sesame Street 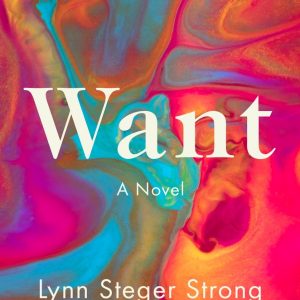 I was 13 and she was 14 and we were high school freshmen. A boy I thought I loved loved her, and I stayed on the phone with...
© LitHub
Back to top
Loading Comments...