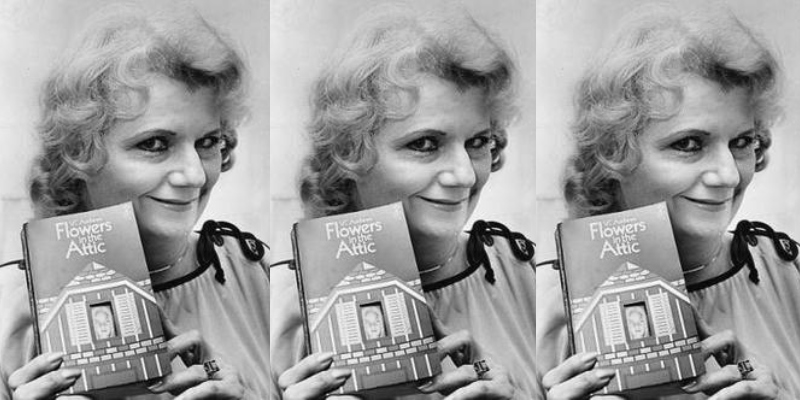 On the Ableist Attitudes That Framed V.C. Andrews as a Character in One of Her Novels

In this episode, Catherine Nichols and Sandra Newman continue their discussion of V. C. Andrews’s Flowers in the Attic (1979) and the story behind the story—particularly the ableism Andrews encountered in how she was marketed to her readership, plus her strong opinions on gender that didn’t stop her publisher from hiring a male ghostwriter to write under her name after her death in 1986.

Sandra Newman: She was 56 years old when the first book was published, and according to her, she had been writing for years and years and years and had written over a dozen books already, had not had much success publishing them. And she had made her living as a graphic artist. But all this time, because V.C. Andrews had a spinal injury and was disabled and used a wheelchair, she was living with her mother and being taken care of by her mother. And this always really fascinated people. They see that as, in its essence, gothic. It’s almost like a Norman Bates situation to people. There’s something sick about living with your mother in the first place, and the idea that she is in a wheelchair and inevitably the mother in this situation becomes an evil presence, like Corrine in the novel.

And there are these notes about it—her mother outlived her, for one thing, which never looks good. And her mother did not read her books, which also, if you’ve ever been in a family where people don’t read your books, it actually doesn’t mean that much. It usually means that they don’t read books very much. But it just looks bad. So people from her publisher onward have framed this as a kind of creepy situation—which she did not like. She did not appreciate that one bit.

Catherine Nichols: Yeah, I was really interested in some of the ways that she was talking about herself and her body. Like that it was a big deal to her that she used a wheelchair but that she didn’t have to, that she actually was capable of walking. She just couldn’t walk far, or it was with great difficulty. And I was thinking, I wish that she had access to the internet. I wish that she had access to disability Twitter. I wish she could talk to other people who are looking at, why is that the line where you’re drawing your sense of dignity from? Why is there a degree of ability that you think you should sort of claim for yourself and defend, when it just seems like the way that she was being treated by the whole publicity machine was pretty dehumanizing.

And as we discussed in the last episode, the idea of a mother taking care of an adult, disabled daughter, it’s either the mother is the victim or the daughter is the victim. But it doesn’t seem like there’s a way of telling that story in which both people are fine and are a family who are living dignified lives. Somebody always has to be the gothic wrongdoer.

Sandra Newman: Yeah, and it’s all framed as impossible. It was treated almost as a black box that you couldn’t look into. And she would keep trying to say, no, actually, I have friends, I have a relatively normal life. But they refused that and completely suppressed that and treated her as if she were an object of gothic horror herself. 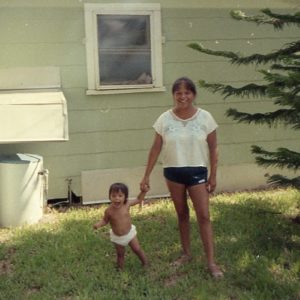 Photo courtesy: Danielle Geller My mother left the Navajo reservation almost as soon as she could. At nineteen, she moved...
© LitHub
Back to top