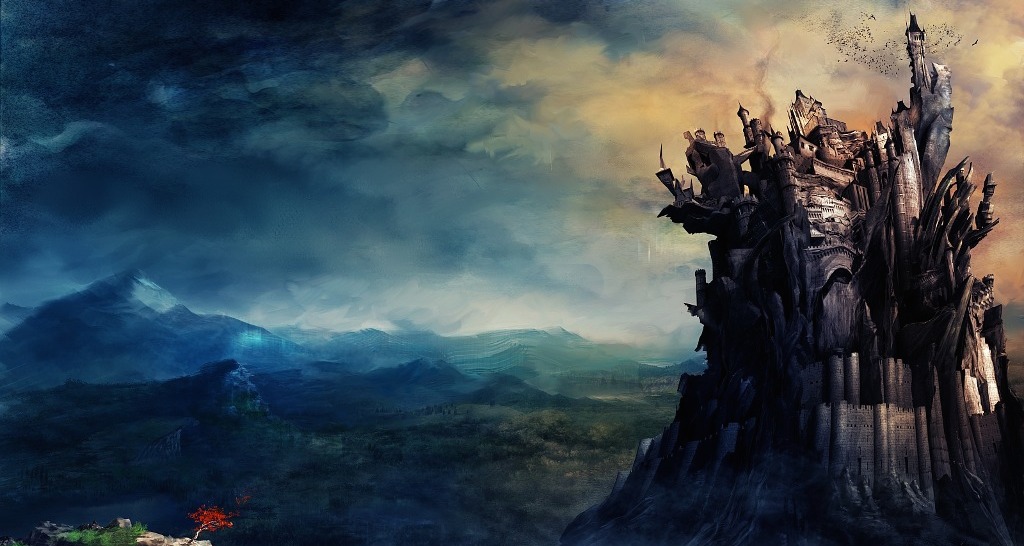 Sofia Samatar Reflects on the Rich Language of Fantasy

There was a library and it is ashes. Let its long length assemble.

These words made me a writer.

When I was in middle school, my mother brought home a used paperback copy of Mervyn Peake’s Gormenghast. “I thought this looked like something you might like,” she said.

At the time, I was an avid fantasy fan, but also an increasingly tired and gloomy reader. Driven by an early love for J.R.R. Tolkien and Ursula K. Le Guin, I had exhausted the fantasy shelves at my school and downtown libraries in just a few years, and my only remaining source of new books, in those pre-Internet days, was Waldenbooks at the local mall. There I wandered every Saturday with my allowance in my pocket. One weekend I was lucky enough to discover Labrador by Kathryn Davis, which was shelved among the commercial fantasies either by mistake or through some audacious genre-busting among the staff. Most of the time, though, I read disappointing books looking for something good. I had been to Mirkwood Forest, so I read books full of watered-down Mirkwoods, wondering why the feeling was not the same. I had heard the terrifying words uttered among the Tombs of Atuan: She is eaten. And so I paged through paint-by-numbers landscapes and twee rhyming prophecies, searching in vain for the feeling I called fantasy.

I can still recite the opening words of Gormenghast: “Titus is seven. His confines, Gormenghast. Suckled on shadows; weaned, as it were, on webs of ritual: for his eyes, echoes, for his ears, a labyrinth of stone: and yet within his body something other—other than this umbrageous legacy. For first and ever foremost he is child.”

A revelation. I still feel the excitement of it: that you can start a book this way, start a fantasy novel this way. To begin with description rather than action. The sentence fragments. The alliteration. The word umbrageous.

Gormenghast is the second book in a series. My favorite part is the beginning, in which Peake describes characters and key events from the first book, Titus Groan. In terms of function, this section is like the opening of a TV serial: “Last time, at Gormenghast Castle…” But Peake is always more about form than function. His aesthetic is grotesque elaboration. The descriptions of the characters ripple and radiate. They are marvelous, ornate prose poems.

Consider this word-painting of the dead Earl of Gormenghast, Titus’s father:

There was a library and it is ashes. Let is long length assemble. Than its stone walls its paper walls are thicker; armored with learning, with philosophy, with poetry that drifts or dances clamped though it is in midnight. Shielded with flax and calfskin and a cold weight of ink, there broods the ghost of Sepulchrave, the melancholy Earl, seventy-sixth lord of half-light.

It is five years ago. Witless of how his death by owls approaches he mourns through each languid gesture, each fine-boned feature, as though his body were glass and at its center his inverted heart like a pendant tear.

Reading this at the age of 13, I understood that fantasy, the place I was looking for, is not to be found in dragons, ghosts, or magic wands. It resides in language. Fantasy is death by owls. It’s mourning through gesture. It’s music, incantation in half-light. An inverted heart.

For years after reading Gormenghast, I didn’t read genre fantasy. Later, I came back to it. Now, I read eclectically and with confidence, because I know what I want. I know that Mirkwood Forest is where Jane Eyre walks in the cold and catches sight of the Gytrash, a goblin dog with “strange pretercanine eyes.” I hear the words “She is eaten” when I read Bhanu Kapil’s Humanimal: A Project for Future Children, a book about girls raised by wolves. I get my fantasy from Anne Carson’s Autobiography of Red, from the creepily tender narrator of Kate Zambreno’s Green Girls, from the sinister double that haunts Tayeb Salih’s Season of Migration to the North, from the weird performance of the writer in a story from Amina Cain’s Creature: “I walked across the floor of the gallery, dragging my foot.”

As a critical reader, I love a good argument over genre, and will happily sit down with you to discuss circulation, reception, gate-keeping, and the power of the market. As a writer, I don’t care. There was a library, a library of fantasy, and it is ashes scattered throughout the literary world. I assemble its long length.

Sofia Samatar’s second novel The Winged Histories will be published in March. She is the author of the novel A Stranger in Olondria, the Hugo and Nebula nominated short story “Selkie Stories Are for Losers,” and other works. She has won the John W. Campbell Award, the Crawford Award, the British Fantasy Award, and the World Fantasy Award. Two of her stories were selected for the inaugural edition of the Best American Science Fiction and Fantasy. She has written for the Guardian, New Inquiry, Believer, Strange Horizons, Clarkesworld, and BOMB, among others. She lives in California.
http://www.sofiasamatar.com/

This is Not a Defense of Poetry 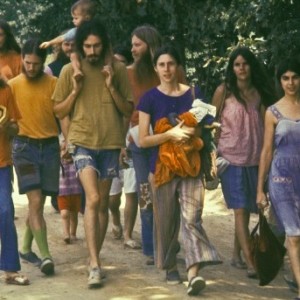 It’s happy hour at our favorite Brooklyn haunt, and my girlfriends and I are complaining about New York again. It’s something...
© LitHub
Back to top