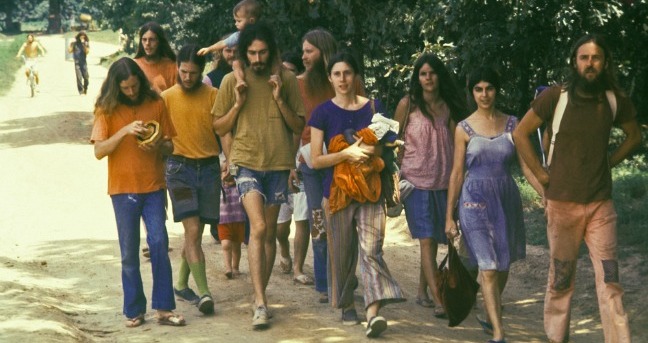 Or, How to Be an Adult Woman in NYC

It’s happy hour at our favorite Brooklyn haunt, and my girlfriends and I are complaining about New York again. It’s something all New Yorkers do at least once a day, like coffee or sexy subway eyes. Today’s complaint topic is if it’s possible for us to become actual adult women here, and if so, how. Actual adult women, we’ve heard, have started saving their money a little bit. Actual adult women are keeping track of their ovulation patterns, setting up baby bedrooms. Actual adult women have time to cut up vegetables and a place for their shoes. Though we are all relatively successful and make what would be considered in any other city to be excellent salaries, and though we conduct ourselves within our creative and professional circles with a modicum adult-style confidence, we cannot imagine any of these things for ourselves. New York, we conclude for perhaps the 50th time this year, is stunting our domestic growth.

Soon, as it often does after the first cocktail, the conversation becomes more abstract, and more ardent.

“I don’t get how we are supposed to do it,” one of us says. “If we do have a kid, and we wanted to keep our job, we’d have to leave it with a 20-dollar-an-hour babysitter every day, which is like, most of the money we make.”

“Yep,” another of us says. “So then you might as well stay home with the kid. But what if you don’t want to. You know? What if you still want to work? What if you like work?”

“And what are we going to do, raise a kid in our one bedroom basement apartment? None of it makes any sense. There has to be another way.”

And this is the moment when we start to scheme about a commune.

I grew up in a small beach town in Northern California, just south of Santa Cruz. My parents bought our chunk of land—ten acres on a hill that overlooks the wide U of the Monterey Bay—in the late 70s, with a group of eight other people. They were in their twenties and early thirties; my mom was in her late twenties—younger than I am now. Many of them barely knew each other—they were friends of friends of friends—but none of them could afford to buy land by themselves, and so they decided to buy some together. Some of them borrowed the down payment—$5,000 each—from their parents. Others had saved up. They all moved into the shack that existed on the property in 1979, and began to build up their houses, the barn-style redwood ones my sisters and I would grow up in.

There are a few questions people always ask when I tell them about my parents’ living situation. 1) So were they all, like, hippies? 2) Did they all, like, hook up with each other? 3) Did they all, like, work on the land? Or do pagan rituals? Or make gods eyes to sell at farmers markets? It’s hard to dispel these notions of what a community in the hills of a town with hippie tendencies might look or be like, but I try to do it in a few quick strokes. “It’s actually super normal,” I say. “Everyone has their own jobs. There’s a stock broker, an architect, a painter. And everyone has a night to cook, so you only have to cook once a week.” At this point, I either get a little nod of approval or a blank stare. “It’s practical,” I say. “Built-in child care, shared housework. It makes sense.”

It does make sense; I experienced it first hand. My mother, a successful radio producer, attributes her creative career in large part to the commune, the structure of support that it gave her domestic life, so that she could work. If she had had to cook dinner every night, she’s told me more than once, it would have been a different story. She could let us kids run around in the fields or explore the woods, acting as our own little daycare. When one parent couldn’t pick us up from school because they had a deadline or an event, someone else always could. And though many challenges and sacrifices were involved, and there were discords and holes, the many hands of the members made a net. By nature of the arrangement, it would be more difficult for any individual or couple to fail, or to fall.

“What if we all went in on a brownstone,” one of the girlfriends always says, mid-Drink Three. “Like a four-story brownstone in Bed Stuy. Even a shitty one. We could renovate.”

“Yeah, or maybe an old warehouse and we could build up walls.”

“What if we went upstate, then. Hudson or something. Poughkeepsie?”

“Yeah maybe upstate. But what would we do? Commute to our jobs?”

We laugh. Our commune is quickly becoming as depressingly unlikely as actually affordable healthcare. It would solve so much. It would make so much sense. So why can’t we make sense of it?

Everyone’s heard the horror stories: free love gone haywire, a cult leader gone rogue or murderous, too many tabs of acid. Disagreements over childrearing, jealousy over dysfunctional polygamy, the whole idea of utopia toppled and crushed. Following the failures of so many intentional communities of the 1960s and 70s, there has been a general societal consensus: we just weren’t meant to live that way.

But what happens when the other way, the nuclear, “normal” way, also isn’t working? What happens when the cities we live in or our political systems are not holding us up, supporting us in a way that makes that normal life possible? Do we just swallow it, continue to work for nine hours a day while our tiny child is raised by a nanny? Do we continue to rely on one other person—a partner or spouse—for every single thing we need, from emotional support to sex to financial stability to taking out the garbage to taking care of us in our old age? Do we keep jobs that we do not morally believe in because they are affording us our over-priced apartments? Or do we look for alternatives, seek out something more sustainable, build something new? In our current moment in our current mood, both options seem sort of impossible.

There were many social and political and cultural factors involved in creating the climate that spurred the communal living movement of the 60s: the suffocating suburban lifestyles embraced by post-Depression parents, the malaise of television and bland, processed foods, the coverage of the Vietnam War and the ensuing distrust of government, a growing distaste for the evils of capitalism and greed by a younger generation more educated and privileged than any before them. Then there was Watergate, the assassinations of JFK and MLK—it seemed that the country was in a state of complete decay. People wanted out. And so you got Haight-Ashbury, flower children, communes. Attempts at rejection of a society and political environment that wasn’t serving its people what they wanted or needed.

You could certainly draw similarities from that generation to ours. The complete disaster of the 2008 crash, the corporate greed that threw the country into a tailspin of lost jobs and declarations of bankruptcy, family breakdowns and foreclosed homes. The consistent onslaught of technology that, as it connects us, makes us feel more and more disconnected. The price of higher education that has saddled our brightest thinkers with mountains of debt. Insane real estate bubbles that drive out long-time residents and neighborhood restaurants and replace them with tech start ups and shiny buildings and chopped salad places. Dissatisfaction with political agendas that have not been pushed as far as we need them to be to make a difference. The idea that Donald Trump could ever be considered as a presidential candidate. The idea that Donald Trump exists at all. So why aren’t we doing what the hippies did? Why aren’t we fleeing the rat race of the city, moving onto vegetarian farms or self-sustaining ranches? Why aren’t we taking a stance with our lifestyles, instead of being swept up in the ones we’ve been prescribed: massive monthly student loan payments, basement apartments, advertising jobs with 401k’s, no adult womanhood in sight?

I think we might be scared. Many of us emerged into the adult world and workforce just as the economy came crashing down. Many of us watched our parents lose their jobs or struggle financially in a way we’d never witnessed before. Where they had raised us to pursue our dreams, no matter how unviable they were in the “real world,” they now urged us to take the job with the good paycheck, savor the stability. There was a clinging, a desperation. We needed to feel held, even if the thing that held us was a corporate job to which we had to wear a suit, something our arts education had not prepared, let alone excited us for. Some labeled us “the New Victorians”; we prized prosperity and growth because it seemed, on a bigger scale, to be so scarce, something that needed to be coveted. When we did talk of alternatives, they were stylized—our toddlers would play in the communal playroom of a sexy Brooklyn warehouse. In a way, our reaction was the opposite of the 60s generation: despite being dissatisfied with our America, we bought deeper into it rather than buying out altogether.

A few of my friends have started having kids in New York, and it turns out its going fine. Despite lacking second bedrooms, and despite having to quit their jobs to take care of the babies, they are doing it: being real adult women, working it out. Sometimes they bring the babies to the bar; we pass them around. We spend some time complaining about New York, but we also discuss issues we’re having in our studios, how we’ve been organizing our time, whether or not we should quit our jobs and go freelance, whether someone can watch someone else’s dog while they’re out of town. It’s during these moments when I see New York a bit differently than I usually do. An individualist rat race driven by capitalist greed, yes. An impossible place to feel as if you are getting “ahead,” yes. But in a way, the city is also its own alternative way of life. We’ve decided to live here, despite its holes and discords, because we can gather with likeminded people, exchange thoughts and ideas, bump up against and exist amongst every other kind of person there is, avoid the sameness of the suburbs. We’ve gathered here like a family that isn’t related, that depends on each other by necessity and by design. Whether we’ve acknowledged it collectively or not, we’re here because the many hands of the city make a net.

Molly Prentiss was born and raised in Santa Cruz, California. She was a Writer in Residence at Workspace at the Lower Manhattan Cultural Council and at the Blue Mountain Center and was chosen as an Emerging Writer Fellow by the Aspen Writers Foundation. She holds an MFA in creative writing from the California College of the Arts and now lives in Brooklyn. Tuesday Nights in 1980 is her first novel. 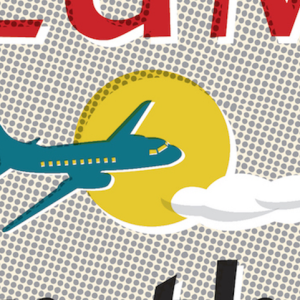 Like many of us, I grew up reading Judy Blume novels, furtively passing Forever and Are You There God, It’s Me Margaret...
© LitHub
Back to top