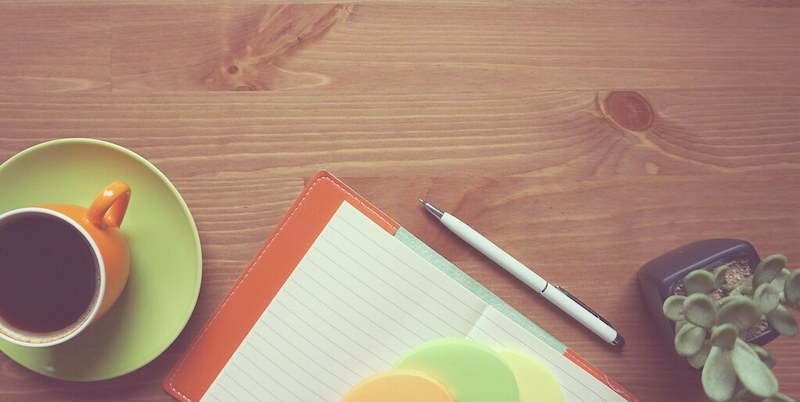 “i paid for wifi. i was texting with people, and it was very turbulent, and i thought i would actually die. i would die drinking a diet coke i had not even wanted.” 12.29.19

Though I’ve kept journals on and off since I was a kid, my current streak of rigorous daily journaling began in September 2017, at a writing residency. The entries began as “letters” to someone who I couldn’t talk to as much as I wanted, because our relationship was falling apart. Composing letters I’d never send was a rhetorical trick that helped me express my feelings without involving the other person, and it became a way of describing the mundane yet special-to-me details of my days at the residency. It felt more natural to narrate to a specific person, even if they would never read it.

When I returned to San Francisco, I found the relationship was over for good, but I continued the habit of writing daily accounts, with the salutations lopped off. They’re still letters, in a way, messages projected to my future self, like notes in a time capsule. Journaling forms the shadow side of my writing practice, an ocean of private words running beneath the public ones.

My routine is one thousand words every morning—never fewer, but aiming not to go over by more than 100 words. It’s become a ritual, something I’m oddly superstitious about failing to complete, and it’s made me a more disciplined writer. If fiction writing is the big game, journaling is lifting weights and running laps, or whatever it is athletes do. It purges my brain of stale thoughts so I can write fiction with a clearer channel to my subconscious mind. It “loosens the ligaments,” as Virginia Woolf wrote of her journaling practice. It also strengthens my habit of noticing.

For instance, on December 12, 2017 I recounted an incident from the night before: “i scraped the drying wax from the table using a plastic spoon. the wax flakes fell onto the floor and i tried to grind them into the floor with my boots. then i went upstairs and my boots were sliding on the pavement as though it was ice.” Votive candle wax on the soles of my boots, transforming the dry sidewalk into ice, is an image I can imagine repurposing in fiction.

I’ve always feared time slipping by unremarked, years merging together into a gray haze, with a few arbitrary bright spots shining out here and there. Living in San Francisco heightens the feeling of time feel clumped together, without the differentiation of seasons. I have a bad memory, and a selective one. It’s tempting to sanitize the past to protect my ego, and promote a flattering view of myself as the hero of my story. Reading old entries prevents slippage into dishonest generalizing.

I probably wouldn’t have remembered this feeling from 2018, obsessing over a breakup, if I hadn’t written it down: “i wish i could have taken his desire for me and boiled it down into a liquid solution that i could spray on myself now, to remember.” Such a sentiment now seems embarrassingly maudlin, especially as I no longer feel anything toward the person whose desire I wanted to boil down. Yet I also like the concept of the desire-cologne, and without the journal, I would’ve had no place to put it.

I’m sending off these missives to a future version of myself, someone who is smarter, wiser, a better writer.

Or take another night in 2018: “the shawarma wrap dripped all over me as i sat on my disgusting unraveling couch watching a documentary about Chappaquiddick.” I’m sure that unremarkable, solitary night would have vanished from my memory entirely if I hadn’t journaled about it, but reading this entry, I’m jolted back to moment: the wrap dripping red sauce down my wrists, the lumpy seat of the yellow brocade couch my cats tore the stuffing out of until it was a husk they could nap inside.

For my entries, I use Courier font, size 10, the document landscape-oriented and split into two columns. I’m not sure how I arrived at these conventions; part of it was wanting my journal to look and feel different from my other writing. It makes the entries feel like art objects, complete as they are, as opposed to raw text that will be shaped into a final product.

The Courier font and the columns make it look like a newspaper, something written on a typewriter, and I try to write each entry with a reporter’s speed and accuracy—type continuously until I reach 1000 words, and wire it off to my laptop’s hard drive. The content is often banal, with an appealing pithiness that, over the course of many entries, begins to form a persona. For instance, during a romaine recall in 2018, I wrote: “maybe i too will soon be dead from lettuce.”

Being a writer means always fighting for time to write, but the struggle doesn’t end there. My novel-in-progress lurks on my laptop, like soup that’s been sitting on the stove overnight and formed a skin. Starting writing each day feels painful, even if it went well the day before. Once I’m warmed up, immersed in the story, I remember that writing is my favorite thing to do. I need discipline to get past the stiff beginning stage and into the flow state, which a low-stakes exercise like journaling provides. It demystifies writing a bit, turning it into an act so habitual I complete it thoughtlessly, like brushing my teeth.

Upon finishing the day’s entry, I read back on the last four years’ entries for that date, starting with the oldest one. Sometimes I skim them, just to remind myself of what was going on in my life, touching the memories like old dresses in a closet. It’s interesting to see patterns recur. I was unable to sleep on the same night two years in a row. The same mild resentment toward a friend cropped up on the same date.

I don’t know what it’s all leading to, and I don’t have to.

Often I’d rather skip the rereading and get in the shower, but I feel obligated to read the old entries, as though I’m paying respect to a past version of myself. Revisiting past feelings helps me take my current ones less seriously. I was annoyed at x, I got over it, I’ll be annoyed at them again and will get over it. The wheel keeps clicking forward.

“i ordered this salad and my friend ‘copied’ me and ordered the same thing. people really should think for themselves more.” 4.21.19

My practice was shakier at the beginning, but now it’s rock solid. The last day I forgot to journal was March 9, 2018. I think of journaling day after day as “building the spine” of the animal that is the overall project, and 3/9/18 is a missing vertebrae, which galls me a bit. One summer I went camping and brought a notebook, in which I wrote daily entries and later transcribed them into Word documents. I don’t know if this rigidity is fruitful or merely a byproduct of anxiety, but either way, I can’t imagine stopping now.

I have a sense that all this material will come in handy in the future. My life is too boring to write a traditional memoir about, but I suspect my journals will one day be source material for a project I haven’t yet conceived. I’m sending off these missives to a future version of myself, someone who is smarter, wiser, a better writer. Sometimes as I read through past entries, I save a line or a section into a note on my computer. I’m assembling layers of reference, my records compounding year over year, events from my past now taking on a sheen of dramatic irony. I’m powerful in relation to my past self, the way an omniscient narrator is powerful over the book’s characters. I know what’s going to happen to her next.

“i watched a video of a spotted pig eating a baking dish of spaghetti. the owners, the keepers of the pigs, whatever, were standing nearby commenting on the pig’s progress with the spaghetti, admiring how voracious it was.” 3.22.19

Susan Sontag wrote that her journal was “a vehicle for [her] sense of selfhood,” and I feel the same way. The journal slowly reveals my self to me, consisting of joys and grievances and YouTube videos of pigs eating spaghetti. I don’t know what it’s all leading to, and I don’t have to. For now, I’ll keep assembling the spine. 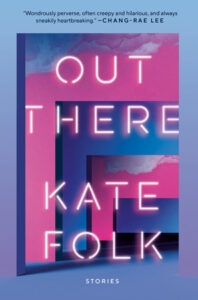 Out There by Kate Folk is available via Random House.

Kate Folk has written for publications including The New Yorker, The New York Times Magazine, Granta, McSweeney’s Quarterly Concern, and Zyzzyva. She’s received support from the Headlands Center for the Arts, MacDowell, the Vermont Studio Center, and the Virginia Center for the Creative Arts. Recently, she was a Wallace Stegner Fellow in fiction at Stanford University. She lives in San Francisco. Out There is her first book. 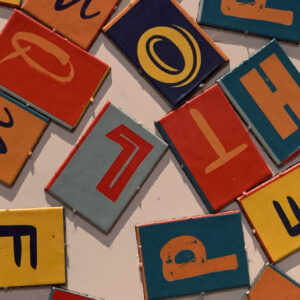 Languages change continually and in wide variety of ways. New words and phrases appear, while others fall into disuse. Words...
© LitHub
Back to top
Loading Comments...