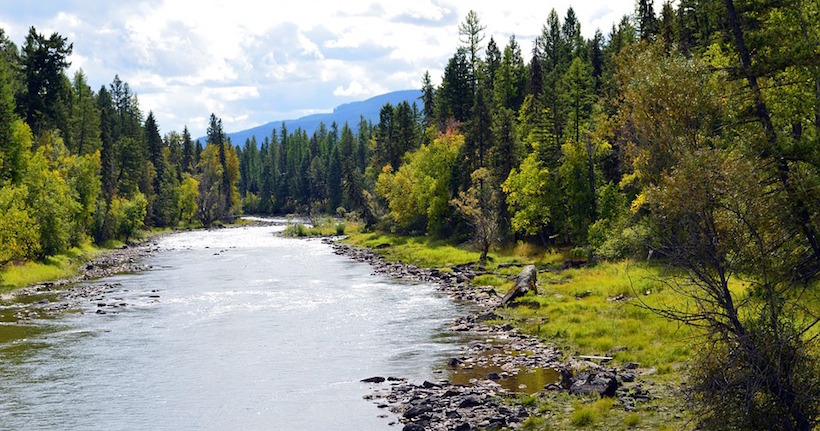 John N. Maclean Details the Trip That “Marked the Coming of the White Man”

For centuries, Native Americans wore a trail along the Blackfoot river as they traveled through the Blackfoot Valley and across the Continental Divide, out and back to the buffalo hunting grounds in the Missouri River country to the east. They called the Blackfoot River Cokahlarishkit (there are various spellings), “the river of the road to the buffalo.” The trail—or rather, the road—along the river was a lifeline for tribes west of the Divide who followed it to the plains, in winter as well as summer, to hunt the buffalo that provided food, clothing, tools, and shelter.

Meriwether Lewis and a small party were the first white men to travel through the Blackfoot Valley and record their observations. Far from blazing new trail, they traveled the ancient road, so well worn that traces of it remain to this day. Lewis had separated from William Clark to broaden their explorations on the return journey of the Corps of Discovery in 1806. Lewis and nine of his men, five Nez Perce guides, seventeen horses, and his Newfoundland dog Seaman parted from Clark at Traveler’s Rest on Lolo Creek in the Bitterroot River valley on July 3, 1806, intending to rejoin Clark on the Missouri River.

Today, Highway 200 from Bonner at the confluence of the Blackfoot and Clark Fork rivers to the Continental Divide follows in a general way the ancient trail. Scattered signs remain of its presence in the form of short sections of deeply worn trail and lichen-covered rock cairns used to mark it. A few are well known, but some are recent discoveries that haven’t yet entered the history books. Ron Cox, historian for the Seeley Lake Historical Society, has explored the road to the buffalo for decades on foot and by horseback and motor vehicle, and he and other local history buffs have made fresh finds. I found it intriguing not only that marks of the ancient trail exist, but that some are semi-secret or at least not common knowledge. I asked Cox, a friend and Forest Service retiree who calls himself a “dirt forester,” if he would retrace the trail with me, and he generously shared what he and others have found. The journey of one hundred twenty miles from Traveler’s Rest to the Continental Divide took Lewis four and a half days. Going back and forth over the route took me, sometimes with Cox, many more days, stopping, going back, moving on. The experience had the happy by-product of affording me a ground-level view of the Blackfoot Valley from stem to stern, or very nearly so.

After parting from Clark at Traveler’s Rest, the Lewis party crossed the Clark Fork and camped near a small tributary, Grant Creek, on the outskirts of present-day Missoula. They spent the next morning, July 4, at the campsite, sending out hunters and saying goodbye to the friendly Nez Perce who had guided them over the mountains. The Nez Perce refused to accompany the party any farther, however, because they feared an attack by the Blackfeet. They warned Lewis he was heading into danger, but told him he would have no trouble finding the well-worn trail on his own. The party saddled up about noon and passed through today’s Missoula. That part of the route can be followed in a general way by automobile, along the Mullan Road and then Broadway. The party forded Rattlesnake Creek at about the place Broadway now crosses the Rattlesnake, at a bridge that has a plaque from the 1930s mistakenly claiming it marks the July 3 campsite. They reached the confluence of the Blackfoot and Clark Fork rivers after riding ten miles from camp and turned up the Blackfoot, following the trail on the north side of the river.

The journey through the Blackfoot Valley marked the coming of the white man and the beginning of the end of the road to the buffalo.

Lewis recorded his first impression of the Blackfoot in his journal. He noted it was sixty yards across, turbid, and “wide deep and rapid. the banks bold not very high but never overflow.” Neither the Clark Fork nor the Blackfoot appeared navigable to him, “in consequence of the rapids and shoals which obstruct their currents.”

For the first upriver miles, the river flows in a narrow gap between steep mountains that in places on the south side, opposite the ancient trail, come down to the river and make foot or horse travel impossible. Highway 200 offers an almost continuous view of the river along this stretch, which has become one of the most popular for float fishing. Lewis described this leg of his journey as poor land, “timbered country, mountains high rock and but little bottoms.” With few exceptions, the mountains are of sedimentary rock, part of the Precambrian Belt formation, and easily break off in crumbly sheets. The effect is dramatically apparent in these first miles. Layers of shale at various angles from horizontal to straight-up vertical rise above the river. The rocks, formed from sand and mud, were bulldozed into these shapes by a gigantic tectonic plate that geologists estimate moved east into Montana seventy to seventy-five million years ago. Freezing, melting, and other effects break up the rock, which sloughs into huge fanlike piles that can block easy passage along the river. The explorers noted occasional rough going, but never once complained they couldn’t find the trail.

The party marched upriver for eight miles until the narrows opened into a flatland with grass for the horses, and they camped there. Today, the Angevine fishing access off Highway 200 is regarded as the likely place for this campsite. Cox thinks the party may have gone a short distance farther along to a spot that has freshwater springs, which would have been welcome with the Blackfoot running high and dirty. Artifacts uncovered there in recent times, he said, show it was an occasional Native American campsite; it’s now in private hands. From the Angevine parking lot, it’s only a short distance to the river, which runs hard against a wall of rock on the far, south side. The scene, masked from the highway by trees, appears much the way it did for the explorers. The day I walked over from the parking lot for a look, I startled a pair of Canada geese. They glided into the current and effortlessly rode it downstream. It was easy to imagine a campfire on the riverbank, and Lewis and his men lounging at their ease after supper. In his journal, Lewis said the evening was fine, the air pleasant—and no mosquitoes.

The next morning, July 5, the expedition got an early start, at 6 am Lewis noted seeing an old Indian encampment of nearly a dozen lodges on the opposite shore: the likely site can be viewed today from Highway 200 milepost 10. A mile farther along, the highway crosses the river and proceeds through the Potomac Valley, leaving the river behind. Potomac Valley, where Native Americans dug for the bulbs of camas plants, today is used for field crops and pasture. The ancient trail stayed with the river and entered a narrow canyon that is part of today’s Blackfoot Recreation Corridor, which offers 26 miles of public access. A gravel road follows the river through the corridor on the south side, opposite the ancient trail, until it crosses to the north side at Whittaker Bridge, about halfway through the canyon. From there, the road climbs the hills for easier going, just as the ancient trail did in places to avoid long river meanders, obstacles, and brushy river bottoms.

About 11 am Lewis came out of the narrows into a “handsome and extensive Valley and plain,” today’s Ninemile Prairie, a place of quiet beauty about nine miles long. It’s three-quarters of a mile to several miles wide, bounded by the Blackfoot River to the south and a row of low hills on the north. Lewis noted that the trail passed at some distance to the left of the river, over by the hills. The Lewis party rode toward the hills, where a little drainage watered an aspen grove and created a green oasis. There they stopped to eat and let their horses feed.

Today the grove is easy to spot. The white mottled bark and quaking leaves of the aspen trees stand out amid the dun-colored prairie grass and the stately Ponderosa pine trees on the hills. This portion of the prairie is scrubby and relatively undisturbed; there are ranches and scattered homes farther north. I parked where the gravel road emerges from the narrows and walked on from there to the grove, about a mile away. Roughly halfway there I came upon two large, flattish, lichen-covered rock piles in rectangular shapes. Cox had told me about them, and their purpose is a mystery. Passing between them takes you straight to the grove, suggesting they could be Native cairns marking the ancient trail that Lewis followed, possibly worn to flatness by time. 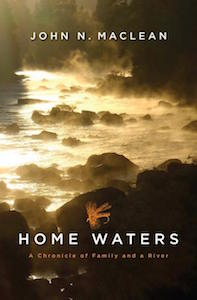 John N. Maclean is an award-winning author and journalist. He spent thirty years at the Chicago Tribune, most of that time as a Washington correspondent. After leaving the Tribune, Maclean wrote five nonfiction books about wildland fire that are considered a staple of fire literature as well as training material for firefighters. Maclean is the son of Norman Maclean, author of A River Runs Through It. The younger Maclean, an avid fly fisherman, lives in Washington, DC, and at a family cabin in Montana. 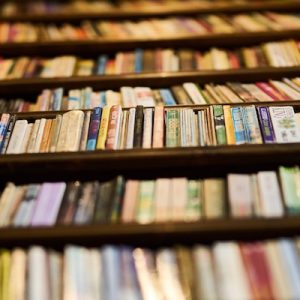 Once a week someone will approach me in the bookstore where I work and ask me what kind of books I like. This question...
© LitHub
Back to top
Loading Comments...