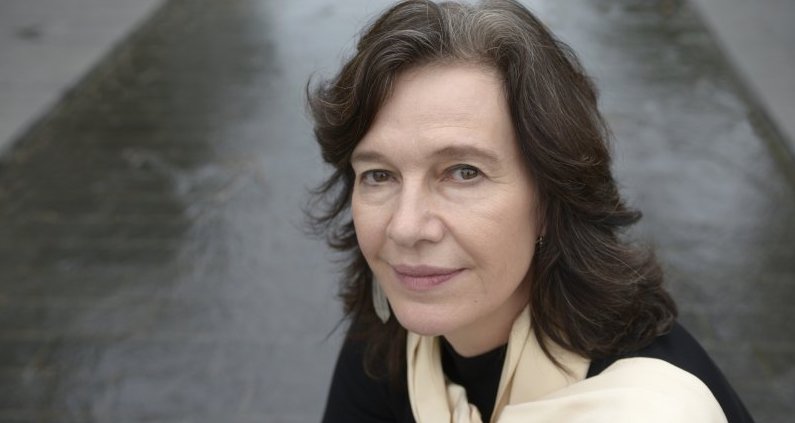 James Lenfestey on an Icon of the Native American
Literary Renaissance

In 1970, I founded one of the first college courses in Native American Literature. I knew nothing about it, trained in the mainstream white male literary canon of the day, but I heard the drums: The drums of the Native activist takeover of Alcatraz Island in 1969, and back near my hometown of Green Bay, Wisconsin, the DRUMS (an acronym for “Determination of Rights and Unity for Menominee Stockholders”) of stirring resistance to the effects of federal termination of the Menominee reservation.

Plus the growing beats of the early Native civil rights protests by the nascent American Indian Movement emanating from its hometown of Minneapolis, Minnesota, which would rise to a national crescendo with the occupation of Wounded Knee in 1973.

In literature, the thunderbolt was the 1969 Pulitzer Prize awarded to House Made of Dawn, a brilliantly lyrical novel by Kiowa poet and painter N. Scott Momaday. That spark burst into flame soon enough in the works of James Welch, Leslie Marmon Silko, Gerry Vizenor, Duane Niatum, Linda Hogan, Simon Ortiz, and an efflorescence of poets including current U.S. Poet laureate Joy Harjo, clustered into what is now termed the Native American Renaissance of the 1970s and 80s.

A full flowering of that Renaissance occurred in 1984 with the publication of Love Medicine by Louise Erdrich, an author of Ojibwe and German ancestry. The book won the National Book Critics Circle Award. The linked stories in Love Medicine housed the author’s now trademark memorable characters and omnipresent sly humor that simultaneously lances the heart, all couched in prose so deft it could have been poetry.

In fact, Erdrich had already won two prestigious poetry awards, and her first collection, Jacklight, was published that same year. Had her poems not been eclipsed by her storytelling ambition, she would today stand in the front rank of American poets.

Glancing back at Jacklight produces a sense of déjà vu. The first poem is titled “A Love Medicine.” Another, “The Butcher’s Wife,” prefigures the novel The Master Butcher’s Singing Club, as does a poem about “step-and-a-half Waleski,” the model for a character in that novel. Then there are persona poems with trickster titles like “Leonard Commits Redeeming Adulteries with All the Women in Town” (“…it is too late for husbands. / Their wives do not question/ what it is that dissolves / all reserve. Why they suddenly think of cracked Leonard.”).

“Cracked Leonard” prefigures trickster characters like Gerry Nanapush of Love Medicine and The Bingo Palace, charming with their mystifying transgressive ways. These poem portraits are characters eager to come to life.

Erdrich makes the supernatural natural, the natural real and radiant.

Come to life they did as Erdrich’s storytelling ran wild, now 16 novels plus a raft of prize-winning young adult novels for which she also supplied illustrations. Plus her unforgettable regional memoir, Of Books and Islands, published by the National Geographic Society in 2003, which opens, “My travels have been so focused on books and islands that the two have merged for me. Books, islands. Islands, books. Lake of the Woods in Ontario and Minnesota has 14,000 islands. Some of them are painted islands, the rocks bearing signs ranging from a few hundred to more than a thousand years old. So these islands, which I’m longing to read, are books in themselves.”

That love of reading signs and stories explains her quixotic decision to found Birchbark Books, her now iconic independent bookstore in Minneapolis.

In addition to delighting legions of readers, Erdrich has won nearly all the book awards, major and minor—the National Book Critics Circle Award again in 2016 for La Rose, the National Book Award for The Round House in 2019, not to mention the Dayton Literary Peace Prize, the PEN/Saul Bellow Award for Achievement in American Fiction, and the Library of Congress Prize for American Fiction, all recognizing a transformative career.

Receiving an honorary doctorate in 2009 from her alma mater, Dartmouth College, she left the students with trademark laconic advice in her commencement speech: “If there’s one thing we all have in common, it is absurd humiliation, which can actually become the basis of wisdom.”

Wisdom built on absurdity and injustice in her latest novel, The Night Watchman, should win her all the awards this year. The book is a masterpiece. How many novels can you report are a sublime reading experience right through the endnotes? And how many can you describe to your friends and family in a text message as LOL and OMG at the same time!

And by “God” mean the full range of the mysterious spiritual eros surrounding and illuminating all life?  And the LOL is no joke! Numerous times I had to drop the book into my lap under barks of helpless laughter. Meanwhile she makes the supernatural natural, the natural real and radiant.

The Night Watchman tells a generous and gentle story, though horror real and imagined lies at the margins of its two main threads. The historical story involves a bill in the US Congress in 1953 to “emancipate” Native Americans by unilaterally terminating the federal treaties with tribes, including the Turtle Mountain Band of Chippewa. The real-life author of this proposal is the Mormon senator from Utah Arthur V. Watkins, a minor character in the novel.

Erdrich employs his espoused religion to include a devastating passage from The Book of Mormon, quoting its purposeful erasure of dark-skinned native people from their native land. And she cleverly creates a fictional pair of sweet Mormon missionary boys decamped for a year among the Turtle Mountains to convert the locals—to hilarious effect as they rub up against very cold Northern winters and very warm Northern inhabitants, especially the women.

The Night Watchman’s framing story of termination is based on Erdrich’s discovery of letters written by her grandfather, the tribal chair of the Turtle Mountain Ojibwe Reservation in the 1950s, who steered the tribe away from that calamity. He was by all accounts a kind and gentle man, and so is his literary avatar, Thomas Wazhashk. The fictional last name means muskrat, the lowly hero of the Ojibwe earth-diver creation story Erdrich tells. He will prove to be a second humble savior.

Erdrich opens the novel with the elderly night watchman punctually performing his rounds inside the jewel bearing manufacturing plant next to the reservation where he and many reservation women work among a resident ghost and visiting snowy owl. To counterpoint his grace, and the fierce fortitude of his wife Rose, Erdrich creates Patrice Parenteau, Thomas’s headstrong granddaughter. Her father a violent alcoholic, her sister Vera vanished into the Twin Cities and not heard from, Patrice sets out to find her, touring a hellhole of 1950’s skid row bars, prostitution, and abduction.

A highpoint of the story is a boxing match organized by Thomas to raise the funds needed to get the tribal delegation to Washington to testify against the termination bill. Readers have more fun than is legal witnessing the match. Imagine the school superintendent, an over-the-top Howard Cosell, calling the fight in the enthusiastic chaos of a small town community hall where by now we know most of the participants, from the frustrated loves and lovers of the high school boxing coach and the fighters to the audience members cheering in wild abandon.

As always in an Erdrich novel, “love medicine” is everywhere, with its surprising tics and quirks—how love tricks and baffles and enfolds us.  Here everyone is in love, moony and wondering and exploring and familiar and distant and dangerous, the younger ones in lust or in between. The funniest sex talk you will ever overhear is delivered to naïve Patrice by a female friend in the back seat of a car.

Erdrich readers receive a “love medicine” from all of her memorable characters through their small and large difficulties.

The last chapter fittingly belongs to Thomas, back on his rounds, occasionally searching for an elusive word after the effects of a mild stroke. “His mind was everything to him, but he hadn’t the slightest idea how to save it. He just kept diving down, grabbing for the word, coming back up.” The Night Watchman offers in Thomas Muskrat a humble savior watching out for us all—and with Patrice, readers will find themselves drinking sweet water tapped from birch trees as spring breaks out across the northland, miraculously refreshed.

I give away no great surprise to say the Turtle Mountain reservation was not terminated, although in her afterword, Erdrich reminds us that 113 reservations were, to terrible effect, and that the federal government is at it again. “Lastly,” she writes, “if you should ever doubt that a series of dry words in a government document can shatter spirts and demolish lives, let this book erase that doubt. Conversely, if you should be of the conviction that we are powerless to change those dry words, let this book give you heart.”

“I wanted it,” I heard Louise Erdrich say one day in a brief writing seminar she offered her community at Birchbark Books. She was referring to her ambition, not just to write, but to succeed, to make a living, at writing. Her relentless tactics included, in addition to earning an MFA from Johns Hopkins, reading the magazines that paid to publish stories and analyzing the ones that succeeded. When a rejection letter for a story submission of hers came from one magazine, she immediately mailed it off to another, even when working on a North Dakota highway crew.

That ambition is frankly described in her justly famous poem, “Advice to Myself,” from her 2004 collection of selected and new poems, Original Fire, in which she instructs herself—and any others who want to be writers—not to clean the scum from the kitchen floor or vacuum the dust swirls under the couch or take on any of the myriad distracting tasks we set for ourselves…

except what destroys
the insulation between yourself and your experience
or what pulls down or what strikes at or what shatters
this ruse you call necessity.

It is also expressed in a poem in Jacklight, the prescient “The Book of Water,” in which she dives into a lake and

…that night I was relentless as the waves, and I went down.
My arms pulling water were written over with scars.

At the bottom, I would learn to read the writing in that book.
And if my page was worn and creased, I would tear it out myself.

In the end, Erdrich readers receive a “love medicine” from all of her memorable characters through their small and large difficulties, and from the gods and ghosts who arrive and depart when their questions are addressed if not answered. Just as the cold North Dakota wind drives some people away, others are driven to work their whole lives to find a way to stay, and to have their stories told. 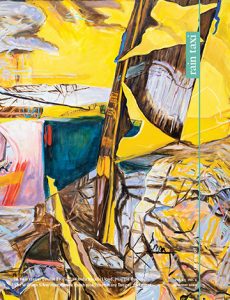 This essay-review is featured in the Summer 2020 print issue (#98) of Rain Taxi Review of Books.

James P. Lenfestey is a former journalist, the author of several books of poetry and prose, and the recipient of the 2020 Kay Sexton Award for his significant contributions to Minnesota’s literary community. 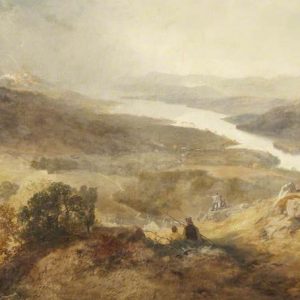 On a summer’s evening in 2010, Seamus Heaney read his poems to a large and admiring crowd at St. Oswald’s Church in the center...
© LitHub
Back to top
Loading Comments...