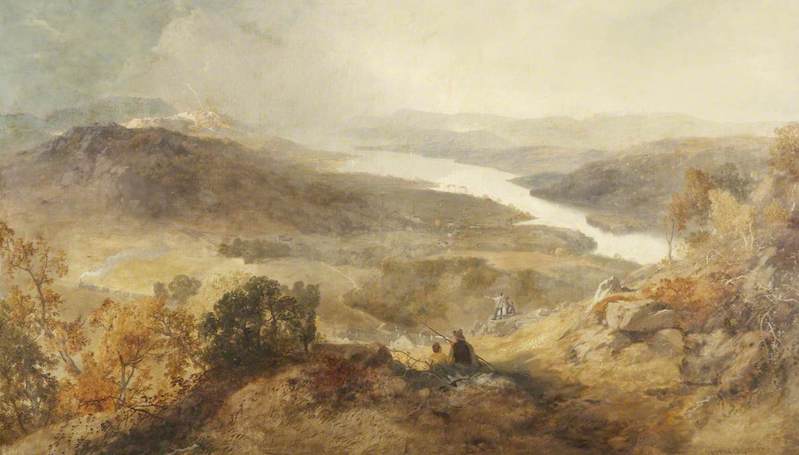 On Poetry, Wordsworth, and Misremembering

On a summer’s evening in 2010, Seamus Heaney read his poems to a large and admiring crowd at St. Oswald’s Church in the center of Grasmere Village in the eastern part of the Lake District. The church stood not far from the cottage where, a little more than two hundred years before, William Wordsworth lived and wrote with the company and encouragement of his sister Dorothy. Their graves lie in the churchyard there. The reading was arranged in conjunction with the annual Wordsworth Summer Conference, and afterward, at a dinner in Heaney’s honor, I shyly asked the poet if he would sign my copy of his latest collection, District and Circle. His generous inscription reads:

Heaney, the ever-humane wordsmith, was presumably trying to personalize his note by associating the physical “lake district” within which we found ourselves with the title of his book. But his chance mistake—“windermere” for “lake”—put an end to the pun, highlighting instead the fallibility to which all people, even famous poets, are subject. Heaney modestly acknowledges his small “(mistake)” and then takes a second stab at place. “Grasmere July 2010” reads as a declaration of regained footing.

But 24 pages into District and Circle, there is further trouble. In his short poem “Wordsworth’s Skates,” which commemorates The Prelude’s ice-skating episode and was initially published in the New Yorker, Heaney again bungles the locale:

Star in the window.
Slate scrape.
Bird or branch?
Or the whet and scud of steel on placid ice?

Not the bootless runners lying
toppled In dust in a display case,
Their  bindings perished,

But the reel of them on frozen Windermere
As he flashed from the clutch of earth along its
curve And left it scored.

Heaney spins an extraordinary image of the young Wordsworth in his final three lines from ordinary elements: star, slate, skates. Neil Corcoran has described this compositional tactic elsewhere in Heaney’s work as a process of “revelation” whereby “the close act of attention, which is always firstly the manifestation of descriptive capacity, is extended beyond itself into an excess or superabundance in which the initial object or image becomes vision.” The visionary capacity in the final stanza is made possible by the mundane observations that precede it. But a geographical error in line 8 puts the poet himself on thin ice.

As readers of The Prelude may remember, it was almost certainly Esthwaite Water, near Hawkshead, where he went to school, on which Wordsworth skated as a child, not the much larger Windermere, which is farther afield and rarely freezes.

Wordsworth mentions Esthwaite multiple times in The Prelude in connection with his childhood; it was on the shores of this lake when he was “not nine years old” that the young poet discovered a “heap of garments” belonging to a drowned man. And less than a hundred lines after his skating passage in book 1, Wordsworth recalls playing games indoors when “From Esthwaite’s neighboring Lake the splitting ice” sounded “distant yellings” that he memorably compares to the “noise of wolves / . . . on the Bothnic Main.” Esthwaite—a small and relatively shallow lake—was frequently covered with ice, often for several weeks during winter. As was the case with Bishop’s “In the Waiting Room,” the fact-checkers at the New Yorker either did not pick up on the error or did not care.

One wants to agree with them and say immediately of Heaney’s mistake, if I may presume to call it that, “of course it does not matter.” But doesn’t it matter a little? After all, Heaney was a poet who cared deeply about places and their names. Poems like “Anahorish,” “Broagh,” and “Toome” demonstrate his attentiveness to the specific locations connected with his own childhood and the words and sounds that describe them. He also knew how important such details were to Wordsworth, who wrote, among many other poems about place, “Poems on the Naming of Places,” and was a “local” poet in more ways than one.

In fact, Wordsworth’s influence on Heaney stems in part from Heaney’s sense of their shared regionalism and affection for rural communities; it was a literary inheritance he readily acknowledged throughout his life. In an interview with Dennis O’Driscoll, he remarks, “in May 1974 I went to Grasmere to spend three or four days getting to know Wordsworth’s Dove Cottage and the surrounding district for a TV program; it was immediately afterwards that the first [Glanmore] sonnet was written—the one beginning “This evening the cuckoo and the corncrake”.

That sonnet and the sequence to which it belongs would make much of the association between place and poetry. It also made Heaney’s debt to Wordsworth explicit. The sestet even invokes him by name:

I had said earlier, “I won’t relapse
From this strange loneliness I’ve brought
us to. Dorothy and William—” She
interrupts: “You’re not going to compare
us two . . . ?” Outside a rustling and
twig-combing breeze Refreshes and
relents. Is cadences.

These lines self-consciously initiate a comparison between Heaney and his wife, lately arrived to a small house on the Glanmore estate, and Wordsworth and his sister living at Dove Cottage. The woman here, presumably Marie Heaney, balks at the association, perhaps, as Barbara Hardy has suggested, because “the Wordsworths are too illustrious or homely or brotherly- and-sisterly for this comparison.”

But whatever Marie’s reluctance, Heaney is certainly thinking about Wordsworth in relation to his own sense of place and belonging. The home that the Wordsworths adopted in the Lake District as adults represents for him a successful precedent as he enters a new phase of his writing life, and the homophonic rhymes in these lines—“us to” and “us two”—invite this transhistorical link even as the sense of the sonnet calls it into question. “Us too” is perhaps what Heaney will not put into words, but the poem sounds it out anyway.

In this way Wordsworth acts as a tutelary spirit across several of Heaney’s books and much of his prose; Heaney returns to him again and again, along with Frost, Hopkins, Kavanagh, and Eliot. Notwithstanding the two erroneous instances of “Windermere” in my copy of District and Circle, Heaney demonstrates substantial expertise about Wordsworth’s life and work throughout his career, publishing several critical essays about his poetry and even editing a selection of his work for Faber and Faber. That is to say, whatever the cause of his misremembering the lake, he was much more than a casual reader of Wordsworth, as his essay “The Makings of a Music,” which addresses

The exhilaration of the skating, the vitality of the verbs, “gleaming,” “sweeping,” “spinning,” “wheeling,” the narrative push, the cheerfulness, to use one of the poet’s favorite positive words—all these things have their part to play in the overall effect of this writing. But what distinguishes it as Wordsworthian is the gradual allaying of the sensation which is not, however, a diminution of awareness. It is as if a lens of apprehension opens wide and holds open. It is achieved by pacing, a slow, gathering but not climactic movement, repetitive but not monotonous, a walking movement. We might say, in fact, that Wordsworth at his best, no less at his worst, is a pedestrian poet. As his poetic feet repeat his footfalls, the earth seems to be a treadmill that

he turns; the big diurnal roll is sensed through the poetic beat and the world moves like a waterwheel under the fall of his voice.

The attentiveness of this reading dismisses any charge of carelessness on Heaney’s part with regard to Wordsworth’s long poem. And yet one thing Heaney does make clear is that he is primarily interested in the

manner of Wordsworth’s writing—his way of apprehending and expressing—more than what he is saying specifically; the story of the child skating on the ice transforms for him into a figure for the footfalls of the poet’s own lines (figure skating at its best). The facts of the scene—whatever the name of the lake—operate as a platform on which Wordsworth can make his own poetical “movements,” a musical term that Heaney deliberately connects with the physical one. Poetry, its sounds and its sensations, matters here more than the event that sparks it. In fact, the give and take between poetry’s sounds and history’s facts may have something to do with his mistake.

Heaney’s reading of these “movements” in The Prelude prefigures his underlying gesture in “Wordsworth’s Skates.” The last stanza of that poem, with its pun on musical “score,” suggests a comparison between the lines the young Wordsworth drew on the ice and the verses his memory later makes of them. The whole poem is likewise interested in transposing aspects of the physical world into inscribed, poetical terms. The first line’s “star in the window” reduces the depth of the universe into a two- dimensional frame: Heaney is likely thinking here of Wordsworth’s similar move in the lines, “To cut across the image of a star / That gleam’d upon the ice,” which rewrite the heavens by literally drawing on their reflection. “Slate scrape” in line 2 may refer to a sound, but it also recalls the primitive act of inscription. The “bindings” on the original skates, which lay bare the steel implements of writing, quietly gesture to the poet’s books. Even as Heaney develops the concept of ice-writing—Wordsworth’s lasting earthly imprint, or “score”—he also puns on what is “real”: “Not the bootless runners . . . but the

reel of them on frozen Windermere.” These movements of the poet-child, his “reel”—a word that recalls the dance form but perhaps also The Prelude’s cinematic qualities—long outlast the reality. 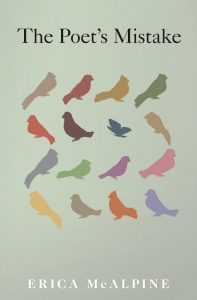 Excerpted from The Poet’s Mistake by Erica McAlpine. Reprinted with permission of the publisher, Princeton University Press.

Erica McAlpine was born and raised in Atlanta, Georgia. She is an Associate Professor of English and Fellow of St Edmund Hall at Oxford University, where she lives with her husband and two children. Her poems and translations have been published in magazines such as The Times Literary Supplement, The New Criterion, The Spectator, and Slate. Her essays have appeared in magazines including Literary Imagination, Modernism/modernity, and Studies in Romanticism. She studied English and Latin poetry as an undergraduate at Harvard before earning an MPhil from Cambridge and a PhD from Yale. The Country Gambler, her first book of poems, was published by Shearsman Books in 2016 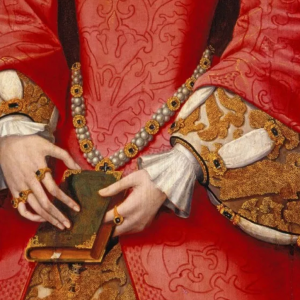 The path from cogitation to publication has never been as smooth as it is nowadays, technically speaking at least. A scholar...
© LitHub
Back to top
Loading Comments...