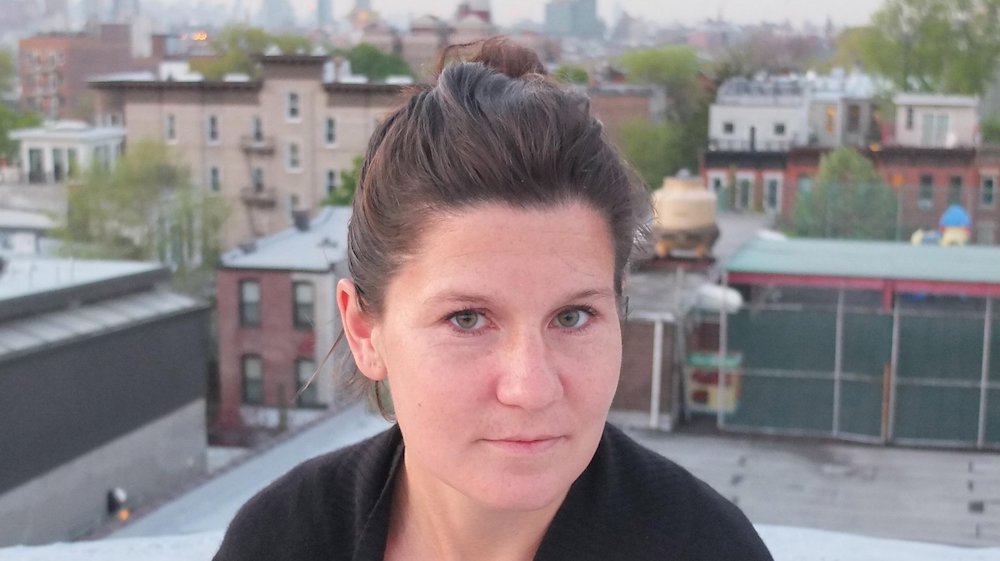 The Author of Want In Conversation with Brian Gresko

Lynn Steger Strong greets me in a voice thickened by emotion, exertion, and a protective mask. It’s a beautiful day in May and she just ran across the Brooklyn Bridge for the first time in months. She’d been sheltering at a friend’s place in Jersey since quarantine began in March, and is happy to be back in the city she’s called home for ten years, even during a pandemic. “I got a little weepy on the bridge just now,” she says over the phone, as she begins the long jaunt back to her apartment from the waterfront. “I don’t think there’s a better place to run than New York City.”

Like our conversation, Strong’s new novel, Want, opens in motion. The unnamed narrator, a white woman in her early thirties, wakes at 4:30 in the morning to run through Brooklyn, where she lives with her husband and two daughters in an apartment so small she sleeps on a bed lofted in a closet. Afterward she breakfasts with her two kids, then teaches Literature and Language at a charter high school where the students are all of color and in economic need. Later in the week, she leads a college course on literature. She reads a lot. And sometimes creeps on an old best friend’s social media accounts.

The tiny, contained shape of the story’s start belies the tension coiled tight in Strong’s rhythmic, propulsive prose. Anxiety hums underneath every scene, a deep and fundamental instability. The narrator feels tired all the time. She is isolated and lonely. Her relationship to her husband exists in the gutters of the day. With three jobs between them—her husband left a white collar position to pursue his passion of carpentry—they can’t keep financially afloat and are declaring bankruptcy. The narrator’s rich parents could provide a bailout, but only if she reasserts herself into a family structure that suffocates her, a concession she can’t abide.

Page after page, as the narrator struggles to maintain her footing economically and emotionally, the narrative heat steadily increases yet it never goes up in a blaze. She becomes enmeshed in an alleged #MeToo case at her college job, while at the high school she begins mentoring a young Black girl in an abusive relationship; a terrible crime occurs in her building, and that former best friend contacts her in need of help. Strong says the story is “a low boil where it feels at any moment something could explode, but even explosions—and the book has an actual explosion—feel weirdly less explosive in real time.”

The result is a story as addictive as a pulp thriller and yet minimalist, pared to the bone. A literary page-turner.

Her hope was that each story beat would work against the reader’s expectations. “It was a tricky balance, because shape was incredibly important to me, as was concrete action, but I also wanted the consequences to feel uncomfortably less than what we might imagine them to be when we anticipate them.”

The result is a story as addictive as a pulp thriller and yet minimalist, pared to the bone. A literary page-turner.

Prior to writing Want, Strong was working on a multi-perspective novel—“there were lots of graphs and charts” involved in its planning—which wasn’t coalescing. While wrestling with it, she published essays at venues like Catapult which were widely shared online. So her agent suggested she lay the novel aside and instead put together a proposal for an essay collection.

She adds, “The thing about essays which turns me off is that there’s this expectation that you’ll land at the end, that you’ll make an argument, and I don’t think it’s my job to make an argument. If I have a goal, it’s to make people look harder and better than they usually do.”

Finally, she took a pocket of time and decided, “Fuck it. I’m just going to say the thing. But for me, the best way to do that is in fiction.”

From that decision came a short scene of a woman running, mulling over some of the very things on Strong’s mind. That character enabled the author to illustrate everything she wanted to address in her essay collection—the challenge of loving New York City and living here if you’re not wealthy, the pressure put on women in general and mothers in particular to balance caregiving with a professional career and to do both effortlessly, the sometimes-debilitating loneliness and despair of life exacerbated by seeming connectivity online, the callousness of a society that values capital over human bodies. “I could circle those things abstractly for days in an essay,” she says. Narrativizing her concerns gave them specificity and energy.

“I started with the idea that this woman disappears and nobody notices,” Strong tells me.

In the first few pages, the narrator gets a call that her daughter is sick at school and needs to go home, only to learn, once she’s left work, that it’s a false alarm. Instead of going back to the classroom where she teaches, she realizes that the whole of New York City is open to her in a way it hasn’t been for years. Strong sends her to an Agnes Martin show (which she saw at the Guggenheim in 2016), and after that intoxicating afternoon, she begins to leave work often and secretly. “She realizes that her invisibility is a kind of super power,” Strong says.

“I wanted a book that let a narrator be both intelligent and feeling at once.”

The first draft developed quickly, in seven or eight weeks, but Strong says that she composed exact sentences that appear in the book in emails to herself as far back as a year before she began writing it. “I’m a big believer in the dam breaking,” she says. “By which I mean, it’s building and building but I’m too focused on other work to sit down and write, and then I just work in these crazy spurts where I get up at three or four in the morning and write almost non-stop.”

She wrote into a space that books she loved weren’t inhabiting in the way she hoped they would. Making clear she intends no shade, she points to books “written by a female who is maybe ten years older than I am, and so has been taught by the world around us, and by the publishing industry, and by patriarchy, that to be intelligent means you’re not allowed to have feelings.” Novels that, while intellectually engaging, left her cold; or the opposite, books which felt a little too nice and careful, too polite.

“I wanted a book that let a narrator be both intelligent and feeling at once.”

And fully embodied too. Besides her frequent early morning runs through the city, Strong draws the reader’s attention to the narrator as a human body through the persistence of nursing—the narrator’s youngest daughter, two years old, often falls asleep between her parents, soothed by her mother’s breast.

“There is no more productive space for writers then the body,” Strong says. “And insofar as motherhood has taught me a thousand things, one of the surest things is the undeniability of the body, and the power of the body.”

Of nursing her own children, Strong says that though she found it a challenge at first, it was an act she came to love. Want captures the weird alchemy of parenting, how a parent’s relationship to a very young child is in both draining and fulfilling, and often centered in the physical. Yet this is only an aspect of the novel, not its defining feature.

Strong says the whole concept of a “motherhood narrative” doesn’t feel quite right to her, because it’s too limiting. “That’s where words both fail us and hinder our ability to have a conversation, because once you say ‘mother’ all of these assumptions are placed inside that word,” she tells me.

“To me, motherhood is a word we can bandy about in certain situations—sometimes to get out of things—but loving my kids is more physical and elemental than that word can express.” Her thoughts about representing motherhood on the page were focused by work she read in a master class with Elisa Albert, whose amazing novel After Birth feels like an older spiritual sister of Strong’s book. Fittingly, Strong found out she was pregnant on the day of her first class with Albert, in which they read nonfiction by Ina May Gaskin and Adrienne Rich.

She also points to an exhibit from 2018 by Carmen Winant at MoMA entitled My Birth, an immersive, hallway-long photo collage of hundreds of mothers giving birth. Strong was struck by the sameness of their experience, and yet its specificity too, the intersections of race and class which made each woman’s experience unique.

She spent two hours in that hallway, examining the images individually and as a gestalt.

Before we say goodbye, I ask a question that has been bothering me. Why, throughout the whole book, does the narrator go unnamed, until the last page? I was sure that she must have been named at some point earlier, because her name appears on the back cover, and thought I must have missed it. Was I not reading close enough?

“That’s where words both fail us and hinder our ability to have a conversation, because once you say ‘mother’ all of these assumptions are placed inside that word.”

Strong laughs and tells me no, it’s true, the narrator’s name—Elizabeth—doesn’t appear until the end. “One of the things I always tell my students is you break any rule but break it perfectly—which is kind of an asshole thing to say. But I mean, you can do whatever you’d like in a story, but there has to be a reason.”

For a long time in the drafting process, to highlight the theme of Elizabeth as an invisible woman, she had no name. “Names assert a level of specificity which feels deeply intimate; they are elastic and slippery and we all come to them with our own connotations and ideas.”

She also liked the idea that this was one thing the character could keep for herself, especially since so much of her body and mind is laid bare on the page. Then a friend suggested that might be frustrating, not least for reviewers and readers when discussing the novel. So Strong went running, as she does to think things over, and realized there was one point in the book, the most intimate moment, where it felt perfect for Elizabeth to be named.

This small yet tone-defining note is indicative of the deep thought and diligent work Strong put into this book. And yet this is not only a novel of the head, but of the author’s deepest loves, fears, and viscera.

“The thing that I told myself every morning when I got up to write this book was that I was picking a bruise and pressing as hard and long as I could, and in a way that felt thrilling, because that was the only thing I had to do.”

To hear her describe it so matter-of-fact, tracing this pain sounds as simple as placing one foot in front of the other. Yet the resulting novel is as complex and dynamic in its technique as an experienced marathoner’s form. The kind of virtuosity you might even take for granted, if you don’t pay attention. 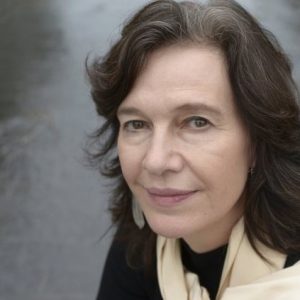 In 1970, I founded one of the first college courses in Native American Literature. I knew nothing about it, trained in the mainstream...
© LitHub
Back to top