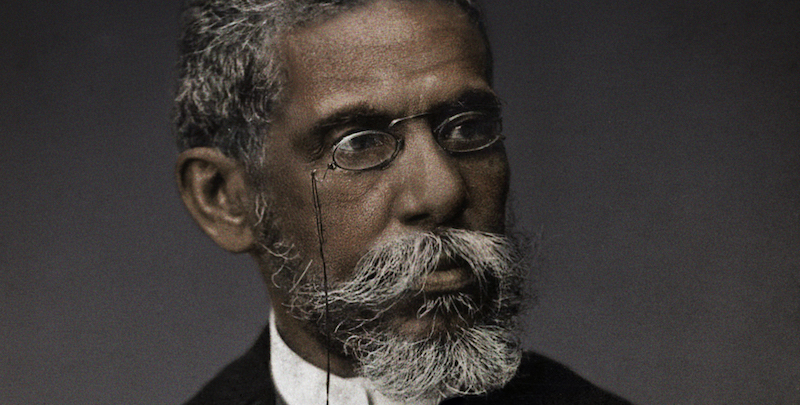 Much has been made of Joaquim Maria Machado de Assis’s humble beginnings, and yet he, apparently, thought his own life to be of little interest and insisted that what counted was his work. Of course, in general terms, he’s right, but, given his evolution from poorly educated child of impoverished parents to Brazil’s greatest writer and a pillar of the establishment, a brief biographical note would not seem out of place. His paternal grandparents were mulattos and freed slaves. His father, also a mulatto, was a painter and decorator; his mother was a washerwoman, a white Portuguese immigrant from the Azores. Both parents could read and write, which was not common among working-​class people at the time.

Machado was born in 1839 and brought up for the first ten years of his life on a country estate on one of the hills on the edge of Rio (the Morro do Livramento, mentioned in Chapter XIII of Posthumous Memoirs, and again in Chapter CXXI), owned by the widow of a senator, Maria José de Mendonça Barroso Pereira, who became his godmother. He also had a sister, who passed away at four years old.

Although he did go to school, Machado was far from being a star pupil. It seems, however, that he helped during mass at the estate’s chapel, and was befriended by the priest, Father Silveira Sarmento, who may also have taught him Latin.

When he was ten years old, Machado’s mother died of tuberculosis. He then moved with his father to another part of Rio, and his father remarried. Some biographers say that his stepmother, Maria Inês da Silva, looked after him, and that Machado attended classes in the girls’ school where she worked as a cook. Some say that he learned French in the evenings from a French immigrant baker. Others describe Machado as showing a precocious interest in books and languages. What is certain is that he published his first sonnet in 1854, when he was fifteen, in the Periódico dos Pobres (the Newspaper of the Poor). A year later, he became a regular visitor to a rather eccentric bookshop in central Rio owned by journalist and typographer Francisco de Paula Brito, which was a popular meeting place, especially for artists and writers.

​It is said that, as well as modern literature, he set himself the lifetime goal of reading all of the universal classics in their original language.

At seventeen, Machado was taken on as an apprentice typographer and proofreader at the Imprensa Nacional, where the writer Manuel Antônio de Almeida encouraged him to pursue a career in literature. Only two years later, in 1858, the poet Francisco Otaviano invited him to work as writer and editor on the Correio Mercantil, an important newspaper of its day. Around this time, Machado also became closely involved in Rio’s theater world, writing two operas and several plays, none of which, however, met with great success. By the time he was 21, he was already a well-​known figure in intellectual circles. He worked as a journalist on other newspapers and founded a literary circle called Arcádia Fluminense.

Machado read voraciously in numerous languages—​it is said that, as well as modern literature, he set himself the lifetime goal of reading all of the universal classics in their original language, including ancient Greek. He built up an extensive library, which he bequeathed to the Brazilian Academy of Letters (of which he was cofounder and first president). Between the ages of 15 and 30, he wrote prolifically: poetry, plays, librettos, short stories, and newspaper columns, as well as translations from French and Spanish, and all or most of Dickens’s Oliver Twist. It would appear that his reported ill health, notably the epilepsy described by several of his biographers, did not in any way hold him back.

In 1867 Machado was decorated by the Emperor with the Order of the Rose, and was subsequently appointed to a position in the Ministry of Agriculture, Commerce and Public Works. He went on to become head of department, serving in that same ministry for over 30 years, until just three months before his death. The job, although demanding, left him ample time to write, and write he did: nine novels (of which the three most celebrated are Posthumous Memoirs of Brás Cubas (1881), Quincas Borba (1891), and Dom Casmurro (1899), nine plays, over two hundred stories, five collections of poems, and more than six hundred crônicas, or newspaper columns.

He also found time to marry, his wife proving crucial both to his happiness and to the expansion of his literary knowledge. Carolina Augusta Xavier de Novais, the sister of a close friend, was five years older than Machado; they fell in love almost instantly and were soon married, despite her family disapproving of her marrying a mulatto. Carolina was extremely well educated and introduced him to the work of many English-​language writers. They did not have children but remained happily married for 35 years. When Carolina died in 1904, at the age of 70, Machado fell into a deep depression. He wrote only one novel, Memorial de Aires, after her death, and died in 1908. A period of official mourning was declared, and he was given a state funeral. Yet his occupation on his death certificate was given as “Civil servant,” and when his final work, Memorial de Aires, was published later that year, it went almost unnoticed. 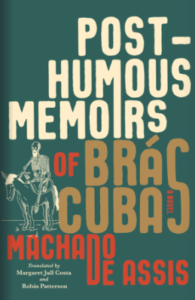 Excerpted from Posthumous Memoirs of Brás Cubas: A Novel. © 2020 by Margaret Jull Costa and Robin Patterson. Used with permission of the publisher, Liveright Publishing Corporation, a division of W.W. Norton & Company, Inc. All rights reserved. 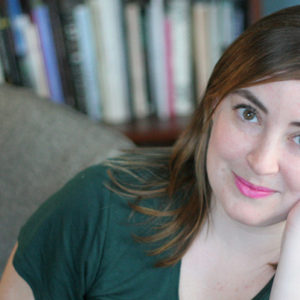 Leigh Stein is the guest. Her new novel, Self Care, is available from Penguin. From the episode: Leigh Stein: At the time...
© LitHub
Back to top
Loading Comments...