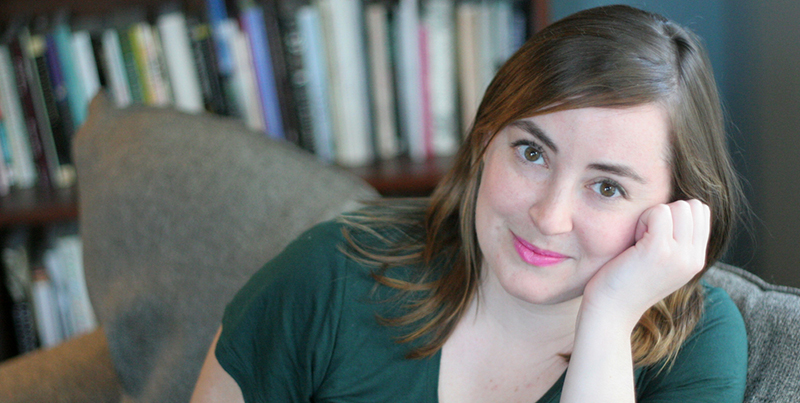 Leigh Stein is the guest. Her new novel, Self Care, is available from Penguin.

Leigh Stein: At the time I was running a conference for women writers called BinderCon, and we did one event in New York every year and one event in Los Angeles every year. I’m not sure the last time we were in LA. It was either 2016 or 2017. And we came to your garage.

Brad Listi: Things were happening then. You were in the thick of it. You’ve now written a satire of the Girlboss era. You can speak to this better than I can, but a lot of the desire to satirize this stuff and process it this way came as an outgrowth from the experiences you had working on BinderCon and particularly the drama of the online community.

Leigh Stein: Absolutely. For those who aren’t familiar with my BinderCon work, it came out of a secret Facebook group for women writers that a difference freelance writer started, but I became so obsessed with this Facebook group that I was like, let’s have a conference. That turned into me becoming an executive director of a 501(c)(3) non-profit organization and doing two conferences a year and running the Facebook group. I loved running the conferences. They were so rewarding. I really loved the programing element of it. I loved being there in person and meeting writers and seeing them succeed. But the Facebook group was mired in drama and controversy, and it became kind of my 24/7 job to wake up in the morning, open Facebook, and see what the latest fight was. In the spring of 2017, I couldn’t take it anymore and I just had to resign, and I ended up leaving Facebook at that time.

That’s when I started writing this novel, which is about female co-founders of a wellness startup. So my novel is set in the for-profit girlboss capitalism sphere that because it’s a satire I kind of had to elevate and exaggerate things in order to make fun of them. So that’s kind of the world that I chose to set it in, but it was definitely inspired by my own experience in cofounding a feminist nonprofit.

Brad Listi: Yeah. I mean, there’s something kind of GOOP-y about it. I feel a little like there’s an essence of GOOP in there.

Leigh Stein: Absolutely. I think of the novel as almost like a Trojan horse where the outside of it is pink and goopy and has all these references to things you’ve heard about on the Internet. It’s very Wing-esque. But then inside I’m saying some deeper and darker things about identity and about the way we live online.

Leigh Stein: I mean, by the end, I was really burnt out. And there’s a joke in my book where one character googles something like burnout or depression. I’ve struggled with depression since I was 13. I’m very familiar with what a depressive episode is like, but this burnout had its own unique kind of contours and color. It was just this ongoing bitterness and resentment. It felt like each email that came in my inbox was like a paper cut, like I couldn’t possibly do one more thing. I always felt like I was trying to push through this fog and this bitterness to get things done. And I did. I didn’t recognize myself at the end, and I actually said to friends and I think I said to my partner at the time, I don’t think I’ll ever be able to write again. I didn’t think I’d be able to write another book. And they said, you will, but I didn’t believe it. And then I slowly started working on Self Care.

My original idea for Self Care was that I started following business news and news out of Silicon Valley more closely. I’m fascinated by these founders that go on these like spiritual journey or these digital detoxes in like Palm Springs. So my original idea was, what if there’s a burnt-out feminist organizer and she gets sent to a digital detox, but it’s crossed with The Yellow Wallpaper novella by Charlotte Perkins Gilman. So, like, she’s being gaslit and being told there’s something wrong with her, but it’s also her cure. So that’s where the book started.

Leigh Stein is a writer interested in what the internet is doing to our identities, relationships, and politics. She is also the author of the memoir Land of Enchantment, the poetry collection Dispatch from the Future, and the novel The Fallback Plan. Her non-fiction writing has appeared in the New York Times, the Washington Post, the New Yorker online, Allure, ELLE, Poets & Writers, BuzzFeed, The Cut, Salon, and Slate. From 2014 – 2017, she was cofounder and executive director of Out of the Binders/BinderCon, a feminist literary nonprofit organization dedicated to advancing the careers of women and gender variant writers. Nearly 2,000 writers attended BinderCon events in NYC and LA, to hear speakers including Lisa Kudrow, Anna Quindlen, Claudia Rankine, Jill Abramson, Elif Batuman, Effie Brown, Leslie Jamison, Suki Kim, and Adrian Nicole LeBlanc. Leigh also moderated the private Facebook community of 40,000 writers. Leigh is no longer on Facebook.

"We Will Have Wanted to Have" 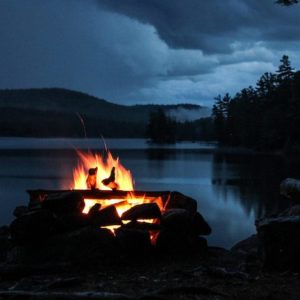 "We Will Have Wanted to Have"

I said trouble. I meant summer. I can’t wait For summer to be over. Just because you’re Sitting tucked up under a bridge...
© LitHub
Back to top