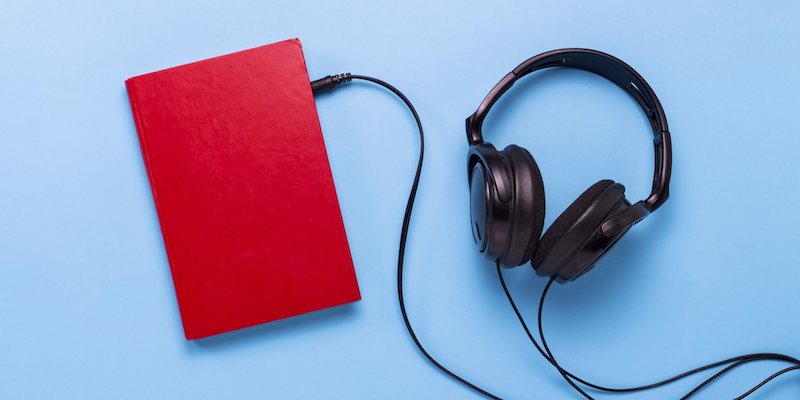 David Stuart MacLean Charts the Path to His Gatsby-Inspired Novel

I didn’t read any of the required books in high school; I preferred comic books to ​Jude the Obscure, or ​The Scarlet Letter, ​or​​ ​Catch 22. The Great Gatsby​​ ​was likewise assigned and likewise ignored.

In between high school and going to college, I worked on a car assembly line. I worked second shifts while my friends were away at school, and I spent my days alone at the library checking things out to read at work, including all the books I was supposed to have read in high school. I picked up The Great Gatsby and read it in the work breakroom. But its tale of opulence and fancy parties fell flat as I ate cold cut turkey sandwiches under fluorescent lights. I preferred to read Doestoevsky and Sinclair, stories of poverty and despair, which clicked with me and my $6.35 an hour wage.

Years later, in graduate school, I was assigned ​Gatsby​​ ​again. I still didn’t “get it.” Instead I was in love with Nathanael West’s cynicism and had no patience for what I saw as Fitzgerald’s romantic view of life, all those women crying over shirts flying through the air. But my professor, Robert Boswell, really loved ​Gatsby​​ ​and convinced me to stick with it. Books are patient. They wait until they find the right reader. I had not yet become the right reader for Gatsby​.

In between the academic year, I got a summer job working construction. I helped build a mid to high-end clothing store in a mall in Virginia. I installed the doors in the dressing rooms, jackhammered the front of the store out so we could plant the anti-theft sensors deep, but mostly I ran baseboard.

Two things to know about that summer: 1) I was in a lot of physical pain; I had an undiagnosed case of MRSA which meant my legs were a mess of tiny inflamed painful boils. The coarse material of my work pants didn’t help. Sometimes one of my boils would burst and my work pants would be flecked with the blood that leaked through. I had no money for a doctor visit, so I resorted to anecdotal remedies like taking baths with bleach—it didn’t help. 2). My fiancée had left me.

All of this is to say that I felt ugly inside and out.

I preferred to read Doestoevsky and Sinclair, stories of poverty and despair, which clicked with me and my $6.35 an hour wage.

This job was scored by an inane, endless loop of Classic Rock radio that continually blared from the worksite boombox. Instead I plugged into my Classic Ipod, the kind that was white and as big as a deck of cards. I had grown tired of the music I had downloaded on it. I decided I’d give Gatsby another try. I downloaded an audiobook version narrated by Tim Robbins.

Since I was working under the table without normal workday protections, I frequently worked twelve hour days. ​Gatsby​took about five hours to get through. So for that summer, I spent two weeks listening to Tim Robbins read ​The Great Gatsby​ to me, twice a day as I measured and cut and nailed the baseboard throughout the store. It wasn’t long before I started listening to it during my lunch breaks as well. I’d sit in the food court with my Mongolian Grill bowl of meat and noodles and listen to Robbins narrate Gatsby’s marvelous parties.

Tim Robbins does a good job narrating the book, except for one thing. He makes Tom Buchanan sound like an easy villain. He goes broad vaguely tough guy with his voice and, in spite of his characterization, I started to feel empathy with Tom, which is decidedly what you’re not supposed to do. He’s awful. He punches Myrtle Wilson in their love nest in front of all of her friends. But as I worked, I wondered about his internal life. How he must have felt when he figured out Daisy was cheating on him. Did he feel his own betrayals more pointedly at that point? At the heart of my fiancée leaving me was the strong suspicion that she’d cheated on me. She never told me this. The suspicion just hung there at the edges of my mind and haunted me. The last time I’d talked to her she told me she loved me too much to marry me. I was ready to forgive Tom Buchanan for being such an awful human being if it also allowed me to forgive her. I still wasn’t angry about being dumped. I’d excuse her actions to anyone who asked. I still loved the person who’d hurt me so badly.

My problems with ​Gatsby​ started to erode as I listened to it repeatedly. I began to appreciate the lyricism of Fitzgerald’s prose and I started to realize that some of the flaws I’d identified in the book were actually its strengths. At the core of the book is an absence. We actually barely see the relationship between Gatsby and Daisy. The doors close, the parties end, the staff is dismissed. We don’t know the shape their assignations take. Nick is left outside. What we do know is that this isn’t a love story for the ages. It’s a folie ​à​ deux, a shared delusion. But what love story, real or imagined, isn’t about a shared delusion? What makes this shared delusion toxic is Daisy’s abandonment of her daughter during her days holed up with Gatsby. Daisy is a bad mom. Tom Buchanan, it goes without saying, is a bad dad. I started to wonder what the romance between Daisy and Gatsby would look like narrated not by Nick but instead by Daisy and Tom’s child. Someone with even less experience in love than Nick Carraway. Someone who would have no idea why his mother would cheat on his dad. Someone who like me had no idea what just happened to his sense of the future.

But as I worked, I wondered about his internal life. How he must have felt when he figured out Daisy was cheating on him.

I think heartaches knock us back to the most cringy gelatinous shape we ever held. For me that place is located just north of fourteen years old, covered with acne and the braces on my teeth cutting into my lips so if anyone would’ve actually wanted to kiss me, they’d have gotten a full mouthful of canker sores. I think that’s why we have kids read ​Gatsby​ during their teen years, when we usually hear more about love stories than actually being a participant in one. That summer in between grad school, while I jackhammered and labored and listened and read, I know that if I had seen my ex’s car coming down the road, I’d have run into traffic after it just like Myrtle Wilson. And maybe I had to be brought back to that state, ugly and unloved inside and out, to become the right reader for ​Gatsby.​ I’m glad I did because I learned that just because there’s love in a story, it doesn’t make it a love story. That lives and novels can be bigger than just their love parts. 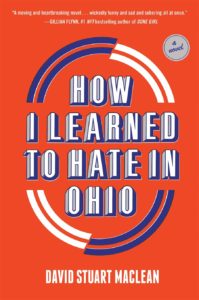 How I Learned to Hate in Ohio by David Stuart MacLean is available now via Abrams.

David Stuart MacLean is a winner of the PEN Emerging Writer Award for Nonﬁction and author of the award-winning memoir The Answer to the Riddle Is Me. His work has appeared in the New York Times, Ploughshares, Guernica, and on This American Life. He has taught creative writing at the University of Chicago, Columbia College, and the School of the Art Institute; is co-founder of the Poison Pen Reading Series in Houston. How I Learned to Hate in Ohio is his debut novel. 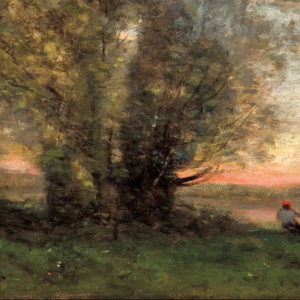 Four sentences that I wrote years ago keep coming back to me. I am still not certain that I understand these sentences. Part...
© LitHub
Back to top
Loading Comments...