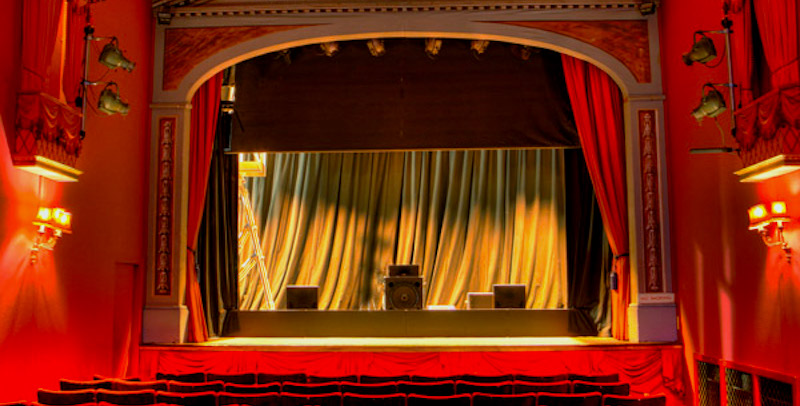 I grew up with a life scattered between languages, as many do in India. While I was educated in English, I performed my private life in Bengali—in its local name, Bangla. But Bangla was also a performative language for me in another way. My mother was an actress. She acted in Bangla films, television, but her primary place was the stage. My language conflict was also splattered across conflicting art forms: reading and performance, the novel and theatre. English and Bangla.

They were not watertight divisions. I read in Bangla too, and I spoke in English, in school and sometimes with friends. For a while, I wrote in both languages. But it cannot be a coincidence that the last significant thing I wrote in Bangla was a play, which was performed by my classmates in school. But that was my last act with the live performance of Bangla. Slowly, following the course of my education, I grew more Anglophone—and as the scholar Francois Lionnet has called it—Anglographic, seeking English as the primary language in which to read and write. Why did this happen?

The shallower (but alas, undeniable) reason was the lure of a wider readership; a naïve, teenage ambition for an artistic and intellectual life beyond my language community. I wanted to spread out. I did not notice that there were people in my family who could not read me any longer, or that I walked along city streets through a curious cushion of air. But there was a darker, more private reason that it has taken me years to admit.

I remember a childhood where I longed to be an actor. Occasionally stage managers and directors would catch me in the wings and ask if I would like to act—they needed a young boy in a role. My mother, who was fighting her own losing battle in a failing marriage and a middle-class world that cast actresses in a cloud of moral suspicion, wanted me to keep clear of the shadowy world of entertainment and do well in school. Dwell in the world of books rather than of performance.

I grew up with a life scattered between languages, as many do in India.

I grew to see the stage as a dark place. I grew shy with my body; it was made but not made for the stage. Bruised by gazes that felt traumatic, I turned to the safety, silence, and solitude of literature. And my turn to reading and writing in English was my turn away from the world of indigenous performance. Many years later, the violence of modernity in this transformation would haunt me—the passage from a world of nonmodern performativity to the bourgeois stability of literature. As theatre left for good, prose became my refuge. Nothing was safer than English, nothing with a greater promise of temporal and spatial progress.

Having chosen my language, I wanted a clean slate. I wanted none of the conflict of the past, none of the warring worldviews of language. There was no running away from the world around me: some of my early short stories that have stayed with me were set in Calcutta buses, the brush-strokes sharpening around drivers, conductors and squeegee men. But whenever I had to create characters whose names and inner lives had to sprout on the page, they met in parties and drank scotch, and drooled over jazz and Hollywood films—sometimes even Victorian fiction. Sometimes they had Christian names and sometimes their longer names were shortened into cute, bite-sized Anglo sounds.

One day, some time in high school, in the home of a professor in the neighborhood, I came across a dishevelled collection of photocopied pages that made up a slim book, A Strange and Sublime Address. Perhaps the reason the professor’s earnest jest—“he writes in very ‘English’ English”—has stayed with me, was the way the sensory intricacies of Bengali domestic life were renewed in English in the first novel by Amit Chaudhuri, then based in Oxford. Perhaps only a Bengali can appreciate the alien, almost ironical beauty of describing a local vegetable dish as “long, complex filaments of banana-flower, exotic, botanical”. Indeed English became exotic when the home ritual around prayer were described: “She arranged slices of cucumber and oranges and sweet white batashas on three brass plates and placed them in front of the gods.” But even more strange was sensibility at play: “What you prayed for mattered least in the prayer-room; all that mattered was the vivid entertainment of the instant.”

In such writing, Calcutta could remain Calcutta—without winning the ideological battle to be reborn as Kolkata—and yet invoke my home city exactly the way I lived in it. It was like watching a beautiful film about my own life in a foreign language, before realizing that this very life had hidden this mingled language in plain sight. Yet another novel, published a few years before Chaudhuri’s, caressed me with its very opening sentence, making me uneasy with the sense of intimacy it evoked: “In 1939, thirteen years before I was born, my father’s aunt, Mayadebi, went to England with her husband and her son, Tridib.”

There was “England” in the opening sentence, but so was “Mayadebi.” “Debi,” literally meaning goddess, was a respectful suffix traditionally attached to the names of (middle-class and above) women. In my teenage mind, it belonged to the world of 19th-century Bangla literature. How could a famous English novel open with this sentence? But Amitav Ghosh’s The Shadow Lines went on, like the cast shadow of a Bangla upanyas (novel) re-imagined in English with disarming honesty, candor and craft. It moved from the enunciation of Bangla names and words, going from Mayadebi to Maya-thakuma, to habits and values so deeply local that I marveled at their appearance in a novel that already in the nineties, was secure in what I would later come to understand as the postcolonial canon.

Bruised by gazes that felt traumatic, I turned to the safety, silence, and solitude of literature.

Moving from high school to college, I entered the classroom of a poet-critic who had fought in the frontline of a hostile mid-century battle to make English a vernacular language of creativity in a newly decolonized India. In his Calcutta: A Long Poem, a neglected classic, P. Lal would bring a Sanskrit aesthetic in a field of mellow Augustan satire to write about Mother Teresa:

Mother, with the pollen of the sunflower of your love
place a golden tilak
on the foreheads of the following
itemised for your convenience

Professor Lal was to become my first publisher; he brought out collections of my short stories from Writers’ Workshop, the small literary press in Calcutta that had been the crucial platform of the growing tribe of Indian-English poets and writers since 1958. More importantly, his earnest polemic, executed alluringly in literary practice, gave me a much-needed reassurance. But only in hindsight did I realize that I had been in search for a language, a language marked by the very conflict I wanted to leave behind—the gulf between local life and a world language.

Bangla cast a darkening shadow on sentences in English fiction that lit up the texture of a new syntax. The twilight communion of cultures shaped the fiction of Sunetra Gupta, who wrote sentences that sounded like the songs of Rabindranath Tagore. She created characters with Tagorean names who had troubled and obsessive relationships with English and American characters seemingly from lost Victorian and Jewish worlds. Slowly, I came to explore the sound and feel of other Indian languages in English writing—the devout irreverence of Marathi in Arun Kolatkar’s poetry and the Sanskrit-Kannada aesthetic behind the worldview of Shashi Deshpande.

But it was time for a greater lesson. My British colonial education in India ran its full course in the United States, where, having completed my MFA in Creative Writing and my Ph.D. in literature, I started to obsess about craft. The obsession included “voice” and “point of view” from my writing workshops as well as the flowing perfection of the Joycean sentence that drained the academic energy of my Ph.D. One day, reading U.R. Ananthamurthy’s novel, Samaskara, a classic of Kannada literature, in A.K. Ramanujan’s translation, I felt disappointed, a little confused. This seemed to be a strangely, badly written novel.

Bangla cast a darkening shadow on sentences in English fiction that lit up the texture of a new syntax.

The spotting of a lyrical awkwardness in language—of Mayadebi in an English sentence—had finally led me to meet an “alien” craft. But by standing out as alien, literary craft in a local Indian language pointed me to my own deification of a narrow, Western vision of it, something that possibly ran alongside the principles of New Criticism. But there were forms of aesthetic, which, when captured in English, came alive in their clumsiness and took apart my professional training in craft. They opened me up to a whole world of new possibilities. Teaching Indian literature in California, I delighted in my sincere students’ confusion at the self-destructive decadence in Premchand’s Hindi story “The Chess Players,” the aimless sexual diffidence in Sadat Hasan Manto’s Urdu short story, “Peerun.” It wasn’t just enough to imbibe an alien syntax into English—one could go farther and infuse it with an alien sensibility.

The worlds I had so anxiously tried to keep apart came together when my child-memory of my mother dying on stage stirred the making of a novel, The Firebird. The world of vernacular performance that had shamed my body merged with the world of English prose in which I had once sought silence and solitude. The primal nature of certain fears and obsessions, and the stage performance where they came to reddish life, could suddenly be captured in English, in the surface secularism of prose, where bourgeois values could at least pretend to pull window-curtains over its battle with primal sins. When the novel came out in the United States under the title Play House, I felt, I had returned home, to the house of Bangla theatre where a mother had once pretended to play house.

Saikat Majumdar is the author of three novels, most recently, The Scent of God (2019), and The Firebird/Play House(2015/2017). He has also published a book of literary criticism, Prose of the World (2013), a work of popular nonfiction, College (2018), and a co-edited collection of essays, The Critic as Amateur (2019). He has taught at Stanford University, was a Fellow at the Humanities Center at Wellesley College, and is currently Professor of English & Creative Writing at Ashoka University. 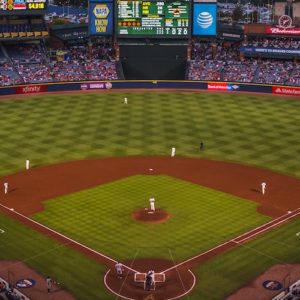 When I broke into sports talk radio at the age of 40, I had no idea I’d spend so much time worrying about the sound of my voice....
© LitHub
Back to top