On Female Friendship and Transgression in Nella Larsen’s Passing

Welcome to part two of the second episode of our new original podcast, Lit Century: 100 Years, 100 Books. Combining literary analysis with an in-depth look at historical context, hosts Sandra Newman and Catherine Nichols choose one book for each year of the 20th century, and—along with special guests—will take a deep dive into a hundred years of literature.

Catherine Nichols: I thought that a lot of Irene’s anger was interesting because she is supposedly not transgressing in this way, even though she admits in the text itself that she passes regularly, for theater tickets and things like that. She is actually passing in many of the scenes where she encounters Claire in the beginning of the book, but she doesn’t think of herself as doing that in a transgressive way, because she has these rules that are kind of arbitrary—she’ll only do it if she’s buying something but she won’t pass socially, and that’s meaningful to her in a way that the rest of the book doesn’t really support, the idea that that’s an important distinction.

But I think a lot of her rage comes from the fact that her life isn’t that different than Claire’s. She’s playing by all these rules that she sees Claire breaking, but she’s not really getting the advantages she believes she would get from staying on her side of the color line, socially. She thinks that Claire shouldn’t be allowed to come back, and she thinks that Claire should be considered permanently afraid of having a darker-skinned child. But she is also dealing with colorism for her children, and she’s also dealing with a marriage that has a lot of scorn inside it.

Kaitlyn Greenidge: I think that’s where Larsen’s novel is so true to life, where those deep resentments come from. We see oftentimes it is a mixture of self-loathing and seeing the traits in yourself and the people around you not coming out in the way you have sort of ordered them in your head. I think it’s actually really important that these two women are so alike and so similar, and I think that’s a big reason why this static exists between them. They’re almost too close. It’s like when you try and get magnets together; they’re just going to repel each other away.

And it’s also sort of a bleak vision of the possibilities of female solidarity, that these two women can share so, so much, and yet the end result of it is we actually can’t really come together, or at least Irene believes we can’t really come together. Like, I can’t actually be honest or real with you, even though we have this shared, lived experience. Oftentimes I’m in conversation with you and I’m thinking instead about how much I’m judging you, essentially. That’s a really sort of prickly and hard thing to swallow, and a prickly and a hard thing to recognize.

This novel feels so much in conversation—or Sula, because Sula came after it, feels so much in conversation with this novel, in that it’s in that very uneasy place of female friendship. I know that Sula by readers is often remembered as a celebration of female friendship, but in Sula the same thing is is happening with those two female friend characters. There is that sort of antipathy and that odd place where their relationships land together. I’m sorry to quote Sula when we’re talking about Passing, but there’s a great line where Morrison says of Sula that she’s an artist without a craft, so it makes her dangerous. I’m paraphrasing, but essentially she’s an artist without an outlet, so she becomes dangerous and she transgresses. I think there’s an argument to describe Claire in a similar way and to think of her in a similar way, and how the conscription in society of women’s care and attention and where we are authorized to put ourselves forth and self-actualize, how that conscription and censorship ends up corroding our ability to form close relationships with those around us.

Kaitlyn Greenidge’s debut novel, We Love You, Charlie Freeman, was one of the New York Times Critics’ Top 10 Books of 2016 and a finalist for the Center for Fiction First Novel Prize. She is a contributing writer for the New York Times, and her writing has also appeared in Vogue, Glamour, the Wall Street Journal, and elsewhere. She is the recipient of fellowships from the Whiting Foundation, the National Endowment for the Arts, and the Radcliffe Institute for Advanced Study. Greenidge lives in Brooklyn, New York. 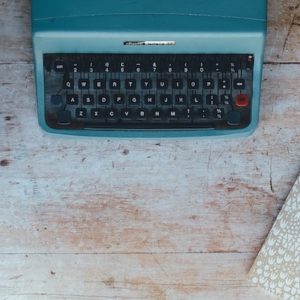 On May 25, 2020, I got an email: Poet wanted for corporate zoom event! The sender, it turned out, was the event coordinator...
© LitHub
Back to top