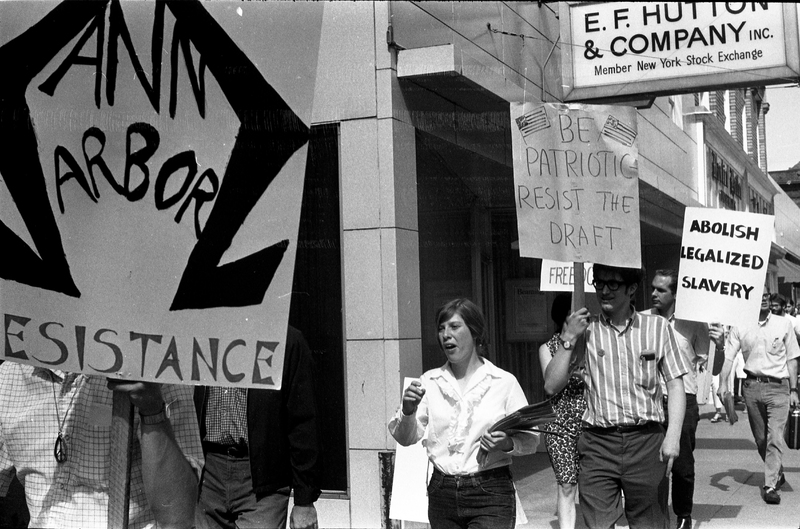 Ellen Schrecker on the American Tradition of Campus Protest

The escalation of the Vietnam War in 1965 brought about the creation of a new form of protest—the teach-in. It was so effective a vehicle for dissent that the academic community quickly became the main source of opposition to the war. Though it was later eclipsed—notably in the media and, thus, the popular mind—by younger noisier protests, for about a year and a half the nation’s faculties, with the assistance of graduate students and some undergraduates, provided the leadership and the intellectual framework for the growing challenge to the escalating conflict. An initially small group of professors literally taught the rest of the country why the war was wrong.

For many academics, recalled the anthropologist Marshall Sahlins, a central figure in the University of Michigan teach-in, Johnson’s escalation was

a personal as well as a political betrayal….[J]ust three months before they had been campaigning to an unprecedented extent in the presidential election for the so-called peace candidate, Mr.  Johnson—and all the more urgently because his jingoist opponent Barry Goldwater was running on a pro-escalation platform. Now they found themselves double-crossed by Operation Rolling Thunder, the massive bombing of North Vietnam.

At first, these faculty members resorted to traditional methods of dissent. Benjamin Spock, whom Johnson had personally thanked for supporting his reelection, wrote directly to the White House. Less well-known professors turned to collective action, gathering names for petitions and ads in newspapers. On February 19,  calling on the government to “Stop the Widening of the War, Seek a Cease-Fire,” and “Negotiate an International Settlement,” SANE ran an ad in the New York Times.

Among the eighty-seven professors, clergymen, and intellectuals it listed besides Spock, Browne, Morgenthau, and the other usual suspects were such activists and luminaries as MIT’s Nobel laureate Salvador Luria, Nathan Glazer, and John Roche, the Brandeis political scientist and head of the quintessential Cold War liberal organization, Americans for Democratic Action, who would eventually join the Johnson administration as its intellectual-in-residence. Eleven days later, an ad hoc group called the University Committee to Protest the War in Vietnam placed an “Open Letter to President Johnson” in the same paper, this one signed by nearly six hundred faculty members from more than twenty schools in the New York City area. A small group of Berkeley people put a similar ad in the San Francisco Chronicle.

According to an observer, students overwhelmingly reported that “this is what a university should be; this has been the most important experience in their years at Michigan; they see the faculty as human beings.”

The most important action, however, took place in Ann Arbor, where on the evening of March 11, 1965, about two dozen University of Michigan faculty members gathered in the living room of political scientist Arnold Kaufman to decide how to oppose the war. Most assumed that the meeting would result in some kind of petition for the local paper. William Gamson, however, wanted “a more dramatic alternative.” Along with the social psychologist Richard Mann, he suggested that the faculty group declare a moratorium on business as usual, cancel classes for the day, and “focus all our attention on what was happening in Vietnam.”

Within a day, Gamson recalled, thirteen people had signed onto the moratorium and released a call for it to the student newspaper. Within a week, forty-six faculty members and teaching fellows had given their names, including a few major figures like the economist Kenneth Boulding and the mathematical biologist Anatol Rapoport. Most, however, were junior social scientists without tenure.

That the teach-in movement should have originated at the University of Michigan was no accident. Most of the faculty activists were located within its well-regarded social science departments—including some of the institution’s most distinguished professors. They had been politically involved for years—signing petitions against nuclear weapons, for a fair housing ordinance, and in support of Johnson’s reelection. Trained at Michigan, both Gamson and Mann had recently returned to Ann Arbor from Harvard, where they had been co-chairs of the Boston chapter of CORE. At Michigan, Gamson worked with the Center for Research on Conflict Resolution, a kind of think tank for the peace movement, while Mann had become involved with Vietnam through a fellow graduate student who had lived there.

A further influence in Ann Arbor was the presence of the Students for a Democratic Society (SDS), then emerging as the iconic New Left organization, whose early leaders—Tom Hayden, Richard Flacks, Carl Oglesby, Bob Ross, and Paul Potter among others—were close to Gamson and other faculty activists. Finally, there was the sense within Ann Arbor’s progressive circles that the university had to atone for firing two professors who had refused to cooperate with the House Un-American Activities Committee in 1954.

An initially small group of professors literally taught the rest of the country why the war was wrong.

The moratorium would not be a strike; the protest was against the war, not the university. Rather it was an educational venture, modeled on the Boston Freedom Schools of the early 1960s, where parents protesting de facto segregation boycotted the public schools and provided alternative classes on Black history and the civil rights movement. Even so, the moratorium encountered serious opposition. Michigan’s president Harlan Hatcher urged the rest of the university to trust the nation’s leaders. “There is a time and place for making protests,” he stated, “but dismissing classes is not an acceptable one.”

Michigan’s governor George Romney was equally dismissive, calling the idea “about the worst type of example professors could give to their students.” The Michigan State Senate also chimed in, calling on Hatcher to discipline the moratorium’s sponsors. “The action of the twenty instructors at the University of Michigan who have threatened cessation of classes,” the senate resolution declared, “is not only totally ill-advised but represents a clear violation of their duties as instructors at a State University to their students and to the people of the State of Michigan, and hereby is condemned.”

The organizers began to consider alternatives. Arnold Kaufman and the anthropologists Marshall Sahlins and Eric Wolf proposed that instead of calling off classes, the faculty dissidents should offer an all-night educational program on Vietnam—a teach-in, according to Sahlins, who apparently coined the phrase. The symbolism of invoking the sit-ins and disruptions of the civil rights movement was, Gamson later realized, “perfect.” Plus, it had the advantage of avoiding a battle with the university that would divert attention from the war in Vietnam. It also eliminated the risks to their careers that concerned some of the non-tenured faculty members.

Still, the debate raged for hours; and it wasn’t until four o’clock in the morning of March 17 that the group abandoned the moratorium. Gamson was one of the last holdouts until he finally realized that a teach-in would fulfill his main objectives of disrupting business as usual and serving an educational function. “Instead of a work moratorium we would stage a sleep moratorium.”

“I’d never really thought very much about this,” one young man told the Michigan Daily, “but, after tonight, I think we should get out of Vietnam.”

The Michigan administration embraced the March 24 teach-in with enthusiasm, arranging for lecture halls, providing sound equipment, and waiving parietal hours to allow undergraduate women to stay out all night. The event itself surpassed the most optimistic predictions of its organizers. More than three thousand students showed up—and stayed, even after a bomb scare. Besides an opening plenary featuring Robert Browne, historian Arthur Waskow from the Institute for Policy Studies, and a dissenting Michigan State anthropologist named John Donoghue, there was a rally on the library steps.

The planners also scheduled a series of smaller workshops and seminars led by Michigan professors, graduate students, and SDS leaders. There were films, folk songs, and food provided by a local women’s peace group as well as a final session that was supposed to figure out what to do next. Significantly, the organizers did not invite anyone to speak in support of the government’s Vietnam policy; they believed the Johnson administration possessed ample opportunities for making its case.

At the six a.m. closing plenary, with five hundred students still around, the organizers asked the audience what they had learned from the night’s activities. Significantly, the most striking feature of the evening was the rapport that it had created between the students and their professors. According to an observer, students overwhelmingly reported that “this is what a university should be; this has been the most important experience in their years at Michigan; they see the faculty as human beings.” The students interviewed by the school newspaper offered similarly glowing assessments. Of course, the stated content of the teach-in had an impact, as well. “I’d never really thought very much about this,” one young man told the Michigan Daily, “but, after tonight, I think we should get out of Vietnam.” 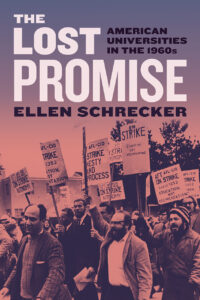 Excerpted from The Lost Promise: American Universities in the 1960s by Ellen Schrecker. Copyright © 2021. Available from The University of Chicago Press.

Ellen Schrecker is a retired professor of history at Yeshiva University and the author of numerous books, including No Ivory Tower: McCarthyism and the Universities, Many Are the Crimes: McCarthyism in America, and The Lost Soul of Higher Education: Corporatization, the Assault on Academic Freedom, and the End of the American University. 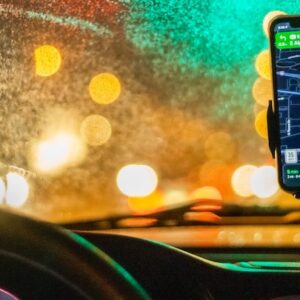 There are so many ways to die, but only a few of them are as thoroughly modern as death by GPS. Death by rampaging bat virus...
© LitHub
Back to top
Loading Comments...