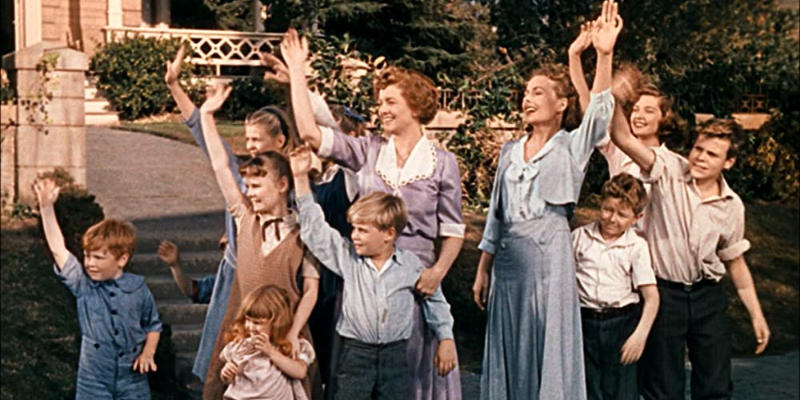 In today’s episode, Nichols and Newman continue their conversation with historian April Holm about the 1948 bestseller Cheaper by the Dozen, focusing on our cultural fascination with big families, plus their built-in patriarchal structures.

Sandra Newman: I think it’s sort of interesting that there’s this fascination with large families that are—at least in our culture, maybe it’s cross-cultural—but when I thought about it, there are so many cultural artifacts that are based on the fantasy of a large family, from the Waltons to, I don’t know if anyone even remembers this TV show, Eight is Enough, which was about a family of eight children, and then Cheaper by the Dozen and all of the other books that we were talking about. There seems to be some kind of yearning for that atmosphere of having an entire clan around you.

Catherine Nichols: Sandy, you probably know a lot more about this than I do, but I was reading that the idea of the pre-Revolution Russian family Christmas was a huge cultural production, The Nutcracker being just one of the elements of what a big deal this was for people who had lived through the Russian Revolution and then everything that came after it in the Soviet Union. And it kind of has that feeling of like, if these people have just lived through World War II, they need to create essentially The Nutcracker about their own childhood.

April Holm: Yeah, I mean, Sandra, you were talking about some TV shows, but there was this whole spate of reality television around big families as well. Like the Duggar family and the ones that had all the triplets or something and ended up with a bunch of kids.

April Holm: Yes, yes. And I think that maybe that is also—I mean, especially with the ones that are conservative evangelical Christian families—it might be that that blissful control of a strong patriarch or whatever is exactly the vibe those families were going for. So maybe the appeal still exists for a lot of people even now. I know that is on television still.

Catherine Nichols: I think that was why that last chapter surprised me, is because I was thinking if one of the oldest Duggar children had been like, actually, I want to be a flapper, they wouldn’t have just been like, oh, sure, great. That’s fantastic, honey, go get ’em. That why that struck me as almost the key to the whole book, was that they were capable of being so confident that they were even able to be flexible at the end. Even though they had not been flexible ever up until that point.

Sandra Newman: The difference between now and 1948, really, is that it is unimaginable that if anyone published this book now about a family with 12 children and how happy it all was that one of the other kids wouldn’t have cashed in by writing the anti–Cheaper by the Dozen, which is just about what an abusive train wreck the whole enterprise was.

April Holm is assistant professor of history and associate director of the Center for Civil War Research at the University of Mississippi. She is a social and political historian of the nineteenth century United States, specializing in religion and morality, sectionalism and nationalism, and the politics of slavery.

Reporting from the Front Lines of the Climate Crisis 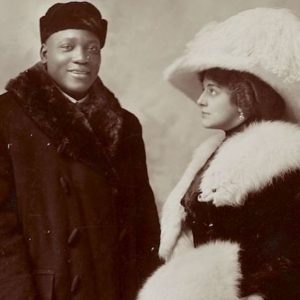 Like many wartime couples, Andrea Perez and Sylvester S. Davis Jr. met on the job. In their case it happened in 1941, on the factory...
© LitHub
Back to top