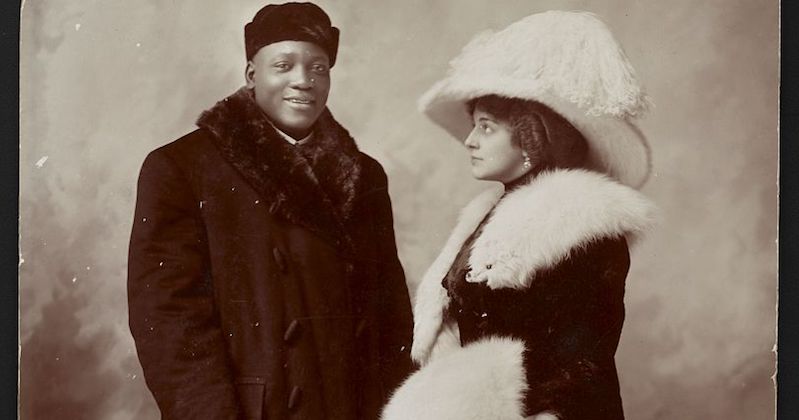 On California’s Eugenicist Past

Jane Dailey Considers the Power of the Law to Reinforce Racism

Like many wartime couples, Andrea Perez and Sylvester S. Davis Jr. met on the job. In their case it happened in 1941, on the factory floor of Lockheed Aviation’s Burbank facility. A second-generation Californian, Sylvester Davis traced his family’s roots, and its Catholic religion, to Louisiana. Raised in the multiethnic Central Avenue district of Los Angeles, Davis attended racially mixed Catholic schools and worshipped at the racially mixed St. Patrick’s Church.

Although Davis recalled that in his neighborhood “everything was mixed, everything,” there were few interracial marriages, despite California’s legal recognition of interracial marriages that had been contracted elsewhere and the proximity of Mexico, where anyone could marry anyone. A graduate of Los Angeles City College, Davis was one of the first black men employed at Lockheed after the Japanese attack on Pearl Harbor, long before President Roosevelt issued Executive Order 8802, which desegregated government employment in war industries.

Andrea Perez was born in Texas, the second of nine children of Serafina and Fermín Pérez, who emigrated separately from central Mexico following the 1905 Mexican Revolution. During her high school years, Andrea worked as a babysitter for Dorothy Marshall, a newspaper reporter, and Dorothy’s lawyer husband, Daniel. After graduation, Andrea found a defense job at Lockheed through an advertisement published in Los Angeles’s leading Spanish-language newspaper, La Opinión.

The olive-complected daughter of Mexican immigrants, Andrea Perez was considered white in California thanks to the provisions of the Treaty of Guadalupe Hidalgo (1848), which ended the Mexican-American War. The treaty provided for the cession by Mexico of more than a half million square miles of territory, including all of California, and declared Mexican nationals eligible for US citizenship at a time when only “white persons” could naturalize—effectively making Mexicans white by default.

Although those who later sought to limit Mexican immigration to the United States used antimiscegenation arguments to make their case (“Uncle Sam should look on each Mexican immigrant as a prospective son-in-law!” thundered prominent eugenicist Harry Laughlin in the mid-1920s), jurists generally followed the lead of an 1897 federal court decision in Texas that asserted the primacy of international treaties and held that national origin determined the citizenship status of Mexicans regardless of physiognomy.

Ever-evolving and frequently contradictory laws of racial identity constricted the lives of wave after wave of immigrants to the state.

The draft took Sylvester Davis to war in 1944, but when he returned from Europe he was determined to marry Andrea Perez. Andrea agreed to this proposal, over the objections of her father, and the couple applied for a marriage license on August 1st, 1947. They were denied the license by an employee in the marriage bureau of the county clerk, who cited California’s antimiscegenation law, which forbade “all marriages of white persons with negroes, Mongolians, members of the Malay race, or mulattoes.”

This law was one of many written in the 19th century by representatives of “the great hegira of the land-hungry Anglo-Saxon” (as Jack London described California’s early white leadership) that regulated land ownership, political participation, and social relationships. California’s first code of criminal procedure prohibited legal testimony against whites by blacks, mulattos, and Indians. The legislature barred “Mongolians, Indians, and Negroes” from public schools in 1860 and prohibited the employment of Chinese laborers on public works projects in 1879.

Ever-evolving and frequently contradictory laws of racial identity constricted the lives of wave after wave of immigrants to the state. Were Armenians Asians, and therefore ineligible to become citizens? They were, briefly, in 1909, before a federal court admitted them into the Caucasian club for immigration purposes by virtue of their appearance, religion, and history (“the outlook of their civilization has been toward Europe”).

Encouraged by federal legislation prohibiting Chinese from becoming naturalized citizens because of their supposed racial inferiority, and by a string of federal court rulings that extended this “logic” to Japanese immigrants, California’s Alien Land Acts of 1913 and 1920 prohibited agricultural land ownership by Asians and their American-born children.

California’s anti-immigrant stance protected more than white men’s jobs and political power; it protected their blood. Restrictive immigration policies were part of a broader governmental effort to preserve white racial fitness and hierarchy, as exhorted by prominent eugenicists like Charles B. Davenport, who insisted that states must “take positive measures to increase the density of socially desirable traits in the next generation—by education, segregation, sterilization, and by keeping out immigrants who belong to defective strains.”

Following venerable horticulturalist Luther Burbank’s exhortations, California became the model eugenic state in the 1910s. In addition to limiting immigration, the state managed its population through sterilization of those deemed unfit to reproduce. Four-fifths of the people sterilized in the United States between 1910 and 1920 were sterilized in the state of California, which led the nation in the number of annual eugenic sterilizations until 1950.

African Americans and foreign immigrants were sterilized at nearly twice the rate as the general population. Given this energetic dedication to preserving the quality of the white race in California and the state’s official hostility towards nonwhites, it is not surprising that as late as 1948 the Golden State boasted racially restrictive marriage laws that rivaled those of the Deep South.

Rebuffed in their attempt to marry, Andrea Perez and Sylvester Davis turned for help to Dorothy and Daniel Marshall, Andrea’s former employers. A graduate of Loyola Law School, Daniel Marshall, along with a small number of other liberal Catholics, had founded the Los Angeles Catholic Interracial Council (LACIC) in 1944 with the goal of promoting civic equality and interracial cooperation. Marshall offered his legal expertise to a number of race-discrimination cases in the 1940s, including several that resulted in landmark decisions by the California Supreme Court.

In 1946, for example, Marshall came to the aid of Henry Laws, a black war worker who was jailed for the offense of building a house that he intended to live in on land he owned in violation of a restrictive residential covenant that forbade occupation by any person “not of the Caucasian race.”

Joined by the Anti-Defamation League and the NAACP’s crack California lawyer Loren Miller, the case of “the house on 92nd Street” was a key challenge to restrictive covenants in filled-to-bursting Los Angeles County, which in 1945 saw more suits contesting residential housing restrictions than all the rest of the country combined.

That same year, Marshall contributed an amicus brief in People v. Oyama, a groundbreaking challenge to California’s Alien Land Law. When it came before the Supreme Court of the United States, this case elicited the strongest argument to date that the Fourteenth Amendment was designed, as Justice Hugo Black insisted, “to bar States from denying to some groups, on account of their race or color, any rights, privileges, and opportunities accorded to other groups.” In this era, Daniel Marshall was a vital member of California’s small cadre of civil rights lawyers.

African Americans and foreign immigrants were sterilized at nearly twice the rate as the general population.

When Andrea and Sylvester presented their problem to Marshall in 1947, he consulted with his former Loyola roommate and current LACIC member, Fr. George Dunne, SJ. Dunne advised that rather than mount an equal-protection challenge to the law (which would have asserted that it violated the Fourteenth Amendment’s guarantee that no state “shall deny to any person the equal protection of the laws”), or contest the ascribed racial identity of either Andrea Perez or Sylvester Davis (who had identified themselves straightforwardly as “white” and “Negro” on their application for a marriage license), Marshall should attack California’s antimiscegenation law on the ground that it violated religious freedom.

The US Supreme Court had recently ruled that fundamental liberties protected by the First Amendment, including the freedom of religion, “are susceptible of restriction only to prevent grave and immediate danger to interests which the State may lawfully protect.” In effect, Marshall’s argument was that because marriage was a religious institution, the state could not constitutionally deny individuals the freedom to marry other individuals of their choice in the absence of a compelling justification.

A challenge to California’s antimiscegenation law on First Amendment grounds was not implausible. At the time, a crucial swing vote on the California Supreme Court lay in the hands of Justice Douglas Edmonds, a Christian Scientist known for his interest in religious liberty. Nevertheless, when Daniel Marshall stood before the California Supreme Court in October 1947 and challenged the constitutionality of the state’s restrictive marriage laws, he stood alone.

None of the civil rights advocates he had worked with in the past—not Thomas L. Griffith Jr., president of the Los Angeles branch of the NAACP; not David Coleman, director of the local Anti-Defamation League; not Charlotta Bass, publisher of Los Angeles’s oldest black newspaper, the California Eagle—would join the Perez lawsuit.

The American Civil Liberties Union kept an eye on the case, as did the Japanese American Citizens League, but neither would lend its voice to a cause “with so much dynamite in it.” This absence of support, explained California lawyer and journalist Carey McWilliams in The Nation, reflected the belief of local civil rights leaders that, as the foundation of Jim Crow, “miscegenation statutes could not be successfully challenged in the courts.”

A decision from outside the Deep South upholding the logic of Plessy v. Ferguson would damage the entire civil rights project. According to this view, it was essential to proceed in the courts cautiously and incrementally rather than to leap recklessly to challenge the most fundamental facet of Jim Crow—state antimiscegenation laws. 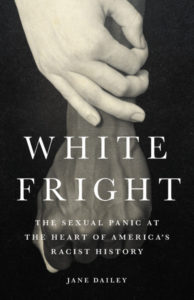 Excerpted from White Fright: The Sexual Panic at the Heart of America’s Racist History. Used with the permission of the publisher, Basic Books. Copyright © 2020 by Jane Dailey.

Jane Dailey is an associate professor of history at the University of Chicago. A recipient of fellowships from the American Academy in Berlin and the Guggenheim Foundation, she is also the author and coauthor of several previous books, including Before Jim Crow and Building the American Republic. She lives in Chicago, Illinois. 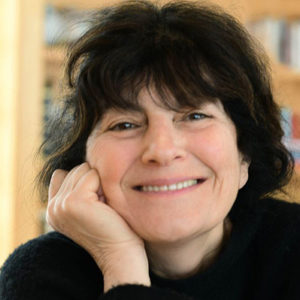