On Being a Writer Who Can’t Read

"I'm Going to Pretend to Read to You From My Novel."

I started with a glass of wine. Half an hour later, I used a fork to flatten the bubbles of a Diet Coke. When that didn’t calm my stomach, I chased both drinks with two shots of Pepto. No matter how much I had practiced, the fact remained that I was about to stand before a room of 50 people and hide my inability to read.

My writing teachers had been aware of my situation. During workshop, they called on one of my MFA classmates to read a sample from my story up for discussion. I had long ago given up memorizing a page and a half of prose, feigning a tickle in my throat when the final few paragraphs escaped me. If I had petitioned the program or graduate school, I’m confident they would have waived the public reading from my thesis as a degree requirement, but the idea of acknowledging what I couldn’t do, however long and legitimate that list, never had held much appeal. On top of that, I thought I had an idea.

When I say I can’t read, I’m not referring to illiteracy, but to the large blind spots in my central field of vision that put an end to my unremarkable driving career a few months after my 16th birthday. During the summer before my senior year of high school, after the condition was finally diagnosed as Leber’s Hereditary Optic Neuropathy, a permanent if not progressive condition, I filled out paperwork to receive my textbooks as cassette tapes from a place called Recordings for the Blind & Dyslexic. Rather, my parents filled out the paperwork and I signed my decreasingly legible name on a thin black line beside a thick black X.

The word blind made me wince. Whenever I placed my 22X Loupe magnifier over it on the battered boxes in which the books arrived, it always seemed larger than the other words. Free matter for the Blind” read the additional stamp in the corner where postage went. I preferred euphemisms like “bad eyes” or “vision problem.” Technically, I wasn’t blind. Thanks to my peripheral vision, my ability not to walk into walls, people, or coffee tables remained intact. In class, I could fix my eyes on the chalkboard as well as the other students, even if my notes consisted only of whatever information teachers said aloud. Never mind that most of the notes I took on unlined paper were too messy to decipher because I refused to adjust the size. Whenever I asked for help, teachers couldn’t have been more accommodating, giving me tests orally or on blown-up Xeroxes, but I made sure this was done discreetly, in a lunchtime cubicle or private conference room.

After meeting with the director of disability services at the giant state university, who told me the greatest Christmas gift I could give my parents was a report card of Cs, I changed my choice of school to a small liberal arts college in the foothills of West Virginia. While there, I took my exams in the school’s learning center, a facility for students with learning differences or physical limitations. I had a reader who recorded longer handouts or textbooks unavailable from RFB&D. Someone from the writing center came into the computer lab with me to filter the inevitable typos of someone who couldn’t see what he was typing on the screen—I never asked the lab attendant to enlarge the font, only for his assistance in opening a blank Word document. As for those recorded textbooks, I stored them far under my bed, lest anyone see the B word stamped so officiously on every side of every box. Between my peripheral vision and some shadows in portions of my blind spots, I was able to feign eye contact during most conversations, if not as seamlessly as I liked to believe. In line at the cafeteria, before friends began reading me the daily menu, I simply ordered whatever the two or three people in front of me had ordered. All this is to say it was a fairly fruitful, if frequently exhausting endeavor, passing as a fully sighted man.

During my junior year, the director of the Learning Center escorted me to a small closet of a room where I had taken countless exams. With a gleeful “tada,” she turned on a computer only three times the size of my family’s Apple IIc+ from the early 1980s. The student who had previously recorded my handouts and textbooks would now scan them into this behemoth that 1970s police might have referred to as a “mainframe,” and the printed text would become digitized audio. When HAL 9000 had trouble pronouncing every third word in my textbook for biological psychology, I insisted on the return of my human reader, an attractive fellow Psych major improbably named Patience.

The willingness of friends and girlfriends to help, to intuit help before it was needed, became an adaptive aide as reliable as my high-powered magnifiers and talking clock. If I was completely aware of strains on relationships where the daily demands were more complicated than basic friendship and intimacy, I had no idea how to relieve them. With graduation and the move to a new city fast approaching, the concept of independence encroached like a body of water I had been skirting for years.

Unable to gain admission to any of the writing programs to which I applied, I spent the next two years in a Master’s program in English at the state university I came so close to attending as an undergrad. Unable or unwilling to make friends, I spent most of my time in my one-bedroom apartment on the fourth floor of what had been, decades earlier, a mental hospital. I listened to a lot of ESPN radio, calling into the overnight show with witty comments that made the host laugh. I recorded all my appearances on a cassette tape and played them over the phone for my closest friends, most of whom had moved out of state. I also filled tapes with new short stories and the first chapters of what felt like a novel only because it was fictional and very long. I hadn’t yet given up on writing, perhaps only because no other options had come to mind.

Tired of finding a new reader every few months and too embarrassed to ask someone from one of my classes, I made my way to disability services. If the same dean of low expectations was still on staff, I managed to avoid him. I took a seat in the office of an energetic, orange-haired lady who described how far technology had come in only the last few years. The software that converted text to digital audio read with inflection and mostly proper pronunciation. With her help, after watching from the sidelines as college friends enlisted in the email revolution, I finally, in early 2000, obtained the user name and password for my very first email account. Months later, admission into a good writing program seemed to confirm my upward trajectory, and three years later, the impossible act of reading from my thesis in front of an audience felt like another obstacle I could easily surmount.

Not long into my writing program, using a screen reader called JAWS—Job Access With Speech—I abandoned my trusty microcassette recorder and began writing all my story drafts on the computer. While calibrating the rhythm of sentences, the digital voice of my desktop traveled from ears to brain to throat, and I often found myself verbalizing if not quite reading what I had written. Could I do this, I began to wonder, for more than a sentence or two? I practiced, translating the digital voice of my screen reader into my own voice, recording my thesis line by line onto a cassette. From there, I “read” my thesis to an empty bedroom, repeating every word my prerecorded self spoke into my ears, stumbling less and less with each take.

Nervous as I was in front of an audience of strangers and peers, I made few mistakes. No one asked why I wore earbuds plugged into a small cassette player. Effusive, seemingly sincere comments from classmates and teachers after the “reading” focused only on the content of my novel excerpt. The truth was I had nothing to hide: everyone who knew me knew I was visually impaired, if not how significant the impairment.

In movies, even some novels, the swelling of applause at the end of that reading would have been the turning point of self-acceptance. In actuality, the real achievement to me at the time was having passed for normal on a grander stage. In writing, as in life, first drafts sometimes lack an awareness of the story’s central themes. Revisions often come to us piecemeal, the improvements gradual and cumulative. My preoccupation with the charade of passing, that it mattered to me at all, strikes me now as utterly absurd, so much so that this insistence became a defining trait of the visually impaired narrator of my first published novel. And it would be disingenuous to suggest that pride or shame don’t still linger in the bones, ghosts of once-greater pain.

A dozen years separate that thesis reading from the modest book tour for my debut novel. I’m still nervous each time I step behind the lectern before a reading. I still slip the earbuds into my ears and listen to my recorded voice, repeating myself with what I hope is credible inflection. Sometimes there are strangers in the audience, sometimes only friends and family. Always they are the same kaleidoscopic blur in my central field of vision. I give the frightened, grateful smile of a writer lucky enough to have published a book. “I’m going to pretend to read to you from my novel,” I say and begin to read. 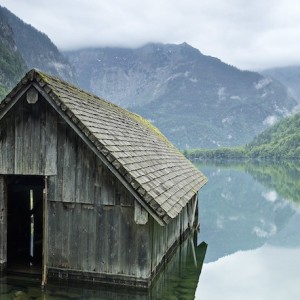 When you’re starting life as a writer—and even after you’ve graduated from newbie to whatever comes next—two questions...
© LitHub
Back to top