On The Man Who Fell to Earth, and Bowie the Actor

The following is excerpted from Hugo Wilcken’s 33 1/3 series on David Bowie’s Low.

In December 1975, shortly after he’d signed off on Station to Station, Bowie was back at work on a soundtrack for The Man Who Fell to Earth—although ultimately it wasn’t used in the film, and remains to this day unreleased. If Station to Station laid down the artistic groundwork for Low, its actual genesis came in these soundtrack sessions. Various Low tracks are reported to have been recycled from this time—Brian Eno has said that “Weeping Wall” started life there, although Bowie himself claims that “the only hold-over from the proposed soundtrack that I actually used was the reverse bass part in ‘Subterraneans.’” He is perhaps not the most reliable witness to the lost weekend of 1975 (Bowie on Station to Station: “I know it was recorded in LA because I read it was”), but other hold-over candidates do seem to me to be ruled out on internal evidence.

Bowie worked with Paul Buckmaster (producer of his 1969 “Space Oddity” hit), who brought in a cello to accompany Bowie’s guitar, synthesizers and drum machines. The sessions (at Bowie’s Bel Air home) produced five or six working tracks, recorded on a TEAC four-track tape recorder. According to Buckmaster, the two were very taken at the time with Kraftwerk’s recently released Radio-Activity. This album caught Kraftwerk at a transitional phase of their career, channelling free-form experimentalism towards more tightly controlled, robotic rhythms that are like the sonic equivalent of a Mondrian painting. Radio-Activity is a clear influence on Low, with its mix of pop hooks, unsettling sound effects, retro-modernism; its introspection and emotional flatness. The theremin-sounding synths of “Always Crashing in the Same Car” and the electronic interludes on “A New Career in a New Town” in particular have a Radio-Activity feel to them.

Apart from that early run-through of “Subterraneans,” then, these sessions’ real contribution to Low was that they got Bowie thinking about (and creating) atmospheric, “mood” music for the first time. In a career of over a decade, Bowie had yet to record a single instrumental piece. In this respect, the loghorrea of Station to Station—with its lumber room of loosely connected images—looks backwards rather than forwards, since more than half the tracks on Low ended up lyric-less, and the others are pretty monosyllabic. Until Low, Bowie had tended to follow some sort of narrative line, however elusive. On Low, even on the songs with lyrics, that narrative impulse largely falls away. And it was during the Man Who Fell to Earth sessions that, he later said, he first got the idea of hooking up with Brian Eno at some point.

There are conflicting accounts as to why the soundtrack project was abandoned. According to Bowie, his manager, Michael Lippman, had promised to secure him the rights to score the film and he’d started recording on that basis. When later told that his work would be competing in a three-way pitch, he withdrew from the process in a fury. That account doesn’t quite square with those of others involved. According to Harry Maslin, who co-produced Station to Station, Bowie was by this stage so burned out that he couldn’t focus on the work properly. Buckmaster seems to agree, recalling one session where Bowie had practically overdosed and had to be helped out of the studio. “I considered the music to be demo-ish and not final, although we were supposed to be making it final,” Buckmaster told Bowie biographer David Buckley. “All we produced was something that was substandard, and [the film’s director] Nic Roeg turned it down on those grounds.”

John Phillips, who ended up doing the soundtrack, tells yet a different story: “Roeg wanted banjos and folk music and Americana for the film, which was about an alien who drops from the sky into the southwest. ‘David really can’t do that kind of thing,’ Roeg said.” This seems to me a better explanation for the rejection of the Bowie soundtrack—The Man Who Fell to Earth has a sci-fi premise but isn’t really a sci-fi film and a spacey, futuristic soundtrack would have set the wrong tone. As for the quality of Bowie’s work, those who did hear it were impressed. Phillips found it “haunting and beautiful, with chimes, Japanese bells, and what sounded like electronic wind and waves.” Bowie had the soundtrack with him during the Low sessions for work on “Subterraneans,” and at one stage played it to the musicians: “It was excellent,” recalled guitarist Ricky Gardiner, “quite unlike anything else he’s done.” Months later, Bowie sent Roeg a copy of Low, with a note that said: “This is what I wanted to do for the soundtrack.”

The Man Who Fell to Earth was English filmmaker Nic Roeg’s fourth movie. In the prime of his career in the mid- seventies, he’d received widespread acclaim for arthouse classics such as Walkabout and Don’t Look Now. And he’d already initiated one rock star (Mick Jagger) into the world of acting, on his directorial debut Performance. But for Bowie, The Man Who Fell to Earth turned out to be more than just his first major acting job. In many respects, Thomas Jerome Newton, the part he plays, was Nic Roeg’s projection of Bowie, and Bowie, in turn, confessed to “being Newton for six months” after the movie shoot, wearing Newton’s clothes and striking his poses. (“I’d been offered a couple of scripts but I chose this one because it was the only one where I didn’t have to sing or look like David Bowie,” he said at the time. “Now I think that David Bowie looks like Newton.”) Roeg had first wanted Peter O’Toole for the role but became interested in Bowie after seeing a documentary that Alan Yentob had made for the BBC arts programme Omnibus. It was entitled Cracked Actor, and caught a pale, stick-thin Bowie as he toured America. It impressed Roeg greatly, to the extent that a scene in which Bowie is having some sort of psychotic episode in the back of a limo in New York was re-created for the movie, with the same chauffeur and even snatches of the dialogue reprised. Other self-referential moments make clear the link between Bowie and the role he’s playing. Like Bowie, Newton creates music, and near the end of the film, he makes an album of spectral sounds entitled The Visitor. The scene in which a character buys this album shows a record store display promoting Bowie’s Young Americans in the background. An early screenplay apparently used Bowie lyrics as well.

The movie is about an alien who travels to Earth from a drought-stricken planet, where he has left a wife and child. Using his superior knowledge, he starts up a high-tech corporation to earn the money he needs to build a spaceship, which would ship water to save his planet. Into his reclusive life comes Mary-Lou, an elevator operator, who introduces Newton to TV and alcohol. Meanwhile, his phenomenal rise to power sparks interest from government agents, who find out about his space project and determine to stop it. They imprison Newton in a penthouse and subject him to medical examinations. Eventually they lose interest in him; Mary-Lou tracks him down and he escapes. He records The Visitor, which he hopes his wife, who may already be dead, will hear. Knowing he can neither go back home nor save his dying family, Newton descends into self-pity and alcohol. In a sense, he has become human.

Bowie is not called upon to act in any conventional sense (and when he occasionally has to, the results are fairly lame). He merely projects an otherworldliness that’s already there in the alienation that’s the result of rock star fame, drug abuse and a romantic conception of the creative life. “The basic premise is of a man forced to be in a position where he has to enter a society, not letting too much be known because then he’d be in continual isolation,” explains Nic Roeg. “It had to be a secret self, a secret person. Emotionally, I think a lot of these thoughts appealed to David.” Newton is like a refugee, “an astronaut of inner space rather than outer space. I remember David and I talking about that theme.”

The second, “ambient” side of Low is partly about exploring Newton’s vast interior landscapes, as Bowie’s note to Roeg implies. The fact that two of Bowie’s albums and numerous singles bear images from the film illustrate its importance. The role was a perfect feint for the Bowie persona, crystallising the metaphor of the alien, which Bowie continued to both nurture and fight against (his uninspiring “regular guy” schtick of the 1980s was something of a reaction to it). As late as 1997, the chosen title of his album Earthling resonates with an irony that goes back to The Man Who Fell to Earth.

Hugo Wilcken is the author of the novels The Reflection, The Execution and Colony, and the nonfiction book David Bowie’s Low, part of the 331⁄3 series. All three books were critically acclaimed in both the United States and the UK. After residing for many years in Paris, he now lives in Sydney. 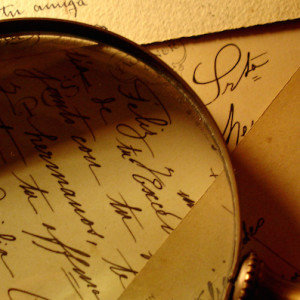 I started with a glass of wine. Half an hour later, I used a fork to flatten the bubbles of a Diet Coke. When that didn’t...
© LitHub
Back to top