When you’re starting life as a writer—and even after you’ve graduated from newbie to whatever comes next—two questions will inevitably plague you: 1) how do I find time to write and 2) how do I find money to buy food and a put roof over my head?

I don’t know any artists who are actually starving. More likely they have taken a full-time job in order not to starve. This is especially true for emerging writers or those early writers, spinning their work in the white light of their own cocoons. Later on, both in life as well as the arc of your writing career, the question becomes ever more weighty: mortgage, back surgery, feeding the whole family not just once, but three times a day? Many writers and wannabe writers, quite rationally, take full-time jobs. I admire these people. I was never able to do it.

If necessity is the mother of invention, then poverty is the father of hustling. Because I am the type of person who needs long chunks of time to write, and because I am the kind of person who completely loses track of the world when I am doing what I love most (“You’re like a junkie” a friend once said), for ten years I wrote, worked when I could, and lived in odd, cheap, out-of-the-way places. I worked seasonal jobs and oddball gigs like traveling salesman, freelance editor and camera tech. My income, if it could be called that, fluctuated accordingly. Fatter in the fall and winter, spare in the spring, long and lean in summer.

What product did I hawk door to door? I sold posters to college kids. Yep: posters. The setup was pretty simple: The company, started by four hippies back in the 1970s, would give us a 25-foot rental truck, stuff it full of posters, frames and hackeysacks, hand us a folder of university contracts, book us at motels across the country, shake our hands and say, “See you in two months, guys. Make a lot of money. ” Off we would go, a two man traveling circus armed with thousands of posters of Bob Marley and Van Gogh’s “Starry Night.”

We made a good team, my buddy Chester and I. I was a decent driver, but “Che” was otherworldy. You’ve never seen a truly good driver until you see someone weaving a 25-foot box truck at high speeds through morning rush-hour traffic on a Los Angeles freeway. He bullied, beeped, swerved, and braked. But mostly he just flew.

Che was a Tetris wizard when it came to organizing the 50 or more boxes we had to shuttle daily in and out of the truck to make a store-on-the-fly. I was good at talking to our local contact, who was usually the no-nonsense general manager of the campus book store, as well as chatting up our customers, mostly college freshmen, and in Chester’s recollection, mostly female.

One year we drove nearly 17,000 miles. In ten weeks. Horrible motels, boil-in-the-bag Indian food, but none of that mattered in the end because in the end we got our commissions. Ten percent of whatever we sold. Two years running we did over $150,000 in sales. That’s not bragging in any way. My $10,000 or $15,000 commission plus salary wouldn’t go far in New York City or San Francisco, or any other city in the U.S. But it was ample funds to live for more than a year in Chile. That’s when I discovered the rule by which I chose to live the next ten years of my life: make dollars spend pesos.

The irony of writing a book that is in part about the suffering caused by our global economic system, while simultaneously enjoying the privilege and benefits of that very economic system, is not lost on me. If anything, I obsess over it. Somewhere inside the insanity of the global economy, I managed to find a tiny corner in which to learn to write. It was how I found the time to write a first novel and lose the entire thing, all 604 pages. It was how I found time to write that novel a second time, and then finally land an agent, and edit for another year. Make dollars, spend pesos. After four years of teaching myself how to write, four years in grad level art programs, two years on the novel I lost, two years on the new draft, and two years editing, I finally sold the novel to Lee Boudreaux who was starting her new imprint, Lee Boudreaux Books, at Little, Brown.

You don’t need to live in New York City. Or the U.S.

I believe at some point all writing roads pass through New York but you don’t need to live in New York City to be a writer. In fact, it’s probably a good idea when you’re starting out to avoid the city altogether. You only really need to live in NYC if you want to be in publishing. But writing and working in the publishing industry, while not mutually exclusive, are most definitely not the same thing. One requires a sharp mind, creativity, and the ability to work brutally long hours. The other is about writing down a bunch of made-up stuff.

True, there is an enormous upside to being a writer in NYC: access to agents and editors, parties with book-loving brilliant folks, exposure to some of the best music, theater, painting, and writing in the world. And diversity! And great food, even if you can’t ever afford to eat it. The downside, obviously, is rent, which can destroy the life you want to live because you will likely adjust your life plan so you can pay rent. Beware of back up plans. They soon become your life.

If you do go to New York, particularly for an MFA as I eventually did, keep it cheap. An MFA at Hunter College, which is part of the CUNY system, currently costs $7,800 a year. Same for Brooklyn College or Queens. Tuition for the Columbia University MFA for one year is $55,000.

During the years I was selling posters and avoiding New York City I lived in China, Chile, Sri Lanka, Chile again, Argentina, Texas, London (the economics didn’t work out there), India, New Orleans, Chile for a third time, Guatemala, Greece, and finally a combination of Montreal, my Dad’s house and my old economics professor’s house in Puerto Rico. Make dollars, spend pesos. My mom always joked when I landed in Florida that before I could get in the car I just needed to show her my return ticket.

In 2011, after I had lost the first draft of my manuscript, I took my poster money and went to Guatemala to start over. One of my best friends was there, an ex-girlfriend who is a painter. In New York she had lived illegally in her studio beneath the Manhattan Bridge. When I slept over we would pee in a garbage can she later emptied in the office bathroom down the hall. She showered at yoga class or the boxing gym next door. She was selling work, but after ten years of living “like a rat” she was sick of it. So she left.

In Guatemala, she lived in a high and fog-covered region called Baja Verapaz, sharing art and forms of art-as-therapy with Mayan communities. She got a dog to keep her company, called Polina. When I visited we would take her for walks. Our favorite walk took us up a hill and out of town, into the countryside where dirt roads ran through fields and then up and over a mountain. One evening as we were coming back down we stopped at a small shop on the very edge of town. We gave some water to the dog. We shared a beer. And as we sat and drank and talked with the shop owner I noticed little kids coming up to the window and buying a candle. One kid, one candle.

“What’s the deal with the candles?” I asked the shop owner. “Why one?”

“No hay luz,” he said. They didn’t have electricity.

Some time later—on that visit or another one—we were coming back from the mountain and it was late, already dark. As we followed her dog down the dirt roads towards town I noticed, as if for the first time, the houses in the fields. They were one room shacks built of salvaged wood and rusted metal sheets. There was a light coming from each shack. The small flickering light of one candle.

My father’s small farmhouse on a creek in Pennsylvania. A goat shed converted into a comfortable studio on a lonely island in Greece where the owner, Elaine Moore Hirsch and her son, Peter, had also, alone, each lived and created through long and windy winters. The tiny cabin on a cliff in Chile overlooking the Pacific. The places were as varied as my financial needs were great. Yet my favorite place is the one I’ve returned to again and again, and the one I now (mostly) call home.

I first went to Woodstock when a dear friend rented me her house on the stream in Bearsville. It was drafty, if not downright cold, but the gas burners lit reliably and the nights were wrecked with stars. In this house, as in other places I’ve lived, I brought only what I could carry: a suitcase of clothes, a few books to read and reread and whose margins I filled: Don DeLillo’s Underworld; T.C. Boyle’s Drop City; Marilynne Robinson’s Housekeeping. There were others, but it was these that accompanied me to the kitchen table every morning.

A kitchen table is a clean and distraction-free surface. Its simplicity is its advantage. (The disadvantage is that five to eight hours in a kitchen chair does hell to your back.) The Bearsville House from years ago had one more quirk which made it my favorite of the 17. Folded in the mountains there was no cellular service, and through the months I wrote there, no Internet. Connection with the outside world had only two possible outlets: a spotty landline, and the slower more antiquated form of communication: writing a novel.

The solitude was tremendous; the fridge was stocked; the work got done.

Sunil Yapa holds a bachelor's degree in economic geography from Penn State University and an MFA from Hunter College. The biracial son of a Sri Lankan father and mother from Montana, Yapa has lived around the world, including time in Greece, Guatemala, Chile, Argentina, China, and India, as well as London, Montreal, and New York City. 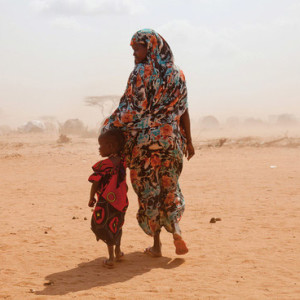 We’re at a betwixt and between moment, still considering 2015 books while looking forward to 2016. The Los Angeles Review...
© LitHub
Back to top