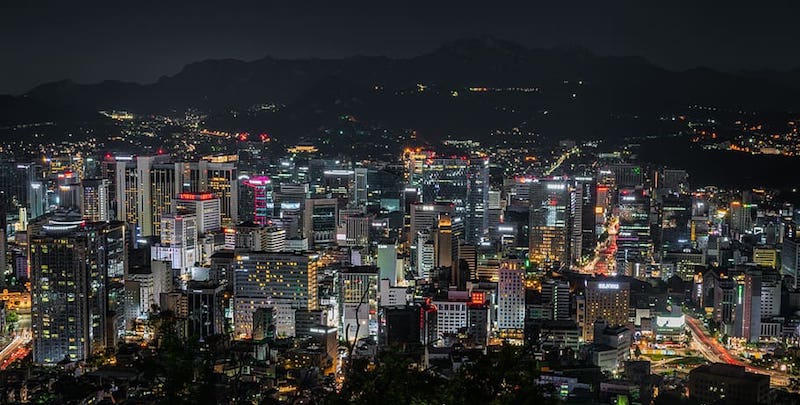 Editor’s note: This piece was written in spring 2020 as South Korea was slowly reopening after its first wave of Covid-19. Translated by Arthur Malcolm Dixon.

It’s Sánchez Braun’s 40th birthday. We haven’t seen each other since that day at the yakitori place and our conversation over soju about Shincheonji’s recruitment tactics. A journalist friend of his has invited us to celebrate the occasion on his rooftop terrace. There aren’t many of us, eight in total, but it feels like a crowd. One of the eight is Sebastián. The last time the three of us were together was on another birthday, my birthday, when the virus was but a whisper, still far from becoming a thunderous roar. Hamburgers and hot dogs on the grill. Beer. We go down to the apartment for a piece of cake. Red wine. The sun has set, we don’t go back to the terrace. At least we were spread out up there. Now, in the living room, we all feel a little uncomfortable, so close to each other. More wine. By now we’re a little drunk. There’s a big TV. Sánchez Braun suggests we put on music videos of guilty-pleasure tracks from years past. What follows is an avalanche of eighties songs. White wine. Whisky. I talk with Sebastián. We discuss the case of a student who, desperate, took twelve pills in order to lower his fever and be allowed on a flight to New York. The drinks lead us to imagine grim scenarios. Perhaps, eventually, serological tests will be put in place to determine whether you have or haven’t had the virus. They’ll require your results for entry to other countries. On job and scholarship applications, you’ll have to answer the COVID-19 question, like when they used to ask if you were HIV-positive. I recall the foggy memory of my childhood vaccination card, the needle marks on shoulders, like Soojeong’s. She couldn’t come, she’s with her coworkers thinking up strategies to salvage a music festival that was scheduled for mid-June. I go to the bathroom. I look to see if I have needle marks on my shoulder from my smallpox vaccination. I could have sworn I did, but I don’t find them. When I get back to the party, they’ve started singing along to “Fame.” I find my glass. Whisky. Sebastián’s girlfriend belts out the chorus. I’m gonna live forever, I’m gonna learn how to fly. Others join in. I’m gonna live forever, baby remember my name. I would also like to sing that I’m going to live forever, but with the pandemic and the future in the background, collapsing on top of our present, the words just sound like another noise in my head. Whisky. Double. Will it always be like this? Groups of eight people in a living room, forever? I miss bars, strangers, their scents and the darkness. It hurts to think of a world without bars. I’ve known them since I was seventeen. I miss being able to say, “Going to a bar sounds like a drag, let’s just stay home.”

People have begun to go outside en masse. Long lines in every neighborhood of the cities, in every town, in every slum. Island-dwellers took the ferry to the nearest port. A boat went to pick people up from Marado, Korea’s southernmost island, barely four square kilometers with ninety inhabitants. Soojeong got out early too. Even those uninfected who were under mandatory quarantine left their houses in the late afternoon. They were granted one hundred minutes to go out and come back. All manner of protocols, face masks, hand sanitizer, plastic gloves, a meter’s distance between everyone and everyone else. It passed in the National Assembly by the largest voting margin in the last three decades. In South Korea, everything seems extreme. The good and the bad don’t come in small doses, and sometimes escape all understanding. A North Korean—and not just any North Korean, he was consul to the U.K. before deserting—won a seat for the Gangnam District, one of the richest in Seoul. He represents the conservative United Future Party, which never misses a chance to shout “commie” in the face of any opponent. The people, of course, made a joke of it. They call him Gangnam-Stalin.

The fantasy of normality in the form of the baseball preseason. The first games begin next week, behind closed doors. Ghost games. There’s now a manual the players will have to follow to the letter: their temperature will be taken twice during each game, they must wear face masks while waiting for their turn to bat, it is recommended not to high-five without gloves on, and under no circumstances may they spit.

Three months ago, when the outbreak had just begun, I read a news article about a Korean mother who lost her young daughter to leukemia. Thanks to a virtual reality device, this woman was reunited in a park with an avatar of her daughter. They celebrated her birthday together. The virtual model, created using a child actor, was designed based on photos, videos, and the mother’s own memories. Their meeting was recorded for a documentary. A few days after the story was shared, the mother, who ran a blog, closed it down, saying she needed some time. She was exhausted. Around two hundred people have died of COVID-19 in Korea. In other countries, thousands have buried their parents from a distance. I wonder if, in this situation, they would choose the same way of saying goodbye as that Korean mother. I hope not. I hope they can still get by with candles, sticks of incense, a photo in their wallet.

It’s a Saturday night in the time of coronavirus in Seoul, and in the midst of the deafening noise of women and men, I think of the rest of the world.

I read the news from everywhere except North Korea. Nobody knows what’s going on eighty kilometers from Seoul, if they’re piling up dead bodies or if they reached herd immunity before anywhere else. It’s impossible not to discern a moral quality to the virus. It has pulled the masks off many democracies, and maybe (why not?) it will topple a dictatorship.

I convince Soojeong to take a walk with me through the city center. We stroll along a stream. There are lots of people, but not as many as there should be given the weather. We’ve put our winter coats back in the closet, and in just a few weeks summer will be here. The spring was lost forever. They tell us we’ve progressed from Intensive Social Distancing to Relaxed Social Distancing. You can count the cases on your fingers, most are imported, and yesterday there were no deaths. After walking for a while, we get hungry. Apparently there’s a famous restaurant around here. We find it fairly easily. It’s old, family-style, just the way we like it. We walk in without a second thought. We catch each other’s eye with a laugh, nervous. There are about thirty tables, almost all taken. Families, couples, groups of old men talk, all with the same dish in front of them: spicy snails with onion. We find an open spot and order. A few minutes after tasting the food, my tongue and lips are throbbing. Taking a swig of beer, I suggest to Soojeong, not without feeling guilty, that we take a short trip next weekend. Pack our bags. Nothing in the world seems stranger to me now than picking up a toothbrush and sticking it in a suitcase. Seaside or mountains? Mountains or seaside? The heavy shadow of a second wave will not disappear. Who knows where it will start or how much it will deepen the transverse cut the virus has already made through this country. At any rate, the time has come to start living with our new guest. I turn to look around. It’s a Saturday night in the time of coronavirus in Seoul, and in the midst of the deafening noise of women and men, I think of the rest of the world. It’s like we’re on a spacecraft unmoored from the mothership. We’re going exploring, and if all goes well, we’ll talk to you soon.

Arthur Malcolm Dixon is lead translator and Managing Editor of Latin American Literature Today. His published translations include the novels Immigration: The Contest by Carlos Gámez Pérez and There Are Not So Many Stars by Isaí Moreno (Katakana Editores) and the verse collection Intensive Care by Arturo Gutiérrez Plaza (Alliteratïon). He works as a community interpreter in Tulsa, Oklahoma and is a 2020-2021 Tulsa Artist Fellow.

On Artificial Intelligence, White Supremacy, and the Military-Industrial Complex 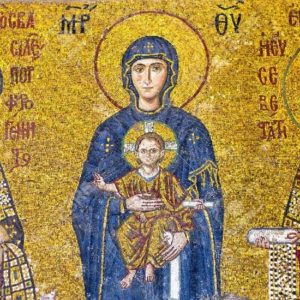 In Byzantine Intersectionality: Sexuality, Gender, and Race in the Middle Ages (Princeton University Press, 2020), Roland...
© LitHub
Back to top