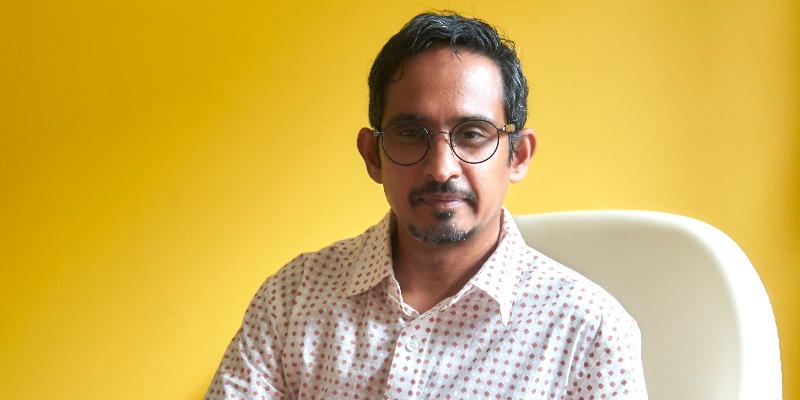 In Conversation with V.V. Ganeshananthan on Fiction/Non/Fiction

Writer Nawaaz Ahmed joins co-host V.V. Ganeshananthan to discuss his debut novel, Radiant Fugitives, in this special live episode of the show held with Elliott Bay Books in Seattle, Washington. Ahmed’s book, set in California against the backdrop of Obama-era politics, explores how differences in faith and sexuality affect an Indian Muslim family when two estranged sisters—one a doctor more religiously observant than their parents, the other a political organizer who is lapsed, queer, recently divorced, and newly pregnant—reunite to support their ill mother. Ahmed also discusses his career shift from computer science to fiction, his decision to identify as a gay writer, and how these changes have strengthened his position as an activist.

To hear the full episode, subscribe to the Fiction/Non/Fiction podcast through iTunes, Google Play, Stitcher, Spotify, or your favorite podcast app (include the forward slashes when searching). You can also listen by streaming from the player above. And check out video excerpts from our interviews at Lit Hub’s Virtual Book Channel and Fiction/Non/Fiction’s YouTube Channel. This podcast is produced by Anne Kniggendorf and Whitney Terrell.

*
Excerpt from a conversation
with Nawaaz Ahmed:

Nawaaz Ahmed: There’s the scene that I put in the book about the protests going on at the parade where you have these signs that the protesters against the gay pride parade have. We see homophobia as being this very violent thing. But there’s also these other insidious ways in which it comes up, and in small ways, too. And it comes up also when we bring our own baggage to the matter, like Bill [is bothered] when he realizes Seema is volunteering for the Obama campaign, because he is triggered by the fact that Seema may leave him. And so, there is that kind of personal baggage we also bring to the issue. And Tahera has her own envious relationship with her sister, which I think informs a little bit about how she sees Seema’s more freeing sexual exploits in a way. There is, I would say, even a bit of envy in that. So, there are these various ways in which people react in the book to Seema’s sexuality, and I wouldn’t label all of them homophobia, but I would say that there are various ways in which our personal baggage and personal issues trigger certain reactions to it. And I wanted to try to capture the spectrum of that, not just as I said, the signs that we usually denote as homophobia.

VVG: That makes a lot of sense. I also really appreciated the joy of the depictions of San Francisco’s LGBTQ scenes, the gay pride parades, that community, and then also Seema’s uncertainty within that community when she marries Bill. And she kind of wonders how she stands, which maybe is another example of what you’re talking about. And it’s obviously not exactly homophobia, but there’s complex moving in and out of the borders of a community. And I felt like that was something that I hadn’t seen depicted as much, and it’s done really beautifully there. We have a question in the q&a portion here from Brian Judd. How did your personal coming out story influence the development of this story?

NA: I think the biggest way it influenced it is the necessity that I felt to write this book. When I came to San Francisco in 2000, that was the first time I actually met the South Asian queer community, in Trikone. And that’s the first time that I met all these incredible activists who had started it and who had continued to do work. I felt like writing the book would be my contribution, in a way, because I felt that the work had to be continued. In 2008, when Prop 8 passed, and I did take part in volunteering, I felt like I had to put myself in the fight. As a computer scientist that was a hard thing to do, but as a writer, that was hopefully something I could do better. In my initial conception, the book did not have any queer characters. But I decided in 2010 during the MFA program that I could not write this book unless it had a major queer character, and someone who would be part of the struggle.

VVG: So was that a part of your career shift?

VVG: I was wondering about what you said about how it’s hard to take action, or maybe it’s harder, or the choices are more subtle to take action as a computer scientist, but to express your political thoughts as a writer would be more natural. And so perhaps, moving to writing more seriously, as someone who wanted to portray people, for example, using these different registers of rhetoric, moving in and out of politics, dealing with these long and sometimes subtle repercussions of politics on their lives. You talked about popular political texts, but you also quote Keats extensively, and, of course, the Quran. I’m not Muslim, and I appreciated how you gave me access to the perspectives of the faithful or the lapsed, particularly Seema and Tahera and their family, without explaining the terminology and practices that would be well known to members of the community. And so that work was mine to do, and I wonder how your own relationship and familiarity with Islam influenced your choices in doing that.

NA: Growing up as a kid, we had a teacher would come up in the mornings at seven o’clock and teach us Arabic, which is not a language we used at home—we spoke Urdu at home—and teach us how to read the Quran and memorize some of the surahs. We usually memorized the smallest surahs and these were usually one verse or something like that. The other surahs could have like, 100 verses. And it’s hard to forget those. I can still recite some of them, I won’t do it here, but I still can, because they’re steeped in melody, they’re steeped in rhyme. Any recitative language does that, and the Quran is basically an oral recitation, and so it’s very hard to forget. And Keats was also something we learned how to recite. “A thing of beauty is a joy forever.” I mean, we learned that in the fourth or fifth grade, and we had to recite that whole thing. I went to an Anglo Indian, what they call a convent school, which was very steeped in teaching the British Romantic poets. Those kinds of influences are the influences that I saw on Seema and Tahera. And especially Tahera, who has gone to faith at the later time. She comes to Islam, not from her childhood, but much later, as an adult, she decides to take on a more rigorous approach to Islam than she did as a child. It seemed to me very interesting and almost necessary to contrast the two things. How do you go from learning how to recite the Keats to learning to recite the Quran? How do you try to make sense of the two?

And for a long time, Tahera doesn’t do that. She does that only at the moment in the book where she is forced to by her sister and her mother. But she’s taken back in the past, in a sense, by seeing her mother and her sister together. The book tries to explore that, and having been brought up in both of those, it just felt so natural to me. Like, these would coexist in a novel, and it was exciting, exciting to think of a novel that could contain both the Quran and Keats as well as Obama’s speeches. These are the things we hold on to. I mean, I don’t know exactly what it means to say, “A thing of beauty is a joy forever,” but I can find 100 different meanings, and I use it at different times in my life. These texts became these things that I saw my characters hanging hopes on. I think the whole book, in a sense, I hope, becomes something like that for somebody else, that they can hang on things off it.

VVG: Very much so. 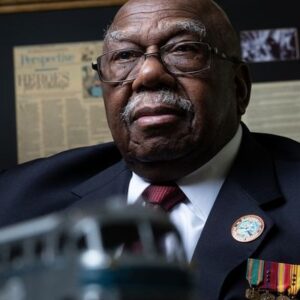