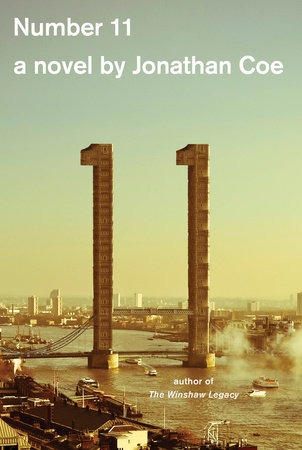 The following is from Jonathan Coe’s novel, Number 11. Coe's awards include the John Llewellyn Rhys Prize, the Prix du Meilleur Livre Éntranger, the Prix Médicis Étranger, and the Bollinger Everyman Wodehouse Prize for Comic Writing. He lives in London with his wife and their two daughters.

Death is final. I know that’s a banal observation but what I’m trying to say, I suppose, is that this week in Beverley was the first time I had really understood it. And yes, that must be the real reason I’ve never forgotten the death of David Kelly. It was the first time the reality of death had been brought home to me. It was, if you like, the first death in our family.

Up until that point I’d known almost nothing about the war with Iraq, but now I could tell that something had changed; a line had been crossed. A good man had died, and could not be brought back. And our Prime Minister (I realized now that this was who Grandad had been talking about) had blood on his hands.

“Whatever else you say about her,” he told me, “Mrs. Thatcher would never have allowed anything like that to happen. She was a great lady.”

“Has he been going on about that woman again?” Gran said, as we did the washing-up together. “I wish he’d change the record.”

She was always criticizing Grandad for something or other, I noticed, and yet they seemed far more devoted to each other than my own mother and father had been. (Mum and Dad had split up by now. That holiday they’d taken without me—the time my brother and I had been sent to Beverley together—had been a last-ditch attempt to patch things up, I think. Needless to say, it hadn’t worked, and they’d gone their separate ways soon afterwards.) It struck me that Grandad would rarely let Gran out of his sight and did not like her to carry out any tasks that were remotely strenuous.

“Has Gran been ill or something?” I asked him, one day near the beginning of our visit.

“What makes you ask that?” he asked, not looking up from his Telegraph crossword.

“I don’t know. You never let her do anything. Mum was the same with me after I had chicken pox last year.”

He glanced up at me now. “A few weeks ago, she had a bit of a . . . funny turn. So the doctor asked me to keep an eye on her, that’s all.” I realize now that this way of speaking was completely typical of Grandad. What he referred to as a “funny turn” had in fact been an epileptic fit, following which Gran had been sent to hospital (after a wait of four weeks) for a brain scan. Now they were waiting for the results, but both were aware that the news could be bad. A brain tumour was the most likely explanation for the fit, and many patients die within a few months from cancerous gliomas.

Of course, I didn’t understand any of this at the time. I did not know that the shadow of death, in all its terrible finality, had arrived so suddenly, without invitation, and was hanging over the two of them. But I noticed something, at least: I noticed that Gran and Grandad seemed closer to each other than any grown-ups I had ever seen before, and this closeness manifested itself, not only as a constant need to be in physical proximity, a refusal to let each other out of their sight, but also as a perpetual state of—for want of a better phrase—loving irritation. Almost every word that the one spoke to the other would touch some nerve, provoke some petulant spasm in response; but this was testament only to the state of near-unbearable anxiety in which they were both living, to the renewed awareness of love that had been kindled by the prospect of losing each other.

As I said, I didn’t understand any of this; but I was aware of its outward manifestations. What really annoyed me about Alison, over the first few days of our visit, was how insensitive she seemed to be to what was happening around her. Seeing my grandparents sitting in the garden one afternoon, sipping from their mugs of tea and holding hands lightly across the space between their plastic chairs, she said, “Look at those two. Let’s hope we never get to be like that, eh?” and she never missed an opportunity to remark on how old and decrepit they appeared to her.

We had little in common, I soon realized: the significant friendship was between our mothers, not between Alison and me. At school we were not together often enough to irritate each other; here, sharing a house and indeed a bedroom, our relationship was already under strain. Another thing that had started to annoy me was the way she picked up on everything I was feeling and tried to make it her own. The death of David Kelly was a typical example.

“What are you doing?” she’d asked me on Saturday morning, when she found me in the living room after breakfast trying to make head or tail of Grandad’s Daily Telegraph.

It was pretty obvious what I was doing. “I’m reading the paper.”

“Since when have you cared about the news?”

“Did you even know there’s been a war in the last few months?”

“ ’Course I did,” said Alison. “But there are always wars. My mum says war is stupid and people are stupid.”

“Well, we had no choice this time. We had to go to war, because Iraq had nuclear weapons aimed at us and they could have nuked us in forty-five minutes.”

For the first time, Alison seemed to be showing a flicker of interest. She pointed at the front page of the newspaper. “So who’s this guy, then?”

I explained who David Kelly was—to the best of my knowledge and ability—and something of the circumstances in which he’d died. Halfway through my somewhat garbled explanation I could tell that Alison was losing interest again; but she could sense that I was troubled by this story, and she wanted to share in this disquiet, either as a way of getting close to me or in order to appropriate it for herself, to claim it as hers. So she seized upon one detail: the discovery of Dr. Kelly’s body, propped up against a tree in that lonely patch of hilltop woodland.

“Wow, that’s scary,” she said—missing the whole point, as far as I was concerned. “Imagine that. You’re out for a stroll one morning, walking your dog or something, and suddenly . . . you find that, smack in the middle of your path.”

“Nobody really knows why he did it, though,” I said. “Grandad says it’s Tony Blair’s fault, but he hates Tony Blair anyway . . .”

Alison didn’t care. All she wanted to talk about was this single image, which seemed to play in her mind like some scene out of a horror movie.

“Fuck,” she said. “That would so freak me out. Finding a dead body like that. Right in the middle of nowhere.”

I stared at her, feeling a sudden wave of hatred. She was using that word again—inside my grandparents’ house. I wanted to say something and was furious with myself that the words wouldn’t come. I was a coward. A scaredy-cat.

Excerpted from Number 11 by Jonathan Coe Copyright © 2017 by Jonathan Coe. Excerpted by permission of Knopf. All rights reserved. No part of this excerpt may be reproduced or reprinted without permission in writing from the publisher. 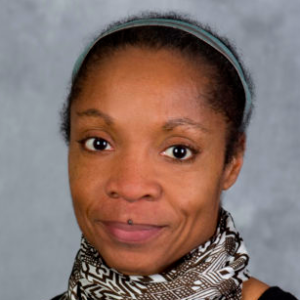