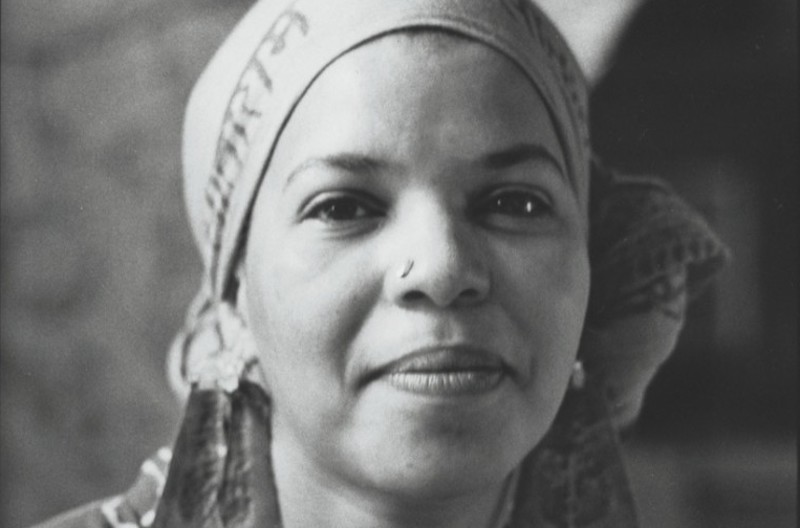 Ntozake Shange was honored this year with the Langston Hughes Medal. She was introduced by her longterm editor, Michael Denneny, whose remarks are below.

I started working with Zaki in 1975 when I published For Colored Girls Who Have Considered Suicide/When the Rainbow is Enuf at Macmillan. I had not seen the play but only read a copy of the script, and what astonished me from the very beginning was Zaki’s remarkable ability to make language come alive on the page. This voice was very concrete, very particular, very much her own, and totally unmistakable. She did not sound like anybody else, ever.

She had escaped what she called “the straightjacket that the English language slips over the minds of all Americans.” As she said in “my pen is a machete”:

in order to think n communicate the thoughts n feelings I want to think and communicate / I haveta fix my tool to my needs; I have to take it apart to the bone / so that the malignancies / fall away/ leaving usspace to literally create

She had worked hard at this, at breaking down the language she was given and remaking it into her own tool, language fit to express her reality as a colored girl. And, having retrofitted her language, the word music that burst forth was a literary performance close to jazz.

I remember one time, a time when Zaki was strapped for cash, which often happens with poets, and I heard one morning in the office about a literary contest for publishers The New Yorker was running, sponsored by Bulgari, the New York jeweler. They presented a list of topics and invited writers to compose a thousand word essay; the winner to be published in The New Yorker and receive a $10,000 award. I immediately picked the topic “silk,” called Zaki and said,”Write me a thousand word riff on silk.” “On what?” she said. “On silk, anything that comes to mind, a prose poem on silk,” and I explained the contest to her, and the cash reward. “I mean, what have we got to lose ” I said “Just try it for a couple of hours this evening.” And late that night I got a call and she read me the piece, which won the prize and which is a stunning performance—part prose poem, part historical essay, part autobiography, part song: a beautiful and totally unique verbal performance that defies the usual literary categories. An original act of language.

Zaki has always insisted that she is a “performing poet,” a person singing to an audience right in front of her. She had started out performing poems in bars with a musician or two, then playing in women’s spaces, and finally in theaters. Zaki always knew who she was talking to and who she was singing for: her peers, her sisters, her community. She always understood that creative writing is enmeshed in a community. Her mind was not focused on literary critics or the commercial publishing establishment. To say that she did not see writing as a professional career is not quite right; rather she always thought poetry was like making music, something you did with your friends to celebrate being alive.

So from the beginning Zaki’s efforts were almost always in collaboration—with other writers, with musicians, with artists, with dancers, with actors. Her body of work is more collaborative than any other writer I know. It’s the community again, a community of artists and friends that grounds and surrounds her work and locates it in its historical specificity. And that specificity in Zaki’s case meant being a woman and being Black in the America of the 1960s, a situation that demanded political involvement. The women’s movement had already taught us that the personal is political—and if you happened to be a woman, if you happened to be black in this society at this time, the personal was intensely political and politics, the politics of oppression and resistance was inescapable. And oppression generates anger, or more precisely outrage, which is anger at injustice, which can be a great danger to the poet or artist. For, while outrage can be an enormously powerful motivator of political action, it holds the danger of corroding the creative spirit.

But anger was required if you were a black woman poet who found herself in a deeply racist and misogynist society, and in the 1950s and 60s that was pretty much the case with America. And anger is hard for the poet who, as Auden says, sings songs of praise of what is. It’s hard to sing if you’re angry.

What always impressed me about Zaki’s work was that she was able to keep that just anger hot and alive, but she also knew how to keep it properly focused, to keep it in check and not to let it consume her entire being. “Combat breath” she calls it in one of her essays. Mastering the anger rather than being mastered by it, she could go on being essentially—even quintessentially—a poet, one who celebrates the impact of the live moment as it bursts into language and song.

For me personally, this forty-year collaboration has been both sustaining and immensely rewarding. It is the longest alliance of my publishing career and has been deeply satisfying work. I am very proud of the ten books we have published together. But I am even more thankful to have had the chance to know and work with and treasure in my heart this remarkable woman whom we honor today.

On the Dangerous AIDS Myth of 'Patient Zero,' and the Book That Started It All 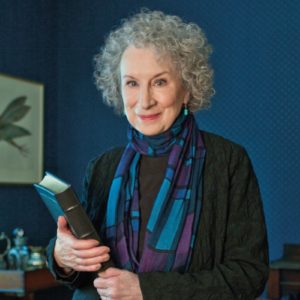 This is a service announcement. This morning, I saw a tweet from Margaret Atwood (one of my favorite writers) extolling the virtues...
© LitHub
Back to top