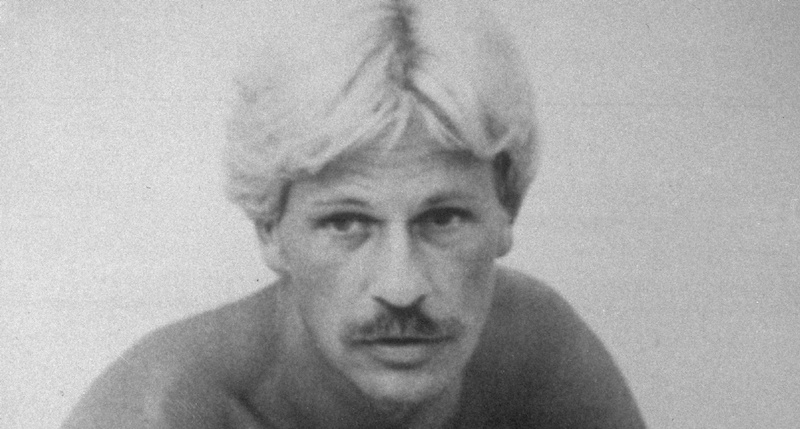 On the Dangerous AIDS Myth of ‘Patient Zero,’ and the Book That Started It All

How Convenient Storylines Can Ruin Lives

“‘Patient Zero’ Not Source Of HIV/AIDS Outbreak,” read The Guardian’s headline on Oct. 27. NPR opted for “Researchers Clear ‘Patient Zero’ From AIDS Origin Story.” The Daily Mail went with the kind of luridly juridical framing you’d expect to find hanging around the neck of one of their Amanda Knox-style “trial of the century” stories: “Patient Zero FINALLY Exonerated: The Gay Air Steward Blamed For Starting the AIDS Epidemic in the U.S. Did NOT Start HIV Spread.” Smithsonian magazine followed suit: “Genetic Sleuthing Clears ‘Patient Zero’ Of Blame For U.S. AIDS Epidemic.”

To the most news consumers, the story was clear: A team of scientists, led by historian Richard McKay and evolutionary biologist Michael Worobey, had proven once and for all that Gaëtan Dugas, the Québécois flight attendant long blamed for catalyzing the HIV/AIDS epidemic in North America, was not the “Patient Zero” of popular knowledge. But for news consumers who actually consume contemporary news about HIV and AIDS—perhaps because they themselves are living with HIV or because they have committed their lives to advocacy and scholarship in favor of those who are, perhaps both—the findings published in the most recent issue of the scientific journal Nature were hardly the breakthrough that The Guardian, NPR, The Daily Mail, or Smithsonian mag’s editorial teams presumed them to be. Not only did these articles tread well-trod ground in terms of content, that Dugas was not responsible for bringing HIV/AIDS to North America, but they retraced the steps of an all too familiar media narrative surrounding HIV and AIDS, one that whitewashes their history while doubling down on the very same criminalizing mindset and emphasis on individual responsibility that allowed, and continues to allow, governmental institutions to fail to meet the needs of the trans communities and communities of color most directly impacted by the epidemic.

“The media really loves those types of stories,” Naina Khanna, the Executive Director of Positive Women’s Network–USA, says of the prevailing “Patient Zero” narrative. “It’s very sensational and really serves as a distraction from the actual policies and systems that need to be targeted for change.”

The media’s love affair with the myth of HIV/AIDS’ “Patient Zero” at the expense of the truth, much less the people and communities most vulnerable to the epidemic, began in October 1987. It was in this month that a couple of local city newspapers reported on the existence of HIV/AIDS as far back as the 1960s, as writer and organizer Ted Kerr points out in a Hyperallergic piece about the “History of Erasing Black Artists and Bodies from the AIDS Conversation.” That very same week, the MacMillan-owned publisher St. Martin’s Press released a statement promoting the upcoming release of And the Band Played On, journalist Randy Shilts’ hefty tome of narrative nonfiction documenting the first six years of the HIV/AIDS epidemic in North America. The press release played up the fact that “Shilts [had] found the man whom the CDC dubbed the ‘Patient Zero’ of the epidemic,” a sensational news story that many influential publications found too tantalizing to pass up. In the end, the promotional statement advertising And the Band Played On “overshadowed” the would-be counter-narratives published by The Chicago Tribune and The St. Louis Post-Dispatch, Kerr writes. Days later, he notes, The New York Post published a fear-mongering article criminalizing Dugas. Its headline read, “The Man Who Gave Us AIDS,” exuding all the subtlety and nuance that you’d expect from the paper responsible for such classics as “Pushed On the Subway Track, This Man Is About To Die,” “Muslim Killers,” and “Here ‘She’ Is!! Bruce Jenner Is Now Caitlyn.”

The Gaëtan Dugas readers met in And the Band Played On was portrayed in a somewhat more complex light, although not exactly a sympathetic one. From his very first introduction, the French-Canadian flight attendant is presented as a sort of Narcissus of the Castro, gazing at his reflection—and the Kaposi’s sarcoma removal scar that marred his previously “unblemished” face—as he makes his way down California Street. His aesthetic hubris would be his downfall, Shilts establishes. Later passages repeatedly invoke his closely held idea of himself as “the prettiest one” in whatever bar or bathhouse he walked into and his desire to keep it that way, even when that desire to be, well, desired goes against doctors’ orders to change the way in which he engages in sexual activity. Shilts writes that in March 1982, approximately four months before acquired immune deficiency syndrome received the name we call it to this day, Bill Darrow of the Centers for Disease Control and Prevention informes Dugas that the immune deficiency that has been affecting him appears to be sexually transmitted and that he is likely transmitting this immune deficiency it to his partners. The exchange comes mere moments after Dugas “seemed quite pleased with himself as he rattled off his sexual exploits.”

The connection Shilts draws between sexual promiscuity among gay men and their dual role as both innocent victim and complicit perpetrator of the HIV/AIDS epidemic, as embodied by his highly stylized characterization of Dugas, could not be more clear—or more moralizing. He is portrayed as embittered by the idea that “someone gave this to me” and is described as engaging in borderline-sociopathic behavior with regard to his sexual partners, for example, telling them “[I’ve got] gay cancer… Maybe you’ll get it too” immediately after they’ve had condomless sex with one another. Shilts paints Dugas as the Goofus to the Gallant of other characters like writer and activist Larry Kramer. Kramer, as he appears in And the Band Played On, is an early proponent of responsible, or at least respectable, gay sexual behavior like closing the bathhouses and denouncing certain acts like fisting. The implied takeaway for the gay male reader is to follow the example provided by the latter and to spurn the example set by the former.

Years after Shilts died in 1994 of an AIDS-related illness, his editor admitted in an interview that “Patient Zero” was a “construction” devised to add drama and intrigue to the author’s fact-heavy, albeit highly narrativized, work of journalistic nonfiction. Even the name, “Patient Zero,” is an historical misnomer. Researchers referred to Dugas as “Patient O,” as in the letter “O,” which indicated that the Québécois flight attendant lived “outside Southern California.” The “O” became a “0” along the way, and the white gay male gatekeepers and the homophobic nation at large had found a mutual scapegoat.

“Rock Hudson was cast as the leading man of AIDS. Ryan White was the innocent victim. By 1987, there needed to be a villain: Patient Zero,” Ted Kerr says. “He’s described as a foraging invader who brought down young white men in their prime. Think about the way his AIDS is talked about in literary metaphors of war. ‘Patient Zero’ is described as an invader coming from afar, invading soldiers’ bodies and killing them.”

If bringing down “young white men in their prime” was what made Patient Zero’s purported villainy apparent, being a young white man “brought down in [his] prime” made him visible enough to be blamed in the first place. Writing for drain, Ted Kerr posits that it was Dugas, and other white gay men living with AIDS’, whiteness that made their suffering “seen” by the early 1980s, something not extended to “the Black and Brown people living with AIDS before AIDS” like 16-year-old Robert Rayford, the subject of much of Kerr’s research, who died of AIDS-related causes in 1969. “No alarm bells went off when they came into doctor’s offices and hospitals wasting away and dying,” Kerr continues. “Was their suffering too commonplace? Was their premature death expected and so went unnoticed?”

In centering gay white men in HIV/AIDS narratives, And the Band Played On and many of the most widely consumed histories that followed work to obscure the more complex reality of the epidemic, which existed in the US long before it impacted gay white men with reliable access to attentive medical providers en masse. This obfuscation continues to this day with films like How to Survive a Plague, Dallas Buyers Club, and The Normal Heart, writer and PhD candidate Tyrone Palmer puts forth in a 2015 article for The New Inquiry titled “Under the Rainbow.” These and other contemporary works touching on the early HIV/AIDS epidemic rewriting the era’s most impacted communities as “decidedly white and middle-class” and promoting the false implication that they still are.

The CDC estimates that there are approximately 1.2 million people living with HIV in the US today. Black Americans make up a disproportionate number of new infections (44 percent vs. 12 percent of total US population), as do Latinx people (23 percent vs. 17 percent of total US population). Black queer men and Black men who have sex with men are the most impacted group of Americans by gender and race, and Black trans women are also disproportionately impacted. Black women account for nearly two-thirds of all new cases among women, an alarming figure that gets downplayed in favor of the dominant narrative that privileges white gay men among all other people living with HIV. Cultural and institutional homophobia against gay white men was real in the 1980s, and it continues to be real in the present. But, to borrow the first line of Adam M. Geary’s Antiblack Racism and the AIDS Epidemic, “the color of AIDS in America is Black.”

That will continue to be true when Donald Trump, a failed businessman turned-racist misogynistic demagogue with zero political experience, assumes the office of the presidency on January 20, 2017. Trump has sworn time and again that he will repeal the Patient Protection and Affordable Care Act, aka “Obamacare,” which understandably worries Naina Khanna of PWN.

“The repeal of the ACA is likely to have a huge impact on our community, along with the shredding of the social safety net overall,” she says. “We are worried about losing access to all different types of coverage, which is separate from the overall climate of fear and hostility [we are under]. We have no idea how bad things really could get for communities of color and immigrant folks. We know [Vice President-elect] Mike Pence’s history on LGBT issues and his history of defunding Planned Parenthood, so we have lots of reasons to be concerned right now.”

In order to help people living with HIV in the present, Khanna recommends HIV decriminalization. Thirty-two states currently have laws on the books that contain HIV-related criminal statutes, and as many as 36 states have used these laws and others like them to prosecute people living with HIV for everything from spitting and biting—two activities that pose zero risk of transmission, Khanna notes—to consensual sex.

“I don’t think we need to be legislating [HIV] at all,” she says. “People need access to healthcare. They need access to treatment. They need access to services that encompass all of their needs,” like testing, disclosure, and mental health services. “That Patient Zero narrative [widely disseminated by And the Band Played On] is very connected to the way HIV has been criminalized and the way it gets covered,” two courses of action that those of us not directly impacted by epidemic in the media and the government and beyond could reverse at any moment if would could just stop the music and take action.

Harron Walker is a freelance writer and reporter based out of New York. Their work has appeared on Vice, Fusion, Teen Vogue, and elsewhere. Watch them unravel in realtime at @harronwawker .

A Visit to the Shadowy World of Rare Book Theft 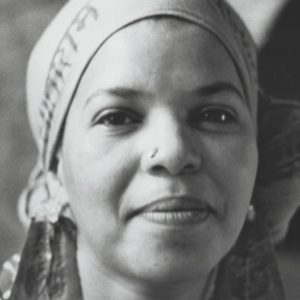 Ntozake Shange was honored this year with the Langston Hughes Medal. She was introduced by her longterm editor, Michael...
© LitHub
Back to top