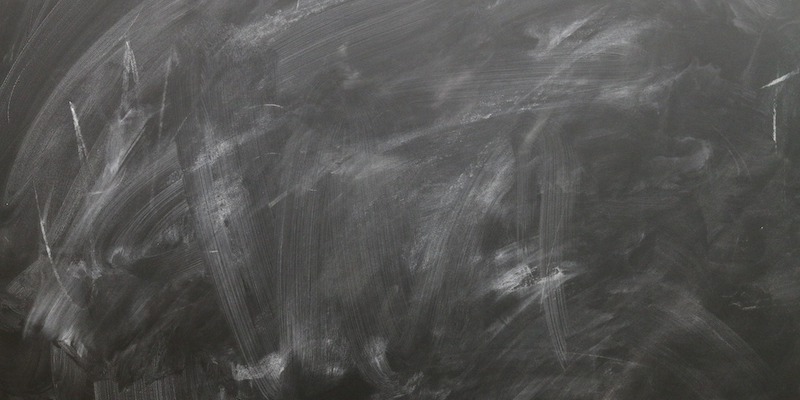 In the period spanning 2005 and 2015—ages eight to eighteen—those around me could observe sudden and seemingly patternless changes in my behavior from week to week. The changes manifested via dress code, or tone of voice. They spanned the navigation of routine parts of my existence—lunch breaks at school; dinner with my parents. These changes, in short, could generally be gathered under the banner of how I drew attention to myself within the confines of fairly homogenous days, and how such attention was then negotiated.

An example: in the first weeks of 2013, I woke up with a near-constant desire to wear black in the form of long, elegant skirts and tops which exposed my throat and shoulders. I wanted to project a kind of luminous intensity and extreme sociability, but also a calmness which translated these qualities into natural charm. Accordingly, I smiled benevolently at all who came my way. Over the course of two or three weeks, I became increasingly agitated and withdrawn. This, by February, abruptly transfigured to a starker brand of rationalism—after two weeks of near silence, I began speaking in staccato and often irritating questions designed to probe the nature of reality.

Here is what it was: I had been given Anna Karenina for Christmas, and, being 15, had made the sensible decision that my new model for life was its title character. Then, in February, having finished the book, I began Bertrand Russell’s The Problems of Philosophy, and my friendship with 19th-century Russian Orthodoxy ended: epistemology became my new best friend. Instead of long black clothes, I desired pencil skirts and collared blouses. I turned any conversation around me into one about the fundamental issue of knowledge perception. It didn’t take long for Russell to be ousted by some other author.

I suppose some of this behavior can be put down to main character syndrome, which haunts most teens, and even the adults they become. But more than that, in those years, I was gathering evidence on how to be. It was not, this imitation of plot and character, an advisable way of going about things. I was insufferable; I learned nothing—it didn’t work. Having aborted the habit at 18, the next time I confronted it was five years later through Twitter.

Naturally occurring attitudes within reading culture are exacerbated by the internet—reward-seeking, tribalism, binary thought which tends to either over-identification, or apathy where such a process cannot be carried out.

In the summer of 2020, a square of sans serif text said I had to become a better person through the consumption of an anti-racism reading list; the square advised me that James Baldwin, Reni Eddo-Lodge, and Audre Lorde were the only way I could continue to go through the world as a morally credible human being; the square cropped up in numerous iterations, always in harmless, muted colours and large, easily digestible font. George Floyd was dead, Breonna Taylor was dead, and in the midst of a global pandemic, I was being told to read so that no one else would die either.

What purpose would this reading serve? If the infographics were to be believed, then I would have, as Merve Emre quoting Bernard Lahire writes, “to treat literary texts as repositories of typical situations, roles, possible trains of events [and] schemes of actions.” In doing so, I and those around me might main-character our way into an anti-racist world.

Of course, they didn’t work. Few people read the books they bought. The lists, born out of a digital culture which encourages individuation so long as it exists within a pre-established collective consciousness and spat onto an interface designed to highlight content for necessarily limited spans of time before supplanting it with something else, died out. Their presence as a visual broke up the stream of text-based data on my timeline and thus commanded attention the way mute, blinking smoke alarms do—but then, through over-exposure, faded into the background. Before they vanished fully, their ineffectuality and use as a means to virtue signal were denounced by The Guardian, by Vulture, by NPR. By December, Twitter offered me the news that Andre Hill had been shot wearing a Black Lives Matter t-shirt. Everyone went back to reading whatever it was they had been reading before.

One year later, reading social media and web reviews posted about my own novel, I noticed a consistent thread in all of them—the question as to why it contained no plot, no character names, or indeed, descriptions of characters; why it did not clearly demarcate dialogue using speech marks, and why almost everyone in it was so thoroughly unlikeable. More than this, questions as to why it did not offer conclusive statements on the issues of class and race and intergenerational politics it so keenly foregrounded—why, in short, did this book make it so hard to elicit empathy from its readers; why didn’t it at least guide them through a series of arguments around themes at its core, and then present some sort of lesson to take home? These are fair, I think, and necessary questions.

These anecdotes reveal an assumption that reading should “tell” you something through a non-reciprocal transfer of information from text to person. Much like an instruction manual, whether directly or indirectly, a book should do all the things mine doesn’t: act as a blueprint for possible future behavior or circumstance, or else make sense of past behavior and circumstance. At its best, a book should endow this proposition with virtue, or at least, entertainment. This kind of reading if performed by everyone, would make for a better world. In turn, the notion of reading itself would attain distinguishable use. What, then, can a novel lacking plot, character names and descriptions, speech marks, or clearly delineated moral “sides” of a given argument offer its readers when its purpose is neither to instruct nor entertain? What use, in other words, is my book?

Perhaps my ideal reader is one who sees an alternative to the mechanisms perpetuated by Amazon, Twitter, Instagram—even if, and especially if they are already active on those sites.

I don’t mean to advocate reading for reading’s sake, though there is nothing wrong with reading for pleasure. Nor do I mean to suggest that texts should never be extended to their reader’s personal and social context. But there is, perhaps, an unhelpfulness in the way naturally occurring attitudes within reading culture are exacerbated by the internet—reward-seeking, tribalism, binary thought which tends to either over-identification, or apathy where such a process cannot be carried out. Under such pressure, most books dry up. Worse still, they become boring. The type of book which would successfully thrive under such criteria could form no reciprocal relationship with its reader, could only impart what its recipient is already willing to accept as knowledge, or else stamp information onto a blank slate unchallenged, must structure itself on linear and context-specific premises. It could only teach you the same thing once before its value is exhausted. Such reading glorifies “likable” or “relatable” characters; didactic plot or dialogue; effortless transmission of information. Within this remit, the novel I wrote is dead.

I am often asked who my ideal reader is. In a bid not to alienate anyone from my already potentially obscure book, I usually refrain from responding. But I think perhaps my ideal reader is one who sees an alternative to the mechanisms perpetuated by Amazon, Twitter, Instagram—even if, and especially if they are already active on those sites. Such a reader might think that it’s okay to hold their gut reactions lightly alongside the parameters of what a given text offers. They might not wait for a text to “tell” them something they later deem as right or wrong, but instead form a cyclical relationship with it: feeding their own knowledge into it in the manner of a conversation, or thought experiment, and be content with the push and pull of such an exchange.

A book, in this scenario, is not some snippet of “real life” to relate to or draw from, but a trial affair that a real person can react to without the expectation of instant reward or knowledge gained. The resulting grey area allows it to become a breeding ground for ideas instead. Here, reading loses some of its unhelpful urgency to be current, or instructive, or a means of social cachet. Despite the loss of a collective social use, there might be something to be said for the ensuing closed, considered relationship found between text and individual: an expansiveness to be gained.

Jo Hamya was born in London in 1997. After living in Miami for a few years, she completed an English degree at King's College London and a MSt in contemporary literature and culture at Oxford University. There, she divided her research between updating twentieth-century cultural theory into twenty-first-century digital contexts, and the impact of social media on form and questions of identity in contemporary women's writing. Since leaving Oxford, she has worked as a copyeditor for Tatler and edited manuscripts subsequently published by Edinburgh University Press and Doubleday UK. She has also written for the Financial Times.Three Rooms is her first novel. She lives in London. 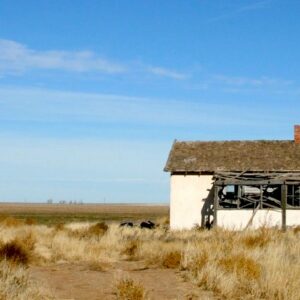 In middle school, years before my little brothers started elementary, I boarded the bus each morning, two miles down a dirt-and-gravel...
© LitHub
Back to top
Loading Comments...