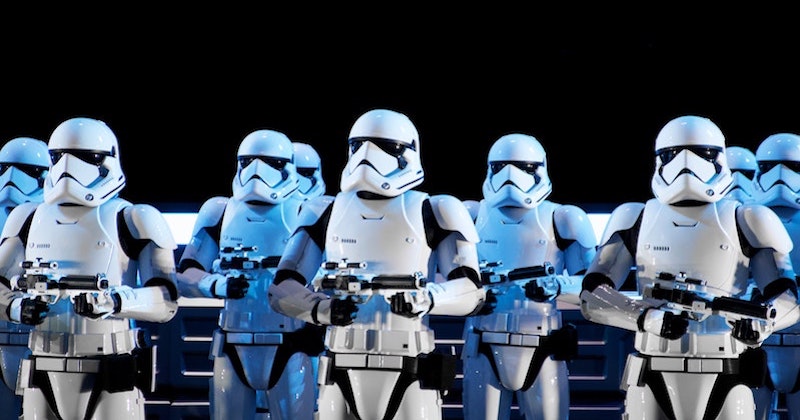 A.E. Osworth on Gamergate, Dr. Seuss, and the Linguistic Roots of the Word “Nerd”

I got obsessed with the nerd-to-white-nationalist pipeline between the years of 2014 and 2017, when it became clear that many of the men on The Donald subreddit, and in the alt-right community more broadly, were directly funneled from Gamergate. For those readers who are very lucky to have not yet encountered reference to it: Gamergate was the systematic harassment of women and queer people in the game design industry.

It is 2021. The Trump years are over (for now); the white nationalists, however, remain. And I do not know why I cry so much when I sit down to write this essay, especially given I was never a Gamergate target. Perhaps I am just tired of writing about Gamergate, the manosphere, incels—I spent six years writing 400 pages from the point of view of a toxic Reddit collective in the form of my first novel, We Are Watching Eliza Bright. It would make sense to be sick to death of it by now, bored to tears. I thought real hard about it for a good long while.

What was especially confusing for me was that nerd properties are, broadly speaking, anti-fascist. In Star Wars, we’re on the side of the rebel alliance and not the empire. Everything from Adventure Time to X-Men to The Name of the Wind prioritizes, in their plots, connection to community, anti-authoritarianism, and standing up for socially just ideals. I define “nerd property” as any franchise with an engaged fandom, which means I’m defining nerd as anyone with the superpower to like something a lot (and I do so from within the space of nerd self-identification). If these populations are mainlining anti-fascist stories, then what about the subset of straight, white cis men from within these fandoms seems to be especially rife for radicalization? How can they cheer the explosion of the Death Star not one, not two, but (basically) three whole times and then turn around and become the IRL equivalent of a Storm Trooper?

I began looking for an explanation that made the cognitive dissonance make sense to me, and because I am a huge fucking nerd, I started with the history of the word, which isn’t that old. It was first used in 1950 by Dr. Seuss in If I Ran the Zoo. This children’s book is about a young white boy with a clean haircut who, nose in the air, details his daydreamed plan for improving the zoo, if only he were in charge. Many of the creatures he says he would bring back and cage depart from reality—the nerd is one of those creatures. It’s frumpy and grumpy and has weird hair coming out of its ears.

A year later, Newsweek cites teenagers in Detroit using the word “nerd” to describe someone who would usually be called a square. How it made that leap is debated, and largely on the basis of rumor and oral tradition—some insist it simply made the leap from younger sibling to older sibling in that single year, based on the image in the children’s book alone. Others say it’s drunk spelled backward, to distinguish those who drink alcohol (cool) from those who don’t (uncool). My personal favorite: just across the Canadian border from Detroit, where it first attained a sliver of the definition we understand now, stands the headquarters of Northern Electric. Their engineers, presumably decked out in thick glasses and pocket protectors, worked in the Northern Electric Research and Development lab: NE R&D. It’s a highly speculative theory, and the years don’t quite add up, but it is narratively satisfying.

The actual history of the word matters less than the in-group perception of its history, which to some is extremely important—one of the websites I cite on said history has been around since 1994 and maintained since, by self-proclaimed nerd Jim Burrows. Clearly there’s a fervor about the term, and the only thing that everyone seems to agree upon is its actual first print usage. In the summer of 2015, I got too curious and bought a copy of If I Ran the Zoo to do a deep dive.

Why do I mention the year I looked? Because I can’t actually get a copy of the book anymore, in 2021. Well—I could, if I had $119 dollars to spare. It’s out of print, now. And when I revisited the book in 2015, I wondered why it was still widely available.

Because not all the animals in the imagined zoo are fanciful. Not all the creatures in the imagined zoo are animals. In this children’s book, a small white boy with what is now a very fashy haircut longs to bring back Black and brown people to his zoo, too, in a move that isn’t fictional at all. Indigenous human beings have a history of being exploited as zoo exhibits in France, Belgium, and the United States. One such victim of the Bronx Zoo, Ota Benga, completed suicide in 1916 as a result of the dehumanizing treatment of sharing an enclosure with apes. This is a book we once gave to children; this is the actual history of the image contained in it; this is the actual history of the word nerd, the only part of that history on which nerds can reach a consensus.

One of the fantasies of many (though not all) nerd properties is a strict moral code, a definitive right and wrong, and clarity about who belongs in which bucket.

The nerd is taken captive by the same white child who wishes desperately for a zoo with human subjects; the difference is the nerd is fictive and the humans are not. Still—is there a seed of the nerd identity that will always liken itself to those oppressed, even if the nerds in question were imaginary in the context of the original source material and even if the nerds in our reality, by all appearances, have more in common with the young white boy than the hirsute critter?

One of the fantasies of many (though not all) nerd properties is a strict moral code, a definitive right and wrong, and clarity about who belongs in which bucket. Take, for example, the moral alignment chart that originated with Dungeons and Dragons. It is three rows by three columns. The rows: good, neutral, and evil. The columns: lawful, neutral, and chaotic. The intersections describe nine distinct moralities, the most nerd-romantic of which is chaotic good. The Robin Hoods of this world are chaotic good—those who have their own set of rules and will disobey the law to enact what they believe to be right and just.

Nearly every fan favorite I can personally think of, nearly every character with which white cis male nerds identify, falls into this category. Furthermore this strict nonagonal system—an expanded version of a binary good-to-evil one—allows for a selection of villainy that can be deemed “opposite” one’s style of goodness; it’s so easy to see everyone outside of an in-group as the in-group’s moral opposite when that’s at the heart of so much nerd media. The opposite of chaotic good? Lawful evil. Those who exploit—or create—the law in order to carry out a cruel worldview, the moral alignment of, say, a white nationalist party in power, or the alt-right.

“There was a social cost to liking those things, back then,” says Brianna Wu of games and comics and computers when I reach out to her to ask her about how the nerd community coalesces. Wu was one of the higher-profile targets of Gamergate. I figured she would have a lot to say about why disaffected young white male nerds make the decisions they make, given that she was on the receiving end of a lot of those decisions. “It feels like around [the year] 2000, the money men figured out that they could monetize these things, it feels like it shifted from the nerd community to the geek community with a much more positive connotation. Nerds, we have always considered ourselves the underdogs and I think now that we are in the driver’s seat of culture—the most powerful people in the world, Mark Zuckerberg, Bezos, they’re in tech and the most powerful movies out there are all geek properties—I think it really led to an identity crisis.” Wu speaks about the community with the deep, critical love of someone with strong ties to it.

“I think that when you mix the consumption of a product with someone’s identity, it taps into something extremely dark and tribal.

She describes seeing people younger than her wearing Playstation One T-shirts and having, immediately, thoughts about cultural appropriation (“You didn’t grow up with that! That’s not your culture!”) and then having to breathe and move past that first impulse, something she considers a very wrong impulse to have. “Humans are tribal by nature. I think we have to fight it.”

She recounts an experience as a young woman interning for a conservative senator in Mississippi and running a test on polling phraseology to see what lines of thinking constituents responded to most fervently. The sentence that tested strongest, particularly for white men: Democrats want to take away your culture. “Holy crap, that tests off the charts, if you tell a white man that someone’s coming to take away their culture.” Could this, perhaps, be the other way around? That nerd communities are predominantly straight, young, white men? And that any community comprised of that demographic will be inherently easier to radicalize?

Wu had some things to say about what might prime the community in addition to their gender, sexuality, and race. “I think that when you mix the consumption of a product with someone’s identity, it taps into something extremely dark and tribal. I think the other side of this is: the stories we’re telling don’t seem to be nuanced enough to let people consider if they are the villain.”

Right now, on my latest attempt at this essay, something I have been working on and then scrapping for months, as I am adding Wu’s quotations to this version of the piece, I understand why I can’t write this essay without crying: there is not one reason I or Brianna Wu or anyone can come up with that makes this make rational sense. Because nothing about white nationalism can make rational sense. White nationalist rhetoric and thinking is always a threat of violence because it is predicated on the idea that a large amount of humanity is subhuman, belongs in zoos. It shouldn’t take training in nuance to understand that the people espousing white supremacy are the bad guys. Etymology doesn’t matter, community history doesn’t matter, in-groups and out-groups and human nature don’t, shouldn’t matter. There shouldn’t be an amount of video games or movies or comics we can read that makes it easier for a person to succumb to the alt-right, to buy into fascism, to become another Storm Trooper. And the more anyone tries to explain it, the less sense it makes. 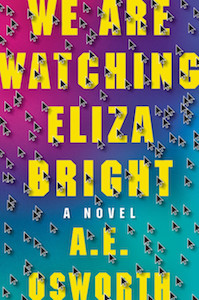 We Are Watching Eliza Bright is available from Grand Central Publishing. Copyright © 2021 by A.E. Osworth.

A.E. Osworth is Part-Time Faculty at The New School, where they teach digital storytelling to undergraduates. They've spent eight years writing all over the internet, including a stint as Geekery Editor for Autostraddle. Their work has also been published in Quartz, Mashable, Electric Literature, Guernica and Paper Darts, among others. 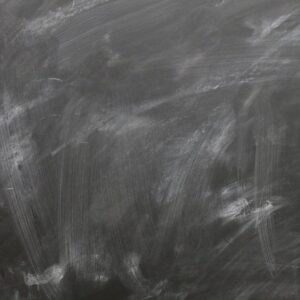 In the period spanning 2005 and 2015—ages eight to eighteen—those around me could observe sudden and seemingly patternless...
© LitHub
Back to top
Loading Comments...