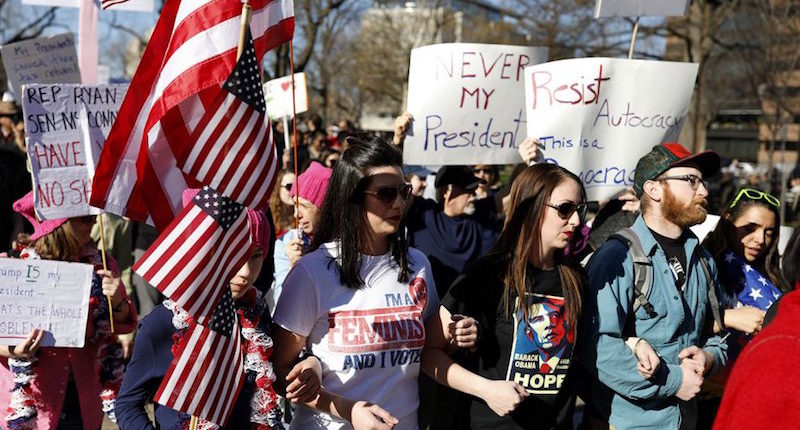 “Not My President”
A Poem by Staceyann Chin

I’m willing to bet the same is true the rest of y’all motherfuckers
I’m willing to bet you know that
the state of things as they are/is unacceptable
having spent my whole life fighting for better than this
I refuse to give deference
to this walking, shameful evidence of what fear
and prejudice
and a lil Russian interference/can birth in a nation
obviously asleep at the wheel of our own democratic elections

Donald J Trump is not my president
because his tenure in the Whitehouse is a result of unchecked
sexism
a culture of rape
and the ever present undercurrents
of the newly emerging twenty-first century klu klux klan
Donald J Trump is not my president
because he wants disappear our Muslims neighbors
because he wants to deport Mexican-American families
because he fails to recognize that the only Americans
who are not immigrant Americans are native Americans
he is not my president because he sexualizes his own daughter
he will never my president
because I want to clearly demonstrate to my daughter
that a man who boasts about grabbing women by their vaginas
without their permission/does not ever deserve her respect
no matter who he is/or how rich he says he is
that even though that egotistical airhead
master-minded and pulled off the greatest political coup
in the history of modern elections
he remains nothing/but an illegitimate, embarrassing burden I
hope we won’t have to have to carry for four whole years

we have to find a way to impeach him this motherfucker 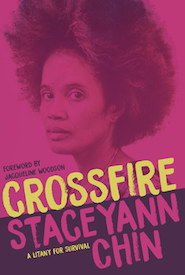 Poet, actor, and performing artist Staceyann Chin is the author of the new poetry collection Crossfire: A Litany For Survival, the critically acclaimed memoir The Other Side of Paradise, co-writer and original performer in the Tony Award–winning Russell Simmons Def Poetry Jam on Broadway, and author of the one-woman shows Hands Afire, Unspeakable Things, Border/Clash, and MotherStruck. She has appeared on the Oprah Winfrey Show and 60 Minutes, and her poetry been featured in The New York Times and The Washington Post. She proudly identifies as Caribbean, Black, Asian, lesbian, a woman, and a resident of New York City, as well as a Jamaican national.
Share:

On Cross-Cultural Dualities and Rejecting Stereotypes 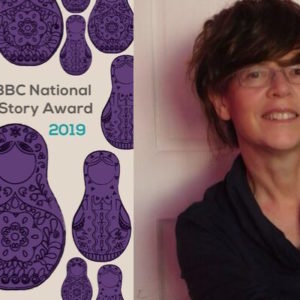