Poet, actor, and performing artist Staceyann Chin is the author of the new poetry collection Crossfire: A Litany For Survival, the critically acclaimed memoir The Other Side of Paradise, co-writer and original performer in the Tony Award–winning Russell Simmons Def Poetry Jam on Broadway, and author of the one-woman shows Hands Afire, Unspeakable Things, Border/Clash, and MotherStruck. She has appeared on the Oprah Winfrey Show and 60 Minutes, and her poetry been featured in The New York Times and The Washington Post. She proudly identifies as Caribbean, Black, Asian, lesbian, a woman, and a resident of New York City, as well as a Jamaican national. 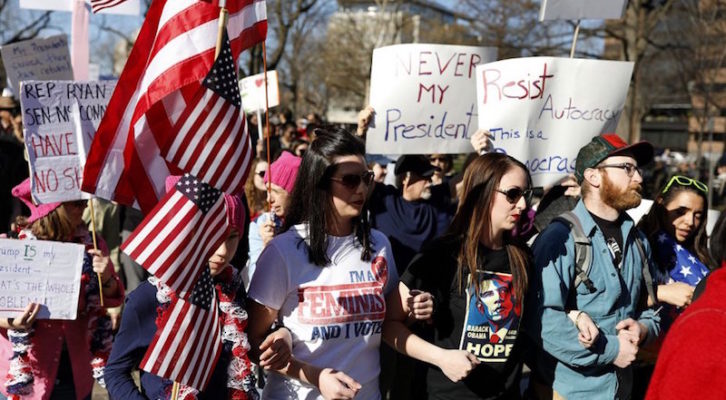 “Not My President”
A Poem by Staceyann Chin