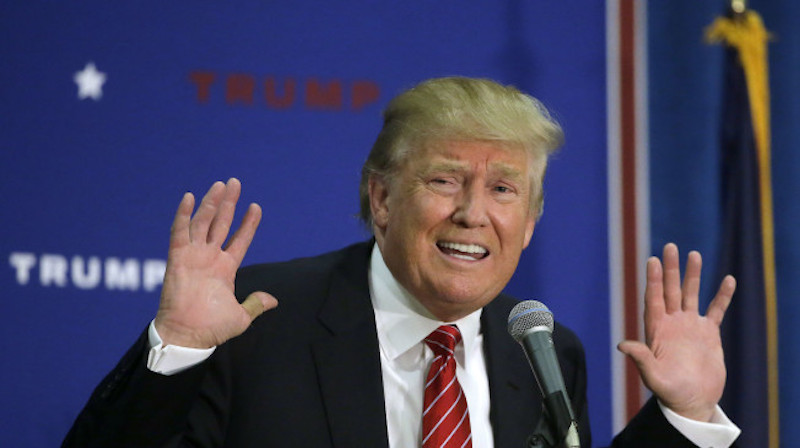 Translating the Euphemisms from the Republican Debate

On Thursday evening, February 25th, the five remaining Republican candidates squared off in their final debate before today’s Super Tuesday primaries. The level of vitriol was so high that observers could be forgiven if they missed some, if not all, of the deceptive language (or, as we prefer to call it, Spinglish) that was slipped into the conversation. Here are some of our favorite examples:

“Our borders are like Swiss cheese.” In his opening statement, Donald Trump made this claim to imply that illegal immigrants from Mexico and Central America are surging into the United States in record numbers. But data from the Pew Research center indicates that if our nation’s southern perimeter is indeed full of holes, a rapidly diminishing number of “aspiring citizens” (as some who favor amnesty prefer to call them) are pouring through them. Indeed, the annual number of undocumented immigrants entering the country is estimated to be lower now than it’s been at any time during the last 20 years.

religious liberty. Ted Cruz boasted that on his first day in office, he would “instruct every federal agency that the persecution of religious liberty ends today.” When the Texas senator uses the term “religious liberty,” he appears to be referring, among other things, to the sacred right of Americans (and American corporations) to discriminate against gays and those who wish to purchase contraceptives. Comments Leonard Pitts, Jr., the Miami Herald’s Pulitzer Prize-winning columnist: “As if religious liberty were seriously in danger in one of the most religiously tolerant nations on Earth.”

“I want to release my tax returns but I can’t release [them] while I’m under an audit.” Donald Trump cleverly made it sound like he would have made his tax information public months ago were it not for legal restrictions that were preventing him from doing so. But, as NPR confirmed by interviewing three different tax experts after the debate, “no law exists barring people from releasing their tax returns during an audit.”

“We are the party of diversity, not the Democratic Party.” Marco Rubio made this claim, buttressing it by pointing out that two of the five candidates on stage were “descendants of Cuban origin,” while a third was African-American. Well, true enough, but Rubio’s statement conveniently overlooks the fact that, according to Gallup, Inc., only 2% of Republicans are black and 6% of them are Hispanic, while fully 40% of Democrats are “something other than non-Hispanic white.”

principled constitutionalists. Ted Cruz promised that these are the type of Supreme Court justices that Republicans would nominate, as opposed to the “judicial activists” that “far-left leaning liberal Democrats… are fighting for.” Translation: The GOP would support responsible jurists who believe that corporations and zygotes have the same rights as people and that restricting the ability of even certified psychopaths to purchase a military assault rifle is unconstitutional, while Democrats would champion reckless judges who disagree with such propositions.

Robertscare. Donald Trump decided to re-rename the Affordable Care Act (already branded “Obamacare” by disapproving Republicans) in order to blast Senator Ted Cruz for supporting the Supreme Court nomination of John Roberts, who—although he boasts a mostly unimpeachable conservative judicial record—twice voted to uphold the constitutionality of the current president’s signature legislation. “Roberts has been a disaster in terms of everything we stand for,” Trump continued.

job-killing law. The Donald wasn’t the only candidate on stage who resorted to Spinglish while inveighing against the Affordable Care Act. Marco Rubio referred to it as “a job-killing law,” arguing that it is “forcing companies to lay people off, cut people’s hours, [and] move them to part-time.” In fact, since the ACA was passed, unemployment has dropped to under 5%, and there is little if any evidence that it has had an impact on employment in any significant way.

the Obama-Clinton economy. Ted Cruz’s characterization of the current administration’s economic record achieved the twin goals of suggesting that America’s fiscal health has deteriorated since George W. Bush left office (actually it has improved virtually without interruption), and implying that a secretary of state who has been out of office for three years played an integral role in determining the nation’s current economic condition.

“I don’t mind trade wars when we’re losing 58 billion a year. I don’t want to lose $58 billion.” Donald Trump used the amount of the U.S.’s trade deficit with Mexico as a justification for why our southern neighbor can afford to pay for his border wall, and why he’s willing to initiate a trade war with them if they won’t. Trump’s $58 billion figure is correct, but, as Washington Post fact-checker Michelle Ye Hee Lee points out, his argument is pure Spinglish. “That money is not lost,” she writes. “The trade deficit does not go to the government. It just indicates that Americans are buying more goods from Mexico than the other way around.”

“It’s not a real-estate deal.” Marco Rubio’s attempt to dismiss Donald Trump’s deal-making skills in handling the Israel-Palestinian issue qualifies as Spinglish because, as Nicholas Confessore of The New York Times noted in a tweet, “it actually is sort of a real-estate deal.”

“I borrowed $1 million. I turned it into $10 billion.” Donald Trump may or may not be worth $10 billion. (As noted above, he hasn’t released his tax returns, so no one really knows.) But it is true that, early in his career, he borrowed $1 million dollars from his father. It’s also a fact that Trump inherited $40 million when his father died, a detail he somewhat opportunely left out of the success story he rolled out to counter Marco Rubio’s inference that he has more than occasionally overrated his own business acumen.

“the fruit salad of their life.” It’s hard to really say if this odd phrase used by Ben Carson to describe his proposed plan for vetting potential Supreme Court nominees by examining their personal biographies is Spinglish, but it certainly is head-Spinglish. And at least one other Carson comment, “Our nation is heading off the abyss of destruction,” may actually qualify as ding-a-lingish.

[AUTHORS’ NOTE: On the day after the GOP debate, Donald Trump and Marco Rubio continued to raise the bar of civility in their ongoing discussion of each other’s qualifications to be president. Trump called Rubio a “lightweight choker” who “defrauded” the people of Florida, and Rubio responded by suggesting that Trump may have wet his pants during one of the commercial breaks during CNN’s coverage of the debate. In comparison to such charges, any suggestion (spurious though it may be) that we wrote this article not only to provide a public service, but also to promote our recent book, Spinglish: The Definitive Dictionary of Deliberately Deceptive Language might seem like mild criticism indeed. But we take our responsibility to our readers seriously and apologize to anyone who may have taken offense.] 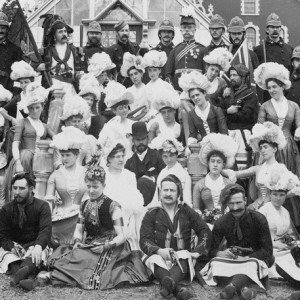 Umberto Eco on Donald Trump: fourteen ways of looking at a fascist.| Literary Hub Was Montaigne actually a time...
© LitHub
Back to top