On Search Party, Raymond Chandler, and Mysteries with No Resolutions

It’s hard to imagine anything less hard-boiled than Search Party, the bubbly, bumbling noir-sitcom that premiered on TBS in November 2016. Our would-be gumshoes are all sensitive millennials who can hardly calculate a tip, much less solve a crime; the mean streets of their Manhattan are full of adult daycare centers and artisanal candle stores. There’s little of the seedy, sexy atmosphere of noir Los Angeles to be found in their Brooklyn neighborhoods, and little of a noir private eye’s weathered toughness in Dory, our amateur detective, played by Alia Shawkat. What she does have is a cringingly earnest boyfriend and a dead-end job as a rich woman’s assistant. And so, with her annoying friends and too much time on her she hands, she sets out to solve mysteries.

Or she would, were there actually a mystery to solve. In the first episode, a smiley theater-kid acquaintance from Dory’s college days, Chantal Witherbottom, goes missing. Dory is horrified by the news, but maybe even more thrilled. In the premiere’s final minutes, she spots Chantal in a Chinese restaurant, forlornly reading a copy of Anna Karenina. Chantal slips away; Dory decides that she’s in mortal peril. But it becomes clear almost immediately that Dory isn’t searching for a body so much as for something to do. We understand that if Chantal is “missing,” it’s because she wants to be. And if there’s a mystery afoot, it’s because Dory needs one in her life.

Search Party, like the noir classics of Raymond Chandler and Dashiell Hammett, isn’t about the search for meaning but what happens when it fails.

Like many half-hour comedies set in New York, Search Party spoofs the spiritual ills of New York’s gentrifying class. A sitcom, a mystery, and a satire of millennial angst, Search Party takes a few picaresque detours through lunatic milieus in New York’s pricey neighborhoods. Shadowy characters shill designer water bottles while Hitchcockian blondes make brunch reservations. With its young protagonists, Search Party ostensibly belongs to the genre of plucky teen-girl mysteries, helmed by famous heroines like Veronica Mars and Nancy Drew—the latter often cited as a role model for women like Hillary Clinton and Sonia Sotomayor. But Dory and her friends aren’t political inspirations or precocious teens. They’re immature adults with too few hobbies and too much free time. And although her New York is a decidedly undangerous place, Dory is still closer in kind to Phillip Marlowe than Nancy Drew: someone down on her luck and disenchanted, trying to make sense of a difficult world. Search Party, like the noir classics of Raymond Chandler and Dashiell Hammett, isn’t about the search for meaning but what happens when it fails.

Noir, with its atmosphere of scarcity and suspicion, has always been a genre of hardship. A staple of pulp mags and Hollywood’s studio era, it was born in the Depression and reached its zenith in a World War. It didn’t, however, ever reach the same saturation point on television, whose proliferation across US households coincided with the expansion of the suburbs and the postwar prosperity boom. Unsurprisingly, the generic pillars of network television have always been the cop show, the hospital show, the high school show, and even the FBI G-man show of the 1950s—shows grounded in a friendly fascination with US institutions. But nothing feels more appropriate for the present moment—another Golden Age for TV and a dark era for civic life—than the rebirth of noir on network television.

Chandler remains the best known and perhaps best loved author of hardboiled detective fiction, famous for giving style and substance to the genre. His private eye, Phillip Marlowe, was immortalized in the film version of The Big Sleep by Humphrey Bogart, who went on to depict Sam Spade in the John Huston-directed adaptation of The Maltese Falcon years later. Bogart, with his scarred mouth and hangdog handsomeness, remains the prototype for the noir hero: a hard-drinking cynic on the side of the angels. Shawkat’s Dory, all freckly innocence to his street-smart cynicism, seems superficially an unlikely descendent of Marlowe. But she too is a disillusioned searcher on a doomed quest for meaning. And, like every hardboiled detective story, Search Party stands in sly opposition to the rationalist heroes of the genre’s 19th-century pioneers, Sir Arthur Conan Doyle, and Edgar Allen Poe.

The traditional mystery novel is, among other things, a romance of rational discourse: a model of a world in which knowledge rewards genius, and truth rewards knowledge. Conan Doyle’s Sherlock Holmes and Poe’s M. Dupin were savant-like minds with signature styles of intellection—think of Sherlock Holmes “deductive reasoning,” and M. Daupin’s “ratiocination.” Their stories unfold through intellectual stuntwork, like Daupin solving a crime by putting on a blindfold, or Holmes’s on-the-fly cryptography. With their spectacular resolutions, these early detective stories assured readers that ingenuity alone could extract meaning from the world. It was an entertaining model for fiction, but a poor one for lived experience. The hardboiled novel, by contrast, withheld solutions, or forgot them, or offered only disappointing ones. Phillip Marlowe and The Maltese Falcon’s Sam Spade weren’t armchair geniuses but mercenary alcoholics. Detective work led them not to tidy empirical truths but into the crosshairs of gangsters and the beds of femme fatales. Their puzzles were less likely to resolve than unravel into nothing.

Much like Search Party, noir fiction places a low premium on solutions. Chandler was famously indifferent to how his mysteries worked out, and so he didn’t always bother to solve them. Pauline Kael characterized Howard Hawks’ film version of The Big Sleep as an “incredibly complicated thriller,” whose plot “you may not be able to figure out even after the denouement.” She also related a now-famous anecdote about the production of the film: confused as to who murders a chauffeur in the second half of the novel, “William Faulkner and other screenwriters had to appeal to [Chandler] for guidance, and apparently Chandler couldn’t exactly figure it out either.” The solution to the mystery was never the point of Chandler’s novels—the point was that there was no point for the noir private eye, only the hope of a paycheck. The hardboiled mystery, like noir city, was hollow at its center, and never more literally than in Dashiell Hammett’s The Maltese Falcon. Hammett’s private eye is enlisted to track down a supposedly priceless artifact from Malta, an ornamental bird statue concealing, beneath a coat of enamel, a fortune in precious metals and jewels. In the book’s denouement, the bird—the object of a mutually humiliating slap-fight in the film version between Mary Astor’s femme fatale and a two-bit gangster—is revealed as a fake. The priceless object becomes a worthless bauble; the mystery becomes a fool’s errand.

If Search Party is in part a spoof of the leisure class, The Big Sleep and The Maltese Falcon were studies in a land of vanished wealth. Far from the adult daycares of Search Party’s Manhattan, the California of the 1940s was a cradle of organized crime and widespread police corruption during and after Prohibition. Once merely a gleam in a prospector’s eye, California looms over the noir imagination like a strip-mined Eldorado, a subtropical empire in decline. The Big Sleep begins in the sweltering heat of a dying tycoon’s mansion and ends with a body buried in a defunct oil field. The regional symbolism of Dashiell Hammett’s The Maltese Falcon is just as stark—Sam Spade is dragged through the seedy underbelly of San Francisco in pursuit of the falcon, a classic MacGuffin and (literally) empty symbol of wealth.

Both mysteries, like California itself, are built around a mirage. In its own way, Search Party is as preoccupied with the promise of wealth, punishing and paper-thin. There are no gangsters and gamblers in Dory’s neighborhood, only luxury real estate firms and natural birth cults. But their effect on the city is one in the same—to turn it into something sinister and surface-level, empty underneath.

There’s been no shortage of TV sitcoms documenting the personal failures of comically awful young people through a filmy lens of schadenfreude. What’s missing, more often than not, is any account of the things by which young people have been failed themselves.

Search Party is gentle satire and not—thank god—hard-hitting social critique. But, with its good humor and gentle touch, it still manages to link the private farce of dumb millennials with larger crises in public life. Dory’s search for a real job and her search for a real mystery unfold at the same time; if she had the job, we understand, she probably wouldn’t need the mystery. The traditional trajectory of the whodunit—arcing up and out of murky suspense into crisp resolution—is as foreclosed for Dory as the traditional route to job security and dental insurance. There’s been no shortage of TV sitcoms documenting the personal failures of comically awful young people through a filmy lens of schadenfreude. What’s missing, more often than not, is any account of the things by which young people have been failed themselves: the intractability of student debt, the diminishing value of an undergraduate degree, and a culture which remains enthralled by the disillusionment of middle-aged men while giddily condescending to disillusioned young women.

The real difference between classic noir and Search Party’s noir-sitcom isn’t in its mode of suspense, but in its model sleuth: a young, educated woman rather than weather-beaten, middle-aged man. But that shift in perspective comes with new distortions, and Search Party seizes on them smartly. If the risk for Phillip Marlowe and the noir hero was always in succumbing to self-serving nihilism, the risk for Dory—and for all the women like her—is in succumbing to privileged naiveté. Her mystery is fueled as much by her macabre fascinations as by her blinkered optimism: Like Holmes and Daupin, she believes that people are essentially reasonable; like a sheltered millennial, she believes those reasons are essentially sympathetic. A good mystery enlarges and clarifies the world, but what makes Search Party noir—and sneakily subversive—is Dory’s inevitable revelation that things are smaller and meaner than she ever imagined.

The New York sitcom has always been about young adults figuring it out, and the genius of Search Party is to make that figuring-it-out both literal and more obviously doomed. Dory experiences her Manhattan the same way she experiences her youth: as a maze with all wrong turns, a complicated void to fill with direction and meaning. There’s no job waiting for Dory or her shiftless friends at the end of her season, and no solutions at the end of her mystery. The task for Dory, as for Phillip Marlowe, is to find the courage to do more in a world that offers her less—to become hardboiled without being hardhearted. All of us are consoled by the idea that the world has a master plot, whether its Pizzagate or the myth of linear progress. The challenge for Dory and her cohort, both on and offscreen, is to learn how to live in a world without one. 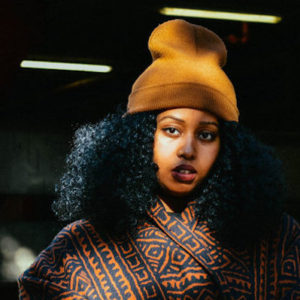