"When Everything is Falling Apart, We Fight"

Last Saturday, shortly after President Trump announced a ban on citizens from seven majority Muslim countries from entering the United States and the suspension of the entire US refugee program, a particular verse of poetry started circulating the internet:

It wasn’t the first time this poem had gone viral. Two years ago, when the Syrian refugee crisis started exploding on Europe’s shores, thousands had already turned to Warsan Shire’s brutal poem Home

to express solidarity and empathy. The poem encapsulates the refugee experience precisely and accessibly, putting into words so many feelings that are hard to articulate—as a piece of writing, it galvanizes the public and critics equally.

Shire would later rise to global stardom when she collaborated with Beyoncé on Lemonade, launched mid-last year. Their partnership has been shrouded in mystery—no one knows how or when they began collaborating and, since the album dropped, the poet has been pretty much off the radar except from occasional social media updates.

Foggy-brained by a week of obsessively reading the news unfold, I re-watched Beyoncé’s Lemonade a few days ago. I can’t pinpoint why, but it felt like the right combination of beauty, escapism and anger release. It was Shire’s poetry in particular, solemnly read by Beyoncé, that felt soothing—her words, read out loud

, are hypnotic. Both women were in the back of my mind all week.

Later on, I opened Instagram and, gloriously, there was Beyoncé’s announcement (coinciding perfectly with the first day of Black History Month, and instantly celebrated as her bringing much-needed light into 2017). Such is the year we are living in that, at this point, she might as well be carrying the two Skywalkers. A day later, she posted the entire photoshoot on her website, interspersed with Shire’s poem

I Have Three Hearts. On the same week that a poem by an African artist was being heralded as a rallying cry for refugees and referenced everywhere from the New York Times to social media, the most influential star in pop culture was making a statement, yet again, by elevating—and letting herself be elevated by—the very same artist.

Shire’s role in Beyoncé’s announcement is the cherry on top of the poet’s moment in pop culture. Whether she is writing about the refugee experience, war, family or relationships, Shire grants humanity and individuality to people who have for too long been subsumed under collective terms like “refugee” or “immigrant”—or not talked about at all. Shire shines a light on their realities, and forces us to see up close.

A Kenyan-born British-Somali poet, Shire embodies Audre Lorde’s notion of language as resistance. Her work is raw, bloody, painful, while at the same time it can be read as hopeful—by affirming the pain, we free ourselves from it. Recognized as the inaugural Young Poet Laureate for London in 2014 (alongside other awards) she has published two pamphlets: her first was “Teaching My Mother How to Give Birth” in 2011, which already displayed narratives of journey, war, and trauma that hit the reader in the face. Mouthmark, the small imprint that first published her in Britain, put it like this: “[Shire’s] poetry is a kind of literary pointillism applied on a jazz-blues-blood-sex-rock-and-rolled canvas with sweat, tears and spittle as primary colours; if you don’t get it you’re not listening.”

The timing couldn’t have been better for Beyoncé to lift everyone up, yes, but also for Shire’s poetry to consolidate as the words we turn to in this dark period. To me, their collaboration represents the duality of this cultural moment: the anger and the hope, the despair with a politics that eliminates all pretense of normal life, the need to take action while also just putting one foot in front of the other. The visual combination of old snaps of Beyoncé’s family life, baroque pictures of her pregnancy—surrounded by flowers, saint-like, submerged in water—and Shire’s words—an ode to a black Venus and the mysterious power of motherhood—feels at once divine and grounded in nature, both saintly and full of life. It reads like a sublime declaration, made even more powerful by the artists’ silence around it. They let the art do the talking.

Almost echoing the rebels of Fahrenheit 451, these two women are telling us: When everything is falling apart, we fight. When our bodies are in peril, we take supreme care of them and celebrate them. When the world is ending, we reproduce. When we are told we are worthless, we love each other. 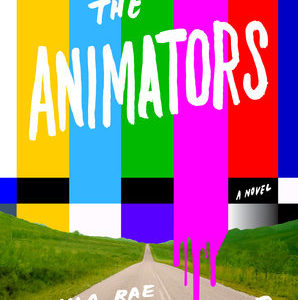 WHAT WE DID TO NPR When I first imagined what it would be like to go on TV or radio, I pictured the glamour clichés first:...
© LitHub
Back to top