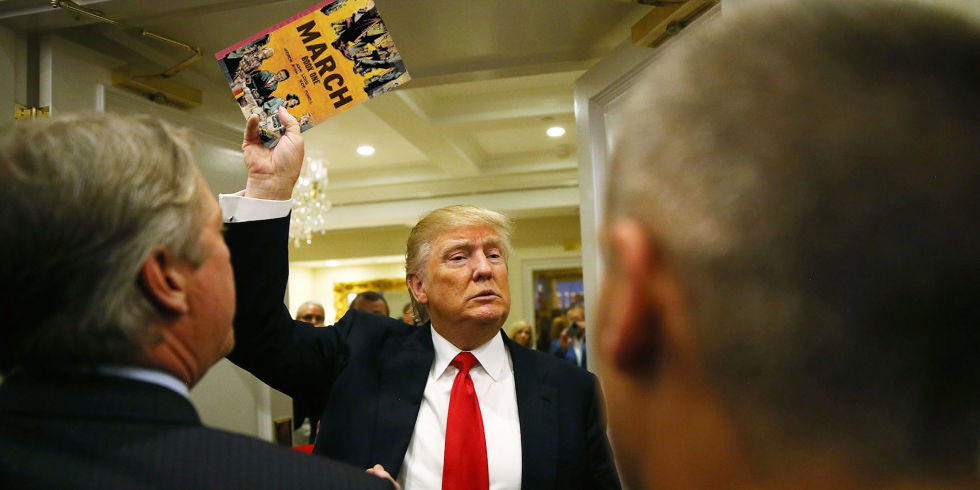 Last week, Donald Trump was roundly mocked after taking a break from congratulating himself during his remarks about Black History Month to note: “Frederick Douglass is an example of somebody who’s done an amazing job and is being recognized more and more, I noticed.” Does Trump know that Frederick Douglass is dead? wondered current and former fifth-graders across America. Does he even know who he was? But every idiot has a silver lining: Broadly has reported that sales of the Yale University Press edition of Narrative of the Life of Frederick Douglass, An American Slave have gone up since Trump’s comment—and this uptick in sales is only the latest in a series of national Trump-fueled book-sales increases. Moving forward, as a public service shopping list, we will keep this space as a running list of all the good books whose sales rise because of Trump’s unintentional (read: they won’t be his “own” books, or books about him) shilling, via his stupidity, ignorance, terrifying policies, and otherwise. See the current list below. 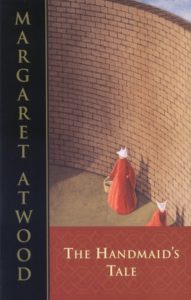 This one’s borderline, because television, but: after a trailer for Hulu’s adaptation of The Handmaid’s Tale ran at the Superbowl, the book shot up to the top of Amazon’s best-seller list (knocking Milo Yiannopoulos’s Dangerous off the pedestal). But it’s obviously not just a function of the Superbowl, because this book has been getting tons of attention recently, for good reason. It seems that the commercial just put it over the top. 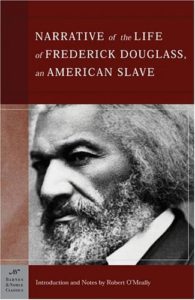 See above. “We do confirm that we have seen an increase of sales for Frederick Douglass’ titles since yesterday’s comments,” a Yale University Press spokesperson told Broadly. 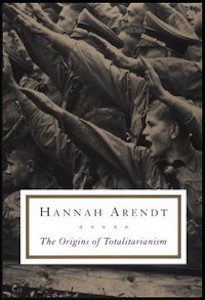 Hannah Arendt, The Origins of Totalitarianism

Last weekend, political theorist Hannah Arendt’s The Origins of Totalitarianism—a 1951 book unpacking the forces that led to the rise of Nazi Germany and Stalinist Russia, so light reading—sold out on Amazon. Journalists have been citing the book throughout the Trump process, so it’s not clear to me what exactly pushed the book over the edge, but I guess, after the last couple of weeks, it could really have been anything. It’s back in stock now, but according to its Amazon page, it is still the #1 Best Seller in Fascism. (I think Amazon could do with fewer categories.) 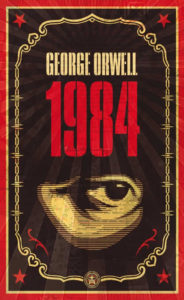 1984 is always popular, since it’s a high school reading list staple, but after Kellyanne Conway called Sean Spicer’s lies about inauguration crowd sizes “alternative facts,” the Signet Classics trade paperback edition Orwell’s 1984 shot to the top of Amazon’s bestseller list, and then promptly sold out—Signet has said they plan to order 75,000 extra copies. A Signet spokesperson told EW that “since the inauguration, sales for George Orwell’s 1984 have increased by +9,500%.” All of this is not surprising, since there are a number of passages in the book that relate quite well to our current situation. An adaptation of the novel is also now slated to appear on Broadway. 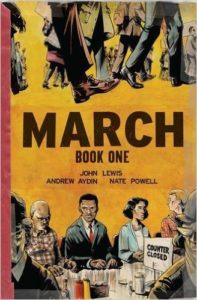 In January, civil rights icon and Georgia congressman John Lewis told NBC’s Chuck Todd that he didn’t “see this President-elect as a legitimate president,” because of Russian interference in the election. Trump shot back on Twitter over Martin Luther King Jr. weekend: “Congressman John Lewis should spend more time on fixing and helping his district, which is in horrible shape and falling apart (not to mention crime infested) rather than falsely complaining about the election results. All talk, talk, talk – no action or results. Sad!” The public, however, seems to have sided with Lewis, rushing out to buy his graphic novel trilogy March (the third volume of which won a National Book Award this year), which shot up to the top of Amazon’s best seller list, as well as his memoir, Walking with the Wind: A Memoir of the Movement, which sold out. Both books saw their sales increase by over 100,000 percent after Trump’s tweets. In fact, that weekend, of Amazon’s top 20 books, five were by Lewis. 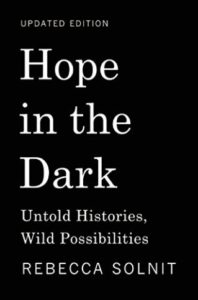 Rebecca Solnit, Hope in the Dark

Rebecca Solnit’s Hope in the Dark—a book arguing for the importance and power of activism, originally written in George Bush’s first term—saw a huge uptick in sales in the months leading up to the 2016 election. When the book sold out two days after the election, Solnit and Haymarket, her publisher, offered the text for free download—and 30,500 people took them up on it.

Before Trump was elected, most people in America were thinking, “it can’t happen here.” After Trump was elected, many of those people ran out to buy Sinclair Lewis’s 1935 novel It Can’t Happen Here, which chronicles the rise of a fascist regime in America. So many people, in fact, that the novel promptly sold out on Amazon and Books-a-Million. 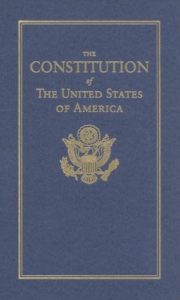 The Constitution of the United States

This summer at the Democratic National Convention, Khizr Khan, the father of an American Muslim who died fighting for his country, pulled a copy of the Constitution out of his pocket and held it up to the crowd. He directly addressed then-candidate Trump, asking “Have you even read the United States Constitution? I will gladly lend you my copy. In this document, look for the words “liberty” and “equal protection of law.”” Shortly thereafter, Amazon’s $1 pocket Constitution hit their best-seller list, peaking at #2. I hope some of those people are still carrying those Constitutions around, waiting for an opportunity to give them to Trump. 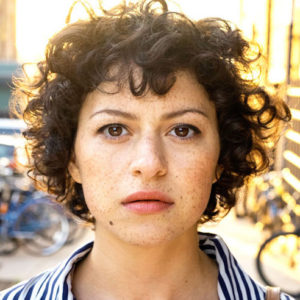 It’s hard to imagine anything less hard-boiled than Search Party, the bubbly, bumbling noir-sitcom that premiered on TBS in November...
© LitHub
Back to top
Loading Comments...