Nobody Tells Us What to Do: On 50 Years of Hanging Loose Press

A Half-Century of Commitment to the Unknown

Fifty years ago, Robert Hershon submitted his poetry to Things, a small letterpress magazine that seemed compatible with his work. In lieu of an acceptance letter, he received a life-changing phone call. Dick Lourie, one of the magazine’s co-founders, let him know that it had folded, but he and two friends would be starting Hanging Loose magazine. Due to their admiration for his poetry, they invited him to join them. He happily accepted their offer, a decision that provided him with a focus and passion for the next half-century and allowed him to make a mark on the literary world.

Hershon and Hanging Loose’s three other founding editors—Dick Lourie, Ron Schreiber, and Emmett Jarrett—began the magazine in the apartment of Denise Levertov, who had taught Jarrett and Lourie and would function as a contributing editor for the first 25 or so issues. They sought to make poetry more accessible, both for writers seeking publication and for readers intimidated by the form. As Hanging Loose was designed to easily integrate each poem into the daily life of its reader, it didn’t fit the traditional definition of a magazine. Instead, it was made up of a sheaf of loose pages enclosed within a cover envelope. Any poem that deeply affected or impressed someone could be removed from the envelope and tacked up on a wall or refrigerator, pasted on the cover of a notebook, or otherwise made available for easy, repeated reading. (The founders of the magazine also joke on their website that “if you didn’t like a poem, you could use it as a napkin.”)

With a central mission of inclusivity, the founders made a point to publish largely unknown poets. Nearly a decade after launching the magazine, they expanded this mission to include the publication of books as well. In the early 1970s, Hanging Loose Press was born with the publication of Schreiber’s first book, and it has gone on to print upwards of 200 titles. The press takes pride in publishing poets who might be overlooked in the wider literary world due to age, subject matter, lack of publication history, or other factors. As Hershon explains, Hanging Loose originally intended to publish “new, young writers,” but “young writers become older writers, and you don’t want to throw them away.” Mary Ferrari came to Hanging Loose Press in her seventies; the Hanging Loose editors felt strongly about her poetry, and so they published it. Other writers, like Jack Anderson, began working with Hanging Loose Press years ago and stayed with the press as their careers flourished.

As Hershon tells it, one of the greatest thrills of running a small press is providing a venue for compelling writing that has not found a platform elsewhere. One of Hershon’s methods for evaluating independent presses is determining how many debut books they’ve put out. He explains, “if you’re going to start a small press and just write slavish letters to famous poets who, if you’re lucky, will send you their third-rate stuff that nobody else wants to publish, maybe that will help you get a promotion in your English department, but [how] boring. . .” He’s honest, however, about the difficulty of publishing debut work, especially for an independent press that operates on a small budget. It’s challenging for new books to get reviews—or to even get noticed at all. But Hershon feels that putting out these books is important work, and Hanging Loose has managed to do just that for 50 uninterrupted years, even knowing that oftentimes, only a few hundred copies will sell. As Hershon explains, “Nobody tells us what to do. We follow our own star.”

Many of the relatively unknown writers published by Hanging Loose have gone on to become highly regarded. Alumni include Meghan O’Rourke, Maggie Nelson, Eula Biss, Jack Anderson, Cathy Park Hong, and Kimiko Hahn. Before she became a best-selling novelist, a teenaged Emma Straub’s poems appeared in the magazine. The poetry of Sherman Alexie was first published in Hanging Loose, and the press printed his first book, The Business of Fancydancing (as well as several others). Once Alexie went on to find great success with his young adult novel The Absolutely True Diary of a Part-Time Indian, Hershon recalls Alexie stating that he would publish his poetry with Hanging Loose Press for as long as they wanted him. And he did: the most recent issue of the magazine begins with a 15-page spread of Alexie’s poems.

Hershon makes a point of keeping up with the press’s writers, and many of them have become very close to both him and his wife, the poet Donna Brook, who is an editor for the press. Their Brooklyn brownstone is a hub of literary activity; they put together manuscripts at their kitchen table and welcome visiting poets for dinner. As Hershon says, “A lot of poets have slept in our guest room.” Perhaps it is this warmth and generosity—and complete dedication to its writers—that has allowed for the flowering of the strong community that surrounds Hanging Loose.

In the 50 years of the press’s run, some things have changed. Emmett Jarrett left soon after its founding and was replaced by Mark Pawlak, who has been with the press for 36 years. Ron Schreiber passed away in 2004, leaving boxes of handwritten organizational notes for the other editors. The format of the magazine changed: the loose pages were abandoned (libraries and bookstores struggled to shelve the unwieldy envelope, and the editors found the unbound format to be unfriendly to poems longer than a page) in favor of a standard 7×8.5 book format. The publication schedule shifted from quarterly to biannually, allowing it to “find readers for six months.” What has remained remarkably consistent, however, is the press’s commitment to the unknown and the unvoiced. Hanging Loose continues to put out volume after volume on a small budget, taking no funding but expanding its roster of writers. Hershon recognizes that the editors’ half century of dedicated service to the press has made it a fixture in the poetry community. He says it best, if with surprise: “We’ve really built something.”

Samara Skolnik is a teacher and a writer. She lives in Brooklyn.

With Mike Pence at Hamilton: Thoughts from My 13-Year-Old Sister 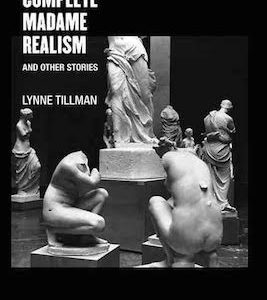 Madame Realism's Torch Song The other night, as he sat near the ﬁre in Madame Realism’s study, in the place where chance...
© LitHub
Back to top