Why Rural Lives and Literature are in Crisis

A while back, I was speaking to a poet who had once lived in a rural corner of a southern state, and I told her how I’d spent a little time there among friends and liked the place. “Really?” she said. “How could you stand all those fucking rednecks?”

Well, those fucking rednecks are my people. I’m from West Virginia, though, alas, I’ve mostly lived in other places for a decade. My family has made its home there and in western Pennsylvania for as long as anyone can remember, before the United States existed. Few places can rival its beauty and the friendliness, toughness, and humility of its people. A place of silence, it forces one to turn inward. No one has enough money, true, and its human problems stem from that need. An old woman once told me, “There’s nothing to be ashamed of in being poor, but it’s awfully inconvenient.” Yet West Virginia has become a metonym for trashiness. I’ve learned not to bring it up when I’m in the Northeast, where I live for the moment.

But then, I’ve found that my taste in places, like my taste in literature, runs toward the obscure, the forgotten, the dismissed. I didn’t engage the poet that day. There’s no point. I’ve found no shortage of strangers eager to inflict their political opinions upon me, who are ready to fix the “problems” of the country—when I say country, I don’t mean the nation, but the rural places far from Interstate highways, far from centers of population, media, commerce, and power. The towns you drive through and wonder how the people make a living.

Ones who have not lived there are especially willing to make suggestions.

In college, I was making the short drive from the Blueridge home when I heard a young West Virginia writer being interviewed on NPR—now this was something! Hell, we were about the same age. But there was something off. The writer had this syrupy plantation accent out of Tennessee Williams, an anachronism. His story was lurid—he was a former teenage truck-stop prostitute, having been pimped by his mother and forced to take drugs and dress in women’s clothes. He now had famous friends who adored him, like Billy Corgan, Tatum O’Neal, Winona Ryder, Mary Gaitskill, etc. Sentence by sentence, the writing itself was dreadful, but no one seemed to notice.

Of course this was JT Leroy, that literary hoax, “author” of Sarah and The Heart is Deceitful Above All Things. The writer turned out to be a 40-year-old San Francisco woman who had grown up in Brooklyn Heights, studied creative writing at the New School, and been a part of the East Village punk scene. Her sister-in-law donned a blonde wig to “play” JT Leroy in public.

On its surface, this is a ridiculous story, but I learned something that day: the wider readership craves, from a place like West Virginia, its most lurid and preconceived fantasies, as well as simple characters hopelessly shackled to their id. Of course these red-staters are working parking lots on the side! I think of the genre as meth-lab trailer porn—writers like Daniel Woodrell have parleyed it into good, long careers. This writing exoticizes places beyond recognition. Yes, there are such people—we had a caretaker on our farm with the tattoos “Sweet” and “Sour” inked over his nipples, arrows pointing to them in case you didn’t get the hint—but this vision overwhelms the presence of the unsexy, struggling sorts: the nurses, the miners, the court stenographers, the county surveyors. You can’t have one side without the other. All stories are valid. But not all stories are marketable.

There are roughly 136,000 United Methodists in West Virginia. I’d hazard there are a couple hundred snake-handling Pentecostals. Now which one are you more likely to discuss online? What’s an easier sell for your agent? The Methodist novel or the snake book? Percival Everett plays this dynamic to great effect in Erasure.

The city is on the rise. The country is in decline. As a writer, I feel this sharply. Beyond these gothic articulations, the rural experience is not regarded as important or instructive.

The last figure I heard was that 80 percent of Americans now live in urban or suburban areas, mostly near the coasts, with the remainder living in small-towns or in the country. In 1900, this ratio was roughly reversed.

Faulkner, Welty, James Welch, Willa Cather, Zora Neale Hurston, John Ehle—would they even be published today? Or, more pointedly, would they have even lived and come of age in those forgotten, country places? Probably not. They were all creations of worlds that, due to the vicissitudes of capitalism, no longer exist. Except for Marilynne Robinson, of lonely Idaho, it’s hard to think of such a fiction writer who is published today and taken seriously, who is actually part of the zeitgeist. This creates a situation in which consumers of culture see only a strange and distorted vision of the country, as it is so unfamiliar. Reading good fiction, above all, creates empathy. In the absence of empathy, the other is subhuman, dangerous, fetishized.

So the truth is harsher than any story JT Leroy could tell you. My generation fled West Virginia. There were a few jobs in the schools, the hospitals, the courts, and, most importantly, extractive industry—but not enough. We went to college and left after, or joined the military, or got on I-77, the hillbilly highway, and drove to the Carolinas where there was a construction and banking boom. When I read in the Carolinas last year, half the people in the crowds were from our small diaspora, and they approached me with dazed and hungry looks, thanking me for writing about the place. “People just don’t understand,” a guy from Upshur County told me. “They just don’t get it.” His grandfather had been a union miner, “the hillside socialist,” he said, that dying breed.

Estrangement creates writers. As a member of smalltime Protestant stock in de Valera’s Ireland, William Trevor wrote, “I was fortunate that my accident of birth actually placed me on the edge of things. I was born into a minority that all my life has seemed in danger of withering away.” In West Virginia, the roads were crumbling. You rarely saw anyone on the street between the ages of 20 and 50. The busy world was a rebuke to our way of life, which was particular, sealed to local landscape. We were too conservative, it said, too provincial. The Internet was here. We were on the cusp of a global age, whatever that meant. America’s promise was in the city and its apron of suburbs. And don’t you know, cities are green? Our parents told us to prepare ourselves.

The end of coal is the dagger. After living off this cheap fuel for over 150 years, and sending workers underground to harsh conditions and sometimes death, the wider world has decided that coal is too dirty, and the fall of the industry is destroying the only well-paying, unionized, and blue-collar employment available in large numbers to the men and women in West Virginia. One could always tell the miners’ houses, which were neater and had two-car garages with shining machines. Now those houses are falling down, junked. “Why don’t they find other jobs?” I’ve been asked by those who do not understand life in a monoculture. And no, pumping gas or pouring coffee for tourists will not fill that vacuum. “Why don’t they move?” Because they love the place.

By century’s end, half of West Virginia will be a moonscape of blasted rock, drilled and mined and stripped to nothing, all to produce cheap energy for the very people who have looked down on the place as backward.

This pointillist map of employment in America, based on the 2010 census, was created by Robert Manduca, a Ph.D. student in sociology at Harvard. It shows the wide swaths of country where there exists no economic opportunity, an Empty Quarter.

We’re at the end of our road. By century’s end, half of West Virginia will be a moonscape of blasted rock, drilled and mined and stripped to nothing, all to produce cheap energy for the very people who have looked down on the place as backward; the rest will be a green playground for the wealthy, on the level of Jackson Hole.

In Call Me Ishmael, his groundbreaking 1947 study of Melville, the poet Charles Olson writes, “I take SPACE to be the central fact to man born in America, from Folsom cave to now. I spell it large because it comes large here. Large, and without mercy.”

Yet I can’t help feeling that the space has contracted, that our national literature has been reduced. We live in a nation of 3.8 million square miles. The Big Five publishing houses are located within a few subway stops of each other in Manhattan; that rich island which represents 0.000887 percent of our country’s surface. This is not benign. Our literary culture has distended and warped by focusing so much power in a singular place, by crowding the gatekeepers into a small ditch of commerce. A review in the Times trumps everything else. You can’t tell me that this doesn’t affect what is, finally, bound into books, marketed, and sold. Which designates what can be said and how one says it. Why do we cede American letters to a handful of corporations that exist on a single concrete patch?

This is too narrow a vision for a great country. We’ll never create a lasting literature this way. Instead, we’ll live for the moment, saturated by media, bound to the flashing desires and finicky values of the zeitgeist. Literature is at its best when it stands apart and above, considering the vastness of time. Yes, capitalism shapes our literature. But we can resist. We can publish JT Leroy, or we can publish the truth.

Matthew Neill Null is a recipient of the Mary McCarthy Prize and the Michener–Copernicus Society of America Award, and his fiction appears in American Short Fiction, Ecotone, the Oxford American, Ploughshares, The PEN /O. Henry Prize Stories, and The Best American Mystery Stories 2014. A native of West Virginia, he holds an MFA from the Iowa Writers’ Workshop and was a fellow at the Fine Arts Work Center in Provincetown, Massachusetts, where he is currently the writing coordinator. Honey from the Lion (Lookout, 2015) is his first novel. His story collection, Allegheny Front, is forthcoming from Sarabande in 2016. 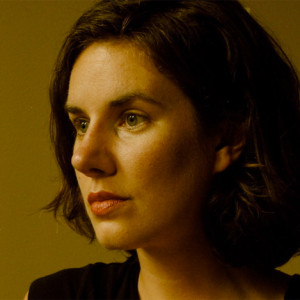 In “In Defense of Saccharin(e),” an essay from her 2014 collection The Empathy Exams that explores the too much-ness...
© LitHub
Back to top