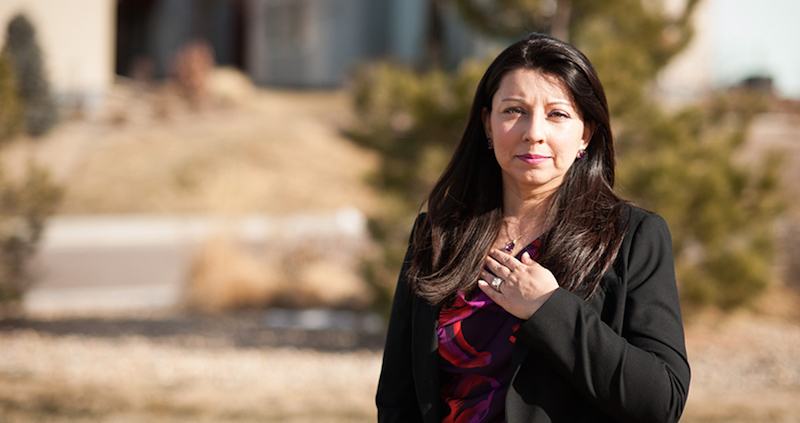 What is justice? That’s the question author Ausma Zehanat Khan hopes readers will decide for themselves in her Toronto crime series featuring a Muslim detective. She spent over a decade studying the Bosnian War, in particular the atrocities and massacre of 1996 at Srebrenica, while conducting her PhD research in International Human Rights Law. That level of submersion in military intervention and war crimes left her with a story to tell, despite years of legal work on behalf of genocide survivors.

Khan’s issue became how to tell that story in a way that would resonate with readers without overwhelming them—and she admits, herself. An early attempt at a traditional novel didn’t let her inside the head of her characters the way she wanted. Khan decided a crime novel made perfect sense by giving readers a familiar vehicle to relate to the story she felt destined to tell.

“I’m a lifelong crime fiction reader, living now in Denver, and I chose the Canadian setting to write about my Toronto home from a distance. That distance allows me to recreate the setting for readers, who may not understand the very accepting multicultural attitudes prevalent in Toronto. It is an inclusive, welcoming city with an openhearted stance toward multiculturalism ingrained in the idea of what Canada stands for. So that’s how I grounded my detectives. I wanted to write about the Bosnian genocide because I thought it was a war most people knew little about, and whose terrible crimes have been largely forgotten. I decided a mystery that explored that war would be a more accessible, but still compelling, entry point into that story, one that has stayed with me as the struggle for justice continues.”

The Unquiet Dead, Khan’s debut police procedural, introduces readers to Canada’s Community Policing Section, whose purview is minority-sensitive cases. The detective team is comprised of hockey-playing Sergeant Rachel Getty and her handsome devout Muslim senior partner, Esa Khattak, both in the process of sorting out where they belong in their families and in their independent lives.

The case revolves around their investigation into the seemingly accidental death of Christopher Drayton, who has fallen from a cliff behind his house. The gripping novel becomes politically charged when it becomes known that Drayton had been receiving letters containing quotations from war survivors’ testimony. Khattak comes to believe Drayton may be a war criminal responsible for the slaughter of thousands of Muslims during the Srebrenica Massacre. It’s possible his death is a revenge killing by relatives of survivors who’ve settled in Canada.

The case has personal ramifications for Khattak that affect his judgment, while Getty carries her own family secrets. As they build respect and trust in each other, they learn about the different cultures they represent. Khan successfully alternates the investigation against the background of the war, with several individual survivor stories representative of the horrific experiences of many. Without harping on the political issues involved, but using the travesty of war atrocities as the focus, the novel stays firmly in the realm of a police investigation with well-drawn characters, as the threads of the past and the present become woven into a chilling climax.

The Unquiet Dead blazes what one hopes will be a new path guided by the author’s keen understanding of the intersection of faith and core Muslim values . . . A debut to remember and one that even those who eschew the genre will devour in one breathtaking sitting.

It is revealed after reading the novel that the letters Drayton received contain lines from actual testimony from war crime trials. In a well-documented addendum, the author explains the origins of the quotes, which illustrate the horror of ethnic cleansing that occurred at a time when an entire culture and its followers were to be scrubbed off the face of the earth.

Born in England but raised in Toronto, Khan lives in Denver with her professor husband. They met when both were students at university in Ottawa and became activists in protests against Bosnian war crimes. Nader Hashemi is Director for the Center of Middle East Studies at the University of Denver, and became a valuable and patient resource for Khan in her research for the second book in the series, The Language of Secrets.

Poetry plays an important part in this second novel, inspired by Khan’s Pakistani parents and their love of storytelling and poetry. From an early age, Khan and her three siblings were exposed to poetry evenings with oral storytelling, as was a respect for the written word that has served her well.

She includes Persian and Urdu poetry to showcase the magnetism of one of her pivotal characters. As in the first novel, where real events inspired the plot, The Language of Secrets is based on an actual case where the Royal Canadian Mounted Police and the Canadian Security Intelligence Service carried out a major anti-terrorism operation that resulted in the arrests of 18 jihadists who were influenced by a charismatic ideologue. With the help of a Muslim police agent who infiltrated the terror cell, coupled with a second informant, a successful sting operation led to the arrests before their plot could be carried out.

“It was shocking to realize there are still those who feel disenfranchised or alienated—who actively wish to do harm. I wanted to explore how, given that context, young men become radicalized to the point of disastrous action,” Khan explains.

In Secrets, Esa has been told he cannot be seen to be investigating the murder of an old friend, an undercover Muslim agent from this mosque, for fear of getting in the way of a sting operation in progress. He’s been hamstrung by his own colleagues and decides sending in Rachel undercover in the mosque may be the best way to infiltrate the cell and investigate the murder. Khan chose to have Rachel Getty play that sensitive role, forced to be believable as she tries to separate out the mosque members from the terrorist cell, while appearing as simply an interested new party.

The effect of growing up with a psychiatrist father becomes clear when Khan notes: “There’s a lot at stake, and it becomes personal to them when Esa’s sister becomes engaged, against his wishes, to a member of the mosque, the leader of the cell. I tried to show that passion and zeal take many forms in religion, and people turn to the comfort of belonging to a group for various, personal reasons. As she subtly investigate the congregants, Rachel is the one who arrives at these conclusions.”

A practicing Muslim, Khan believes that making the Muslim the bad guy is too simplistic, a “banal conversation,” and feels the popularity of her books revolves around the fully-formed Muslim character of Esa Khattak, when public discussions today are so often vitriolic about the Muslim community. She made him a member of the same Pashtun tribe as her parents and herself, and strove to give him both a professional and personal challenge to investigate a terror cell within his religion. Kirkus Reviews agrees Khan has done a convincing job with Esa Khattak, his sergeant, and the rest of her characters:

Khattak is a compelling protagonist, a cerebral, reserved Muslim comfortable with his faith but not ruled by it, and the buoyant, hockey-loving Getty is an endearing foil. The cell members are afforded fully dimensional personalities and varied passions, ideals, and justifications for their actions; everyone has their reasons, Khan understands, and her nuanced exploration of those reasons elevates her second novel above the general run of detective fiction. A smart, measured, immersive dive into a poorly understood, terrifyingly relevant subculture of violent extremism.

A science fiction and self-proclaimed “fantasy geek” Khan was the founder and served as Editor in Chief of Muslim Girl magazine. The first magazine to address a target audience of young Muslim women, Muslim Girl re-shaped the conversation about Muslim women in North America. It was featured in the New York Times, the Washington Post, the Chicago Tribune, the Boston Globe, the San Francisco Chronicle, Voice of America, the Globe and Mail, the Toronto Star and Maclean’s magazine, among others.

And while Khan’s LL.M. thesis on the International Criminal Tribunal for the former Yugoslavia won the Canadian Council of International Law prize for Outstanding Thesis and the Jacques Gaudreau Memorial Prize, it is a testament to her credit as an author of crime fiction that her knowledge and extensive research exist comfortably alongside the plot of the police procedurals and never overwhelm the stories she’s telling.

For her interest in crime fiction, Khan credits a gift from her father at the age of thirteen. “He gave me a leather-bound set of Sherlock Holmes stories and I was hooked by the master, Sir Arthur Conan Doyle. I also greatly enjoyed Ngaio Marsh, and later Reginald Hill became one of my favorites. His Dialogues of the Dead is what I consider a perfect crime novel.”

Khan says her current reading centers around writers like Louise Penny, Charles Finch, Alan Bradley, Charles Todd, and Tasha Alexander, as well as Elizabeth George and Martha Grimes. “Morag Joss has a way with a lovely turn of phrase, and I enjoy Susan Hill’s Simon Serrailler series and the dilemmas of his family very much.”

There is a third Esa Khattack Mystery written and a fourth in the works, but don’t think Ausma Zehanat Khan is leaving her writing there. Next year she’ll launch a planned fantasy series, the Khorasan Archives, which are set in a world inspired by the current political climate of the Middle East. This time the protagonist will be a young woman named Arain who is tasked with a dangerous quest to reclaim a sacred text. The Bloodprint will be published by Harper Voyager US and Harper Voyager UK in the Fall of 2017.

And in breaking news, the Esa Khattak Mysteries have been optioned for television by Lionsgate with Allison Shearmur Productions set to produce. That’s the company that brought Cinderella and The Hunger Games to film, and it’s likely their involvement will mean a quality production and a wider audience for this author, who says, “I feel so lucky to have my voice out there.”

Marni Graff is the author of the Nora Tierney mystery series, set in the UK. Graff is also co-author of Writing in a Changing World, a primer on writing groups and critique techniques. She writes a weekly mystery book review at www.auntiemwrites.wordpress.com. A member of Sisters in Crime, Graff runs the NC Writers Read program in Belhaven and founded the group Coastal Carolina Mystery Writers. She has also published poetry, last seen in Amelia Earhart: A Tribute; her creative nonfiction has most recently appeared in Southern Women’s Review. 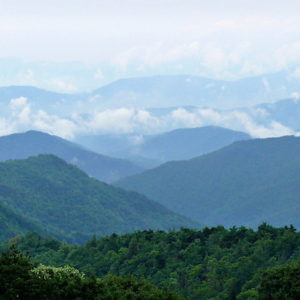 A while back, I was speaking to a poet who had once lived in a rural corner of a southern state, and I told her how I’d...
© LitHub
Back to top