Nino Haratischvili’s Saga of Georgian Life in the
Soviet Union

Lori Feathers Speaks with the Author of The Eighth Life

Early in Nino Haratischvili’s extraordinary novel, The Eighth Life, the narrator recalls what her great-grandmother told her as they looked at an old family carpet. She said that each individual thread in the carpet’s intricate design is like the narrative of a person’s life. The thread weaves in and out among its fellow threads, intersecting with some, disappearing for a bit, then reconnecting with others, becoming visible once again. It is difficult to follow the individual thread as it winds its path through the fabric but if you look closely you can see how it, along with a multitude of other threads, creates the tapestry’s elaborate pattern.

The carpet is a metaphor for the collective life stories of the novel’s protagonists—five generations of the Jashi family—and more broadly, the narrative of 20th-century Georgia, the novel’s setting. It also serves as an apt analogy for the weave of history, imagination, and artistry revealed in Haratischvili’s enthralling family saga, published earlier this month in the US thanks to a robust and discerning translation by the team of Charlotte Collins and Ruth Martin.

Lori Feathers: The Eighth Life is narrated by Niza Jashi, a Georgian expatriate living in Berlin, as she writes a history of her family for Brilka, her niece. The novel explores the ways that various characters are fated not only by the political tumult and government brutality of 20th-century Georgia but also by the legacy of a family curse. Do you think that the concept of fate plays a larger or different role in the way that Georgians think about their lives compared to other cultures?

Nino Haratischvili: I don’t think that the Georgians are more special in this than any other nation. I guess every nation and culture has its own “specialties.” But of course Georgians are much more fatalistic than, for example, the Germans. Also much more superficial. But I think this way of thinking has a lot to do with the Soviet regime and the 70 years of dictatorship.

While doing my research for the book I talked to many people who had lived in the Soviet Union, and many of them used this word fate. It made me think about the term and my perspective on it. Does this concept of fate still exist for us in the 21st century as, for example, it did for the Ancient Greeks? In the Soviet Union where every freedom was restricted and all individuality dearly bought, this form of fatalistic belief was sometimes a kind of survival. You willingly went into the hands of fate, a kind of higher authority, regardless of what you might call it: the gods, like the Ancient Greeks, or the Communist Party, and said to yourself—I can’t change anything anyway.

But of course not everyone had that mindset. There were so many people who risked their lives to fight for freedom and did not believe in any higher power. They fought very hard to be able to live the life they wanted to live.

LF: The novel is broken into seven “books” each named for and about a member of the Jashi family, and it ends with an eighth book entitled “Brilka” that Niza leaves blank so that her niece can write her own history, “a new, better story for herself and her ghosts.” Ghosts play a prominent role in the book, dissolving the boundary between past and present. What inspired you to explore this tension between history’s infinite recurrence and the ability to break free from the cycles of the past?

NH: If you look at the last 30 years of Georgian history it becomes obvious that many political and social mistakes have been made again and again. We’ve been spinning a lot. I have often wondered why this happens. And not only in Georgia. A lot of things that are occurring in the world today would not, had we learned something from our history. But apparently, we humans are incapable of this.

I didn’t have a plan when I started. I knew it would be a family saga and it would span several generations.

Nonetheless there is progress. We all continue to develop, and, luckily, we become more aware of things, and this awareness makes us move forward. And I believe that working through one’s own history is essential for any society to develop and to at least minimize the repetition of mistakes. This has barely happened in Georgia. For the past 30 years most people have just been trying to get by somehow and must handle all the social and economic challenges. The idea of writing the book was born out of the necessity to understand my own background better and to find the answers to my questions. I had a lot of questions.

LF: You describe the simultaneity of sibling love and rivalry as it exists within three separate generations of the Jashi family. In each case not only is there a clash of personalities between the siblings but also overt favoritism from adult relatives. How did your interest in sibling relationships affect the way that you developed the characters and the roles and responsibilities that they carry as adults?

NH: It’s an interesting question. I grew up as an only child and always wanted siblings. I always thought it would be exciting to know that you are not alone with the adults and have a “partner in crime.” But I had a cousin with whom I grew up and did everything together because our mothers had a very close sister relationship. Therefore, I was not a typical only child. We were very different from each other and loved each other but we also argued a lot. Interestingly, as adults we have become very different from what one might have thought of us as young people.

I’ve always found it very exciting to think about how it is possible for human beings to become such completely different individuals when they grow-up under the same conditions and within the same family constellation. What makes us ourselves? How much are we shaped by our families,  our experiences, our social circumstances, the challenges we have had to face, and so on, and how much by what we “bring with us” when we arrive on this earth?

LF: With its multi-generational scope and sweeping portrait of a defining period in the country’s history, I like to think of The Eighth Life as Georgia’s Gone With the Wind. Did you set out to create this type of grand, family saga when you initially conceived the novel and began writing it?

NH: I didn’t have a plan when I started. I knew it would be a family saga and it would span several generations. Actually, I wanted to focus on the 1980s and 90s, a very significant and brutal period of the past for all of us who lived and grew up during it. But I quickly realized that many things had their beginnings much earlier, and it would be too confusing to portray this epoch without first looking for another beginning. So I started my journey through time and ended up all the way back at the October Revolution. By then it was already too late, I was in the middle of the process and the characters kept me going.

LF: How do you think your creative process would have differed had you written the novel in the Georgian language rather than in German?

NH: I’ve been asked this question many times, and basically, I can only say I don’t know. It would certainly be a different book in some way, I just don’t know how exactly. Not only because Georgian is a completely different language than German, but also because it would probably be much more difficult for me to find the necessary distance, which is something that I always need for my writing.

The Germans were clearly the perpetrators while Georgia likes to consider itself a victim, although there were countless perpetrators on the Georgian side.

LF: For the past several years you’ve lived in Germany. What differences or similarities do you see in the way that Germans and Georgians have confronted or reconciled the brutality of their countries’ totalitarian histories?  Do you think that Georgians today feel greater agency in directing the course of their individual lives than in the past? Do you feel optimistic about Georgia’s future?

NH: It is difficult to compare these two cultures and how they deal with their own histories. The Germans dealt with their history on an incomparable scale when it comes to their Nazi past, but they were also partially forced to do so. It is a very important part of everyday German life, this overt and transparent acknowledgement of Nazi crimes. Almost every day, when I walk through the streets here in Hamburg, where I live, I stop at the so-called “Stolpersteine,” where small, golden memorial stones in the ground mark the homes of the Jews murdered by the Nazis.

In Georgia most of the Soviet historical places and historical houses are not even marked. For example, the home of Lavrenti Beria, who I refer to as the “Little Big Man” in the book, is now the offices of the Olympic Committee. Nothing marks the past of this building. There is a museum of Soviet history that is named the Museum of the Occupation, a difficult concept in terms of Soviet Georgian history. The Germans were clearly the perpetrators while Georgia likes to consider itself a victim, although there were countless perpetrators on the Georgian side (for example, Stalin was Georgian). There is clearly a lot to reflect upon.

But of course Georgians are free nowadays to try to build a democratic country and to live a self-determined life, even in the face of all of the social and economic challenges. As I already mentioned there are still various problems and a lot that needs to be changed, especially in the way of people’s thinking. The relationship with Russia is and will remain worrying. And the differences between the generations’ respective values still pose a big problem.

But yes, I am largely optimistic. The younger generation is very Western-oriented. They want to live in a democracy, and they have a much better civic awareness than my generation or that of my parents, for example, who are much more influenced by the Soviet way of life. 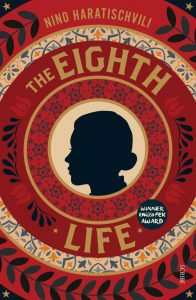 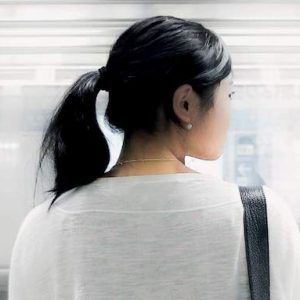 In many months this list contains five novels—but never before has it consisted of five story collections. Given the global...
© LitHub
Back to top
Loading Comments...