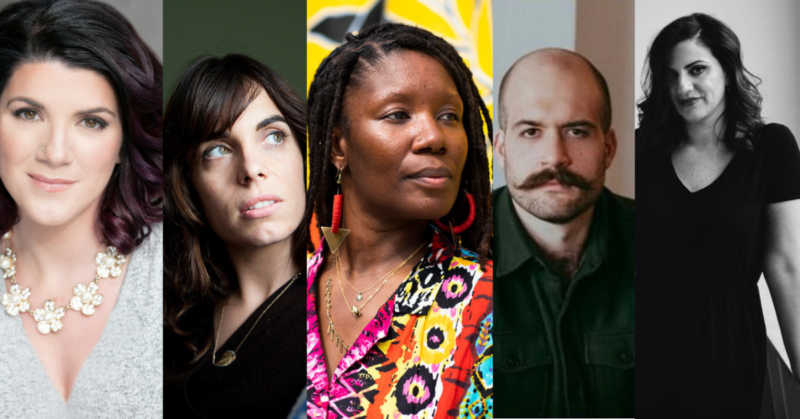 Taffy Brodesser-Akner (Fleishman Is in Trouble)

Nicholas Mancusi (A Philosophy of Ruin)

Ryan Leigh Dostie: War. Rape. The dynamics of gender in the military. Toxic masculinity and the sacrifices women make while assimilating to military culture. The rage and violence injustice breeds, the way trauma rewires the brain, and how secondary victimization can leave as deep of a scar as rape itself. But also, the joy in finding a great adventure, being more than ones own PTSD, and remembering to always get back up again.

Nicholas Mancusi: The losing battle against entropy. The tyranny of time. The burden of command of a human mind on planet earth.

Taffy Brodesser-Akner: It’s about marriage, nostalgia and whether or not we could ever predict how our lives end up.

Taffy Brodesser-Akner: Carmine Street in the Village, workout tank tops that say THE FUTURE IS FEMALE, my newly divorced friends’ Tinder accounts, a tea house in Jerusalem, my NYU dorm off Union Square Park, Herzog, a bar on Second Avenue on the Upper East Side, a song off Achtung Baby that my yoga teacher recently played while we were in plank, Philip Roth (Goodbye, Columbus; American Pastoral), who died shortly after I sold the book (though not related).

Nicholas Mancusi: Drone metal. Maker’s Mark. Surly pessimistic German philosophy. The bizarre dread of standing alone in a field late in the day and listening to the wind rise in the trees.

Ryan Leigh Dostie: The young service member who stared at the group as we spoke, who recounted her own story of rape in the military and finished with “I never told anyone. I never reported it.” And who was fighting the VA to be treated for her Military Sexual Trauma PTSD, because no one wanted to believe that a woman could be raped and not report it, because no one could believe the environment in which these things took place, or what happened to those of us who did report.

Domenica Ruta: I went to the funeral of a nineteen-year-old kid—I was a friend of his mother—and hated the pain I saw there so much that I wanted all of us—the whole world—to die right then and there, all at once.

Ryan Leigh Dostie: Bottles of medication, bouts of mental instability, an MFA program, childbirth, motherhood, joy in watching a child grow, pregnancy again followed by an insurmountable loss, more medication, getting back up again and marching on.

Nicholas Mancusi: Anxiety during the day and despair at night. Parties (or just drinking) on the Lower East Side. Walking my grandmother’s German shepherd. Hurricane Sandy. Playing rugby in Australia. And then at the end, falling in love.

Taffy Brodesser-Akner: Loneliness in middle age, a crisis in wondering what exactly had become of me over the years, a longing for my friends, restlessness in my heart, a yearning to figure out if I was young or old.

Nicholas Mancusi: One three-star reviewing gentleman seemed disappointed that I was unable to solve the question of free will in my novel. Fair play, frankly.

Ryan Leigh Dostie: “…difficult for readers to stick with” or “hard to read” when talking about sexual assault. Rape is certainly a tough topic, but I hate that some reviewers seem to think said topic will scare readers away, when really it should be something we’re talking about more, not less.

Domenica Ruta: Descriptions of Last Day as “sci-fi” or “post-apocalyptic” are very misleading. Diehard fans of those genres are going to be disappointed. There, I’ve warned you.

Nicole Dennis-Benn: I already took the leap and switched careers! But there are days when I wonder about returning to the medical field. I’d open up my own private practice.

Domenica Ruta: Primatologist and anthropologist alongside Jane Goodall. I actually think a lot of my current skill set is transferable to that field.

Nicholas Mancusi: I was very impressed with a Prospect Park arborist who I met recently, and immediately constructed a fantasy life for myself built around that job, wearing cool boots, playing in the dirt. Plus I wouldn’t have to move.

Taffy Brodesser-Akner: Exercise instructor (discipline dependent on era) or hairstylist. I’ve always wanted a job that was done when it was done.

Nicholas Mancusi: Dialogue. It’s fun to convey how talking to one another is such a poor method of communication. For my next novel, I’m trying to gather the courage to depart from the harbor of my characters’ heads and expand my authorial omniscience.

Ryan Leigh Dostie: I think I’m good at dialogue—I enjoy it and it tends to come quickly when I write. I think I could be better at placing more beauty in my prose. I always say my prose doesn’t caress, it punches. I’d like to caress more.

Domenica Ruta: I don’t know if I’m any good at it but I love writing dialogue. It feels like skiing downhill. I’ve gotten criticized for weak plot structure, but I think that’s an ancient Aristotelian misogyny—this whole idea that plot can only mean rising action, climax, denouement is all very male-arousal and limited. Characters do weird shit that doesn’t necessarily motivate a tight chain of plot and I like to make space for that.

Nicole Dennis-Benn: I’m good at dialogue, characterization, and descriptions of setting. Pace and plot are strong suits too. But I’m always striving to do better at everything.

Taffy Brodesser-Akner: I’m good at theme and structure; I’d like to be more confident in choosing narrative devices. I would have liked to have created fuller characters on the first try of this novel, rather than on revision.

Nicole Dennis-Benn: I write for myself first. Growing up I never saw myself or my experiences on the page. I write the stories I want to read.  It’s a bonus when people from various cultures, races, classes, sexualities, and geographies identify with my characters and their experiences.

Nicholas Mancusi: Oh dear. I will say, if you haven’t yet read Moby-Dick, you should please feel free to read that before my book. But since it appears that the publishing industry proceeds onward more or less apace, I present my humble offering, in humility and gratitude.

Ryan Leigh Dostie: I usually forget about the reader when I’m writing. Not to say I write simply for me, but I write and only remember there might be a reader after it’s all done. By that point, I have a thing written so I might as well share it. People will read it or not, care about it or not, but at least I did it. And I feel like that’s worth something.

Domenica Ruta: When I was writing my first book, a memoir, my dad said, not joking, “Who in the hell would want to read a book about you? You’re not anything special.” I died a little that day and have been rebuilding one page at a time ever since.

Taffy Brodesser-Akner: I don’t. I just think it’s my job in the world. Hubris implies that it is more valuable or prestigious to be someone who says things rather than, say, someone who fixes toilets. Everyone is needed. When my toilet is backed up, people who have something to say are just about worthless to me. 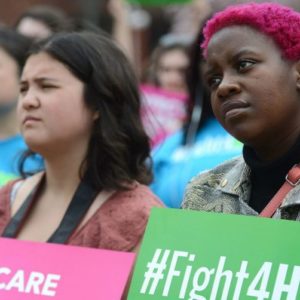 This May, the state legislature of Alabama approved what will be one of the most restrictive women’s reproductive rights...
© LitHub
Back to top