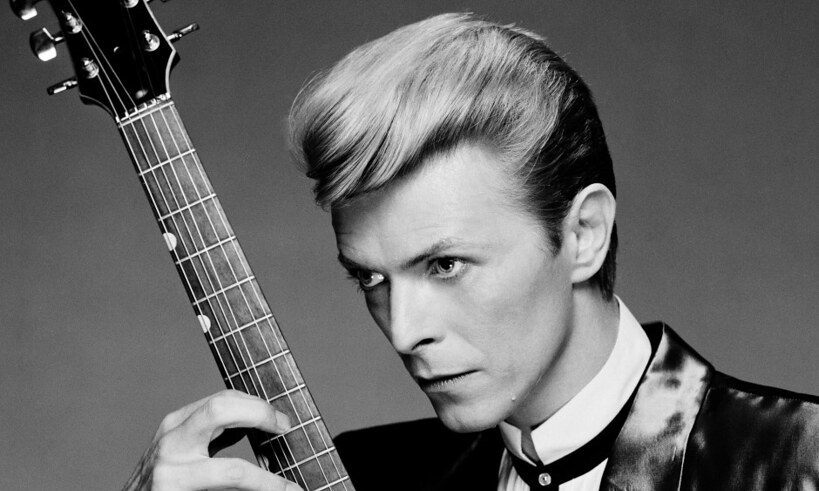 On the Shifting Personas of a Rock 'N' Roll Icon

Born David Jones in Brixton, UK, in January 1947, David Bowie always knew he wanted to be an artist. Early years were spent playing the recorder and listening to American rhythm and blues like Little Richard and his all-time favorite, Elvis Presley. He formally studied design at the all-boys Bromley Technical High School and, like Burroughs, took a job as a junior advertising executive. Bowie’s older stepbrother Terry Burns—who suffered from mental illness his entire life, eventually committing suicide in 1985 by lying on a train track—had an outsized role in his creative development. For one thing, it was Terry who turned David on to jazz and literature, including the Beats.

Exposed to the mania and malaise of mental illness, Bowie reflected his stepbrother’s struggles—albeit abstractly—in songs like “After All,” “The Man Who Sold the World,” “The Bewlay Brothers,” and “All the Madmen.” In the latter, Bowie sings of “mansions cold and grey,” despairing of an era “when a nation hides its organic minds in a cellar.” The title of Aladdin Sane from 1972 is a pun on the phrase “a lad insane.” In tribute to his stepbrother, Bowie penned “Jump They Say” for Black Tie White Noise (1993), an album that reignited his career following a mid-1980s nadir. Just as William Burroughs spent a lifetime “writing his way out” from under his Ugly Spirit, Bowie used his music and image to come to terms with what he saw as the precariousness of identity, perhaps staving off his own breakdown by adopting and discarding personas at will.

On September 16, 1965, David Jones made a clumsy play at transformation. “I seriously wanted a name change,” he said. “The first attempt at several. One I adopted for about three weeks; I even did a photo session for it, apparently.” Turns out the name Bowie picked, Tom Jones, was already taken. He briefly considered sallying forth as himself, but Davy Jones of the Monkees was by that point a household name. Eventually, he borrowed “Bowie” from the American knife manufacturer, a fact that tickled Burroughs when they met in late 1974. “The weapon of the Wild Boys is a Bowie knife, an 18-inch Bowie knife, did you know that?” Burroughs inquired. “You don’t do things by halves, do you?” the singer replied. Bowie would refer to his adopted moniker as “the medium for a conglomerate of statements and illusions”—a perfectly Burroughsian conceit. With these two, even the masks wear masks.

In July 1969, Bowie scored a transatlantic smash with “Space Oddity.” The song features one of his most indelible characters, Major Tom, an astronaut spinning into the void following a mishap with his rocket ship. Major Tom would return a decade later as a junkie “strung out in heaven’s high” on “Ashes to Ashes” from Scary Monsters (And Super Creeps); he is also visually referenced in the video for “Lazarus,” from Bowie’s 2016 farewell, Blackstar. Bowie’s extraterrestrial fascinations persisted throughout his career and mirror Burroughs’ own interest in alien intelligences and time-space travel, which he believed heralded the final stage in humanity’s evolution. “This is the space age, and we are here to go!” the author often exclaimed at readings.

“I have always been drawn to the Bill Burroughs of this world, who produce a vocabulary that is not necessarily a personal one, but something that is made up of ciphers and signifiers which are regurgitated, reformed and re-accumulated.”

“Space Oddity” briefly sent Bowie’s career into the stratosphere, but it plunged quickly back to Earth when the thrill of the 1969 moon landing waned. Bowie reinvented himself as a hard-rock ruffian for The Man Who Sold the World (1970) and a hippie mystic for Hunky Dory (1971), but it was Ziggy Stardust and the Spiders from Mars (1972) that delivered the most riveting Bowie yet: alien messiah. The album and supporting performances excited British kids at a level not seen since the Beatles, and Bowie’s interstellar Ziggy had everything to do with it. Aladdin Sane hit shelves the following year, after which he tired of the spaceman schtick. Even for the attention-seeking Bowie, the fan worship was getting to be too much. The Burroughs doctrine would help him break out of his glitter prison and become a decorated agent of change. “I have always been drawn to the Bill Burroughs of this world, who produce a vocabulary that is not necessarily a personal one, but something that is made up of ciphers and signifiers which are regurgitated, reformed and re-accumulated,” Bowie said.

He used cut-ups on Diamond Dogs, a transitional record from 1974 originally intended as a musical theater interpretation of George Orwell’s 1984. When he was unable to secure rights, Bowie borrowed themes from The Wild Boys and started slicing up and reassembling the songs he had already written for the project. As Burroughs said, “You cannot will spontaneity. But you can introduce the unpredictable spontaneous factor with a pair of scissors.” Bowie prized the element of chance in his work, which is one reason he continued to use cut-ups through his final two albums, The Next Day and Blackstar, released in 2013 and 2016, respectively.

The cut-up technique finds its origins in the early 20th-century Dada movement. Avant-garde poet Tristan Tzara suggested at a 1920s surrealist rally that a poem be created on the spot using words drawn from a hat, introducing random chance to text-based composition. This may not seem all that groundbreaking to anyone who has ever owned refrigerator magnet poetry. But it was radical at the time, and still was when Burroughs and Gysin evangelized their version.

You write down a paragraph or two describing several different subjects, creating a kind of “story ingredients” list, I suppose, and then cut the sentences into four or five-word sections; mix ’em up and reconnect them. You can get some pretty interesting idea combinations like this. You can use them as is or, if you have a craven need to not lose control, bounce off these ideas and write whole new sections.

In other words, not every cut-up is left as is. Once rearranged, sentences can subsequently be edited to convey more or less of the author’s intent. Cut-ups can also be used to evoke narrative points of view that go beyond common focal perspectives. As David Buckley says in Strange Fascination: David Bowie, The Definitive Story: “The sense of randomness appealed greatly to Bowie. He would write a song both in the first and third person and then randomize these two perspectives to create a ‘new’ subjectivity.”

Later in his career, Bowie worked with software developer Ty Roberts on a program that would make cut-ups easier to produce. “If you put three or four disassociated ideas together, the unconscious intelligence that comes from those pairings is really quite startling, quite provocative,” Bowie said in the mid-1990s. “I’ll take articles out of newspapers, poems I’ve written, pieces of other people’s books, and put them all into this little warehouse of information and hit the button, and it will randomize everything.”

The choice resided with Bowie about how much control to apply in the final mix. “I’ll either take sentences verbatim as it spews them out, or there might be something within a sentence that triggers off an idea,” he said.18 Bowie’s machine-assisted cut-ups were a natural extension of the experiments undertaken by Burroughs and Sommerville in 1960s London. An early computer programmer, Sommerville would feed a sentence into a machine that would render every possible combination of individual words and spit them out in new formulations. This process was a primitive version of Bowie’s program, which, in a rare creative misfire, he called “the Verbasizer.”

Bowie’s cut-up app was used on the 1995 album Outside—a stormy affair that its creator described as “a non-linear Gothic Drama Hyper-cycle.” The technique would continue to be applied right up to Bowie’s final album, Blackstar. Director Michael Apted featured Bowie waxing psychedelic about cut-ups in his 1997 documentary about creativity, Inspirations; Burroughs might have appreciated the singer’s remarks. “It’s almost like a technological dream in its own way,” Bowie said. “It creates the images from a dream state, without having to go through the boredom of having to go to sleep all night. Or get stoned out of your head.”

Excerpted from William S. Burroughs and the Cult of Rock ‘n’ Roll, by Casey Rae. Used with permission from the University of Texas Press, © 2019

Casey Rae is Director of Music Licensing at SiriusXM satellite radio, a service with more than 40 million listeners in the United States. He is also a musician, recording engineer, professor, and author. Casey is a member of the faculty at Georgetown University and Berklee Online, and serves as board President for the National Alliance for Media Arts and Culture. In his “spare time,” he runs the DC-based label Lux Eterna Records.

What, to the Writer,
Are Dreams? 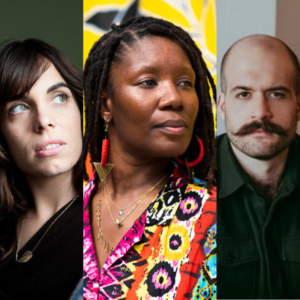