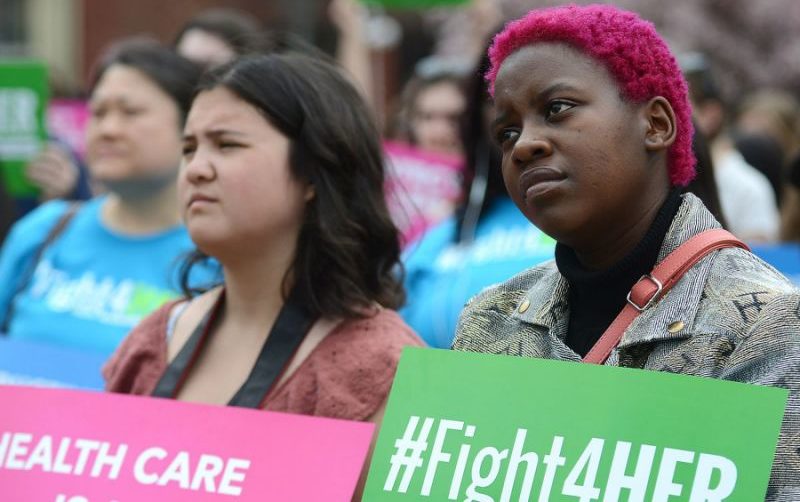 This May, the state legislature of Alabama approved what will be one of the most restrictive women’s reproductive rights laws in the nation, criminalizing abortion in nearly all cases. Much of the talk in certain circles expressed incredulity that, in America’s sixth blackest state, twenty-five white men held the power to pass the bill, which was signed into law by Alabama’s white woman governor on May 15th, 2019.

You know, I want to tell people who express such surprise, Alabama is the brutal birthplace of modern gynecology. I want to tell the people who are fretting over what this near total abortion ban will mean for the women of Alabama—one of the poorest states in the country—as they try to access safe reproductive health care, that the speculum was invented and first used by a man who believed the black women he practiced on didn’t feel pain and therefore didn’t require the same consideration as white women.

Access to safe and compassionate reproductive healthcare has never been a given in Alabama.

Those of us familiar with Alabama’s history aren’t particularly surprised to read about a law that will disproportionately and negatively affect women of color and women without the financial means to take themselves and their bodies away from that state. You know, I want to tell people who don’t know about this long and ugly history, you should read books on the subject published recently by Bettina Judd, Kwoya Fagin Maples, and Dominique Christina. Let me tell you a little about each of them.

For several years in mid-19th century Alabama, a white man named Dr. J. Marion Sims operated on enslaved black women’s reproductive systems. He performed ghastly experiments and explorations— without anesthesia— in the name of some higher good that wholly disregarded the will and agency of the individual women whose lives and bodies he controlled. Sims was known to say that these women had medical conditions that made them eager for treatment; however, the fact that they were essentially the property of Sims rendered null any possible protestations on their part.

As Bettina Judd writes, one of the key elements of consent is “whether you can say no.” The women operated on by Sims never had such an ability. Judd’s book, Patient, makes clear that these women were granted neither agency nor respect.

The speculum was invented and first used by a man who believed the black women he practiced on didn’t feel pain and therefore didn’t require the same consideration as white women.

“The research question is: Why am I patient?” writes Judd in her book’s first poem. Having no ability to make autonomous decisions about their bodies, the women about whom Judd writes were not really patients but subjects, treated more like lab rats than human beings. Patient mixes historical material with Judd’s contemporary experience trying to access quality and compassionate reproductive health care. She makes clear that black women’s bodies and medical decisions have been subject to the will and convenience of white men both historically and in the present day.

For some, reading Patient might help clarify how it is that, in 2019, the voices and will of so many people in the majority black state of Alabama has been erased by the will of a few politically powerful white men and women.

The other two books I have in mind on the subject of reproductive health history also make central the lives of Lucy Zimmerman, Betsey Harris, Anarcha Wescott, and the other unnamed women—as many as eleven—Sims kept in his eight-bed hospital shed. In an interview at The Rumpus about her book, Mend, Kwoya Fagin Maples says:

I wrote the first poem on my hands and knees. This was the primary position Sims required of the women who became his experimental subjects. I moved my body into this position so I could attempt to understand, first, their vulnerability. I also knew instinctively I could only enter this work humbly. These women shared the voices of my elders and I would have to listen to hear. That first poem, titled “The Door,” was my own entrance, as the writer, into the vast and daunting field of the work. The poem came in short breaths, and I felt deprived of oxygen the longer I stayed in that position, my knees aching. It was uncomfortable for me to write the poem, but to do it this way was a personal decision. No one had posed me this way for hours, to study the intimate curves and ridges of my body, to try and fail experimentally on my body.

We find in Mend, as in all the books I mention here, an intensely empathetic view of the experiences of the women whose bodies were subject to so much trauma. One poem, “What Yields,” is a sonnet corona that replicates the fugue state Anarcha might have entered as she endured four years of surgeries and experiments.

The haunting and haunted experience of reading “What Yields” has stuck with me long after I put down Mend. I felt the poem bodily, and so I was unsurprised to read that, in order to enter these poems, Maples put her body in the actual position Sims required of his subjects.

As Bettina Judd writes, one of the key elements of consent is “whether you can say no.” The women operated on by Sims never had such an ability.

I had to exhume her. Using the census bureau’s records facilitated a good amount of insight. And drilling down into the history available to me about the doctor’s work on enslaved women between 1845-1849 was also very useful and important. Finding Anarcha’s humanity amidst Sims’ clinically distant reporting was key.

Christina finds her own way of revealing Anarcha’s story, through short lines whose quick cuts often left me gasping for breath. It is enlightening to read these three books together, if only to understand the many ways these 19th-century black Alabaman women speak to (and through) us still today.

Christina’s exhumation of the voice of one the first woman to be subject to the whims of Alabama’s so-called health care system begins, “massa come in like he know i caint cry/ new tears.” I think of this as I consider the law recently passed in Alabama, which is designed for the purpose of challenging Roe v. Wade on a national level. Alabama keeps coming at us as if we can’t cry new tears. I am grateful to these three books by Judd, Maples, and Christina, for the insightful, historical perspectives that help frame our current situation.

“This moment is steeped in a racist history. This racist history is indelibly printed on my memory,” writes Judd. The tears I continue to shed for the lives of the women so brilliantly and compassionately illuminated in Patient, Mend, and Anarcha Speaks are tears of fury, awe, gratitude, and resistance. It’s been a long struggle, these three poets remind us, and it’s not over yet.

Camille T. Dungy is an award-winning poet and editor and professor of creative writing at Colorado State University. She lives with her husband and child in Fort Collins, Colorado. 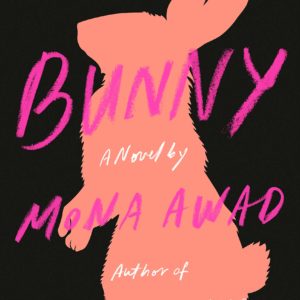 1. We call them Bunnies because that is what they call each other. Seriously. Bunny. Example: Hi, Bunny! Hi,...
© LitHub
Back to top