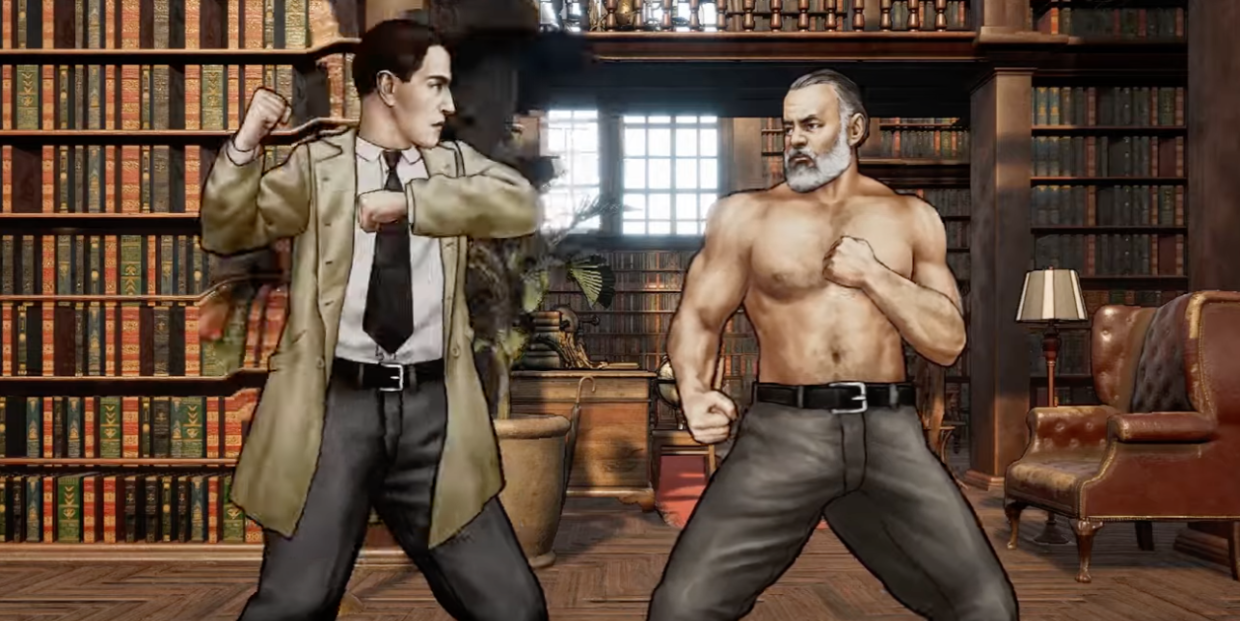 New video game will let you beat up Lovecraft while pretending to be Hemingway.

Have you ever wanted to inhabit the shirtless and bemuscled body of an aging Ernest Hemingway as he delivers a straight-up ass-whooping to HP Lovecraft, who can’t even be fucked to take off his trench coat? Ok, look, don’t answer that, but come November, you can!

Yes, it has come to my attention that a video game called Write N’ Fight will be available via Steam this coming November, in which you can play as one of 15 writers (all dudes). The big, canonical white guys are all there—Hemingway, Dostoevsky, Dickens, Twain, Shakespeare, Joyce, Tolstoy—along with literary underdogs like Antoine de Saint Exupery, Cao Xueqin, and Erich Maria Remarque (the game certainly does an excellent job of capturing the IRL whiteness of the canon!). Anyway, choose your fighter, Mortal Kombat-style, and have at it.

Each character has his own custom “arena” loosely based on his life and work: Tolstoy fights in a snowy clearing somewhere in the Russian taiga; Shakespeare throws fists in the seaside courtyard of a gothic, Elsinore-like castle; Lovecraft declares “go time” in a nightmarescape of chthonic nuttiness. Also, Dostoevsky gets to wield an axe.

I may well play this when it comes out, just so I can beat the tar out of Lovecraft for being such a racist dick. (And here’s this, if you’d rather fight as a contemporary writer.)