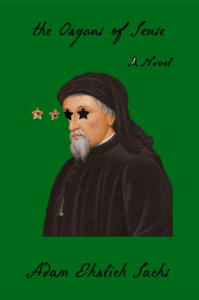 I know blurbs aren’t always reliable, but this is one of those rare books that has me sold on blurbs alone. Well, not blurbs alone, because the cover is also extremely great (Alex Merto FTW). But the blurbs! Rivka Galchen tells me that “This book is only for people who like joy, absurdity, passion, genius, dry wit, youthful folly, amusing historical arcana, or telescopes.” Andrew Martin says it is what you might get “if W. G. Sebald had gone insane.” Read: my dream book. What is it actually about? No earthly idea, but I’m reading it next. 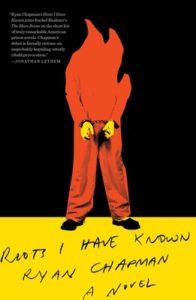 A smart satire of the prison system in the form of an extended Editor’s Letter from an unnamed Sri Lankan inmate, who has barricaded himself inside a prison Media Center after a poem he published in The Holding Pen incited a riot. Droll, mischievous, and pretty addicting. 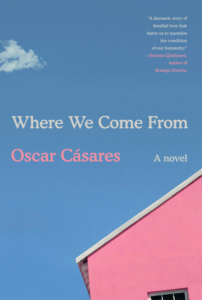 Oscar Cásares, Where We Come From (Knopf)

We need more border stories like this: insightful, compassionate, and not actually about politics or walls or you-know-who, but about humanity, family, and home—also known as the things that really matter. 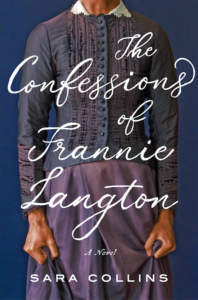 At the beginning of this gothic historical thriller, Frannie Langton—born a slave on a Jamaican sugar plantation called Paradise but now in London, having worked as the servant to an extremely strange scientist—is accused of murdering her employer and his wife. But Frannie remembers nothing, except the story of her remarkable life, which she confesses here. 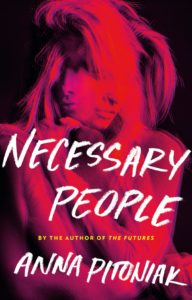 Another novel for anyone who misses the Ferrante novels for their portrayal of an intense, rivalry-prone female friendship—though in this case, it’s less generational coming-of-age epic and more psychological thriller, in which two college friends graduate to a TV newsroom where (it appears) only one can thrive. 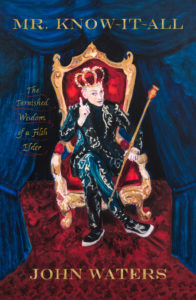 The subtitle really tells you everything you need to know about the latest book from the King of Camp (so camp he skipped the Met Ball this year), but just in case you want more, this volume includes information on “how to fail upward in Hollywood; how to develop musical taste from Nervous Norvus to Maria Callas; how to build a home so ugly and trendy that no one but you would dare live in it; more important, how to tell someone you love them without emotional risk; and yes, how to cheat death itself.” Well, okay then. 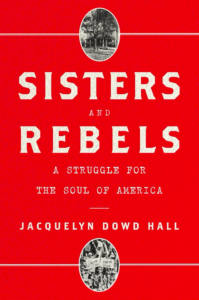 A history of the American South through the biographies of three remarkable sisters—Elizabeth, Grace, and Katherine Lumpkin, descendants of a prominent slave family and daughters of a Klansman, but profoundly disturbed by their history—their stories told by Hall, director of the Southern Oral History Program at the University of North Carolina. 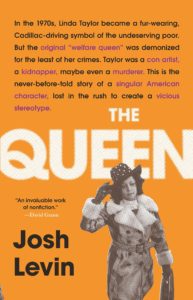 Josh Levin, The Queen: The Forgotten Life Behind an American Myth (Little, Brown)

An investigation into the Regan-era myth and trope of the “welfare queen” as inspired by Linda Taylor, a con artist who gamed the system (and was ultimately unfairly held up as an example of why you should vote Republican), from Slate editorial director Josh Levin. 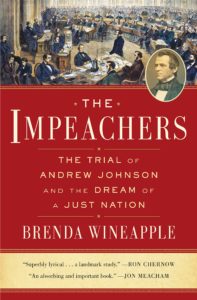 Perhaps now would be a good time to read about the very first American impeachment of a sitting president: President Andrew Johnson, in 1868. No reason. 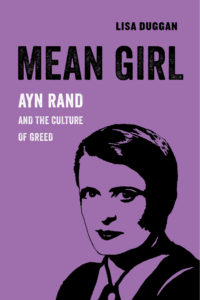 A history of the influence of Ayn Rand and her particular brand of narcissistic amorality, and an argument that her novels function now as “conversion machines for our contemporary culture of greed.” Exhibit A: Paul Ryan.