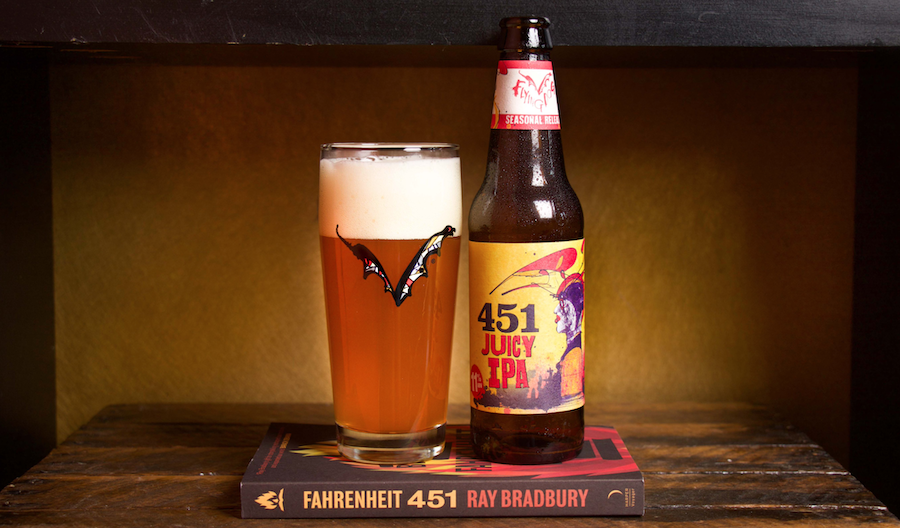 America is awash in book bans. It’s awful. The consolidation of Republican power in state and local government has worked, and we’re all suffering for it. But aside from getting involved in local politics, and donating to advocacy groups, what can a book-loving person do?

The brewery has sued Colorado and Michigan previously (and won) over its beer labels being deemed inappropriate for shelves and has another case pending in North Carolina.

The idea behind the 451 IPA is to raise awareness around the recent rise in book banning; says Flying Dog CEO Jim Caruso:

What’s beautiful about Bradbury’s novel—aside from the incredible art from Ralph Steadman—is that the human spirit’s innate thirst for knowledge, ideas, growth, and freedom ultimately wins. So, in the face of attempts to restrict the content our community can access, Flying Dog will always throw our support behind defending freedom of expression because truth-seeking and freedom of expression are inseparable.

To that end, throughout April Flying Dog will be celebrating banned books at the hashtag #451BookReports, where readers (and beer-drinkers) are encouraged to weigh in on their favorite censored reads.

And yes, Jim, I DO have an innate thirst.