“Memo: do not drink coffee. It engenders baseless optimism about
my powers of creation.”

I’ve found a workroom I can rent, over a dress shop in Moonee Ponds. It looks north towards a low mountain very far away. In a corner, a hand basin. Its drain is clogged and it’s full of old brown water. Maybe mozzies will breed in it. I don’t care. I’m writing three sentences a day. Wretched, ill-tempered, nervous, unbearable.

M brings home a note about the school concert: “Children should come dressed to the hall. Boys to come in pyjamas. Halos and Wings will be put on by teachers.”

HG: “See that first star? Go up from there, and further, and there it is.”

F: “That is not the saucepan.”

HG: “For 37 years I have called that star formation ‘the saucepan.‘ When I was a little girl my father took me by the hand

and pointed up and said, “That is ‘the saucepan.‘ You can’t tell me that’s not the saucepan.”

M ate a real egg from my sister’s chook. It was so rich that she retired to bed groaning and sobbing, and couldn’t go to school till 10:30: “I feel all eggy inside.”

M and F found a brown pup at the market. Beautiful, but dumb.

Our training methods don’t work on her. This morning she took off at the front gate. With me in hot pursuit she bolted, trailing her lead, across four lanes of traffic on Mt Alexander Road. She made it unscathed and wound up cringing on her back under a palm tree, shivering and pissing. As I thundered up to her I realized that what she was running from was me.

The Italian girl who works in the dress shop is engaged. She tells me that for her trousseau her grandmother has given her a quilt that’s “stuffed with duck leaves.” When she talks I feel like swooning. I could stand on the bottom step and listen to her rave all day.

At the Kampuchea Benefit I saw half a dozen people I knew at a table and I was too shy to walk over and say hello. I was scared to.

“F is very funny,” said one of the guys in the band. “He’s got such a fantastic delivery that you laugh even if you don’t understand what he’s said.”

There was a bird singing in the garden. When I opened the back door it was sitting on the chimney trilling away, but as soon as I appeared it flipped across the vegetable patch to a tree on the other side of the fence, where it threw back its head and sang tune after tune, its little beak open like a pair of scissors.

Riding round the corner on to Brunswick Road I change gear clumsily and the whole bike locks. I get it on to the footpath (F already a yellow dot half a mile away on the freeway bridge) and crouch beside it, helplessly regarding the hub and sprockets. A well-dressed pedestrian in her 40s stops beside me.

She takes one look and points: “There—it’s stuck there.”

The chain is wedged between the smallest sprocket and the white frame. I poke my finger in and wiggle. I seize the chain and yank at it. To my surprise it’s got give, and spring—so that’s how it works!

I jerk it free and fit it on to the correct sprocket. A bunch of tissues appears near my face.

“That’s all right,” she says with a cheerful, impersonal smile, and strides away.

I wipe my hands on the tissues and shove them into my pocket. Now I know I’m home. My country, right or wrong.

Memo: do not drink coffee. It makes me uselessly nervy, even trembly, and engenders baseless optimism about my powers of creation. 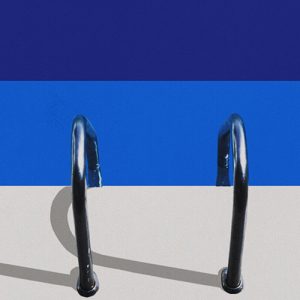 Carter Sickels’ novel The Prettiest Star is aptly named. The title is taken from the David Bowie song of the same name,...
© LitHub
Back to top
Loading Comments...