In this grand finale episode of Nerd Jeopardy Ryan Chapman hosts a loose, prosecco-fueled three-round extravaganza featuring actual prizes, with only a moderate number of technical mishaps! Special thanks to BOMB, One Story, The Common, and A Public Space for the gift subscriptions, and to Lit Hub for our champion’s prize: a gift certificate to the indie bookstore of their choosing.

The indie spotlight of the week, Rough Draft Bar & Books, is leading Kingston, NY’s first “city reads” program with Ijeoma Olou’s So You Want to Talk About Race. And here’s a Bookshop list of all of our guest authors the past twelve weeks.

For those of you who still need a weekly dose of literary trivia, the baton is being passed to critic extraordinaire Carolyn Kellogg. Follow her @paperhaus for details.

100: In this author’s short stories the Glass family is rife with brilliance and tragedy, and inspired Wes Anderson’s “The Royal Tenenbaums.”

200: In her novel “Bee Season” eleven-year-old Eliza Naumann makes it to the national spelling bee.

400: In the “Acne Novelty Library” his character Jimmy Corrigan sometimes imagines himself as a child genius.

500: Jeffery Renard Allen’s “Song of the Shank” fictionalizes the real story of piano prodigy Blind Tom, who in 1860 became the first black entertainer to play The White House, for this president.

100: Memoirs by this poet and musician include “Year of the Monkey” and “M Train.”

200: The Botswana-set books in this Alexander McCall Smith series include “The Good Husband of Zebra Drive” and “The Double Comfort Safari Club.”

[The No. 1 Ladies’ Detective Agency]

[A Tree Grows in Brooklyn]

She began her storied career, and her run with Hollywood, with the debut “Strangers on a Train.”

100: In this Faulkner story a teenager embarks on a hunt for “Old Ben.”

200: This hard-boiled Sam Spade book is titled for a much-coveted avian statue.

300: In this Eugène Ionesco play, Bérenger watches the rest of the cast transform into the titular animal.

400: You get more than you wish for in this classic horror story from William Wymark Jacobs.

500: Both Goethe and Chaucer wrote of Reynard, a trickster figure commonly represented as this animal.

100: You’ll find this at the beginning of nearly every NYRB Classic.

200: Sisters Ruth and Lucille are minded by a succession of aunts in this Marilynne Robinson novel.

This novel by Daša Drndić takes its title from a German word for one’s double.

400: This East Coast city is home to Jennifer Weiner, Ken Kalfus, and the Free Library system.

500: Samuel Huntington detailed its “Clash” and Sigmund Freud its “Discontents.”

100: A woman named Reno sets a land speed record by motorcycle at the Bonneville Salt Flats in this Rachel Kushner novel.

200: Ernest Hemingway name-checked this Tanzanian mountain in a 1936 short story.

300: Anna Wiener reports on the folly and hubris of the northern Californian tech scene in this 2020 memoir.

400: Peter Matthiessen’s “The Snow Leopard” documents his travels to Nepal to explore this mountain range.

500: In this Jean Craighead George Y.A. classic, a runaway lives off the grid in the Catskills.

[My Side of the Mountain]

200: This Oscar-winner returned to Broadway to adapt “To Kill a Mockingbird.”

600: Between his musicals, film work, and general incredibleness, he released a 2018 book of pep talks called “Gmorning, Gnight!”

800: Over 10,000 low-price tickets were offered to diversify the Broadway audience for this emerging writer’s “Slave Play.”

1000: An alternate title for this Alan Jay Lerner musical (and film)–based on Shaw’s “Pygmalion”–might be “Me Talk Pretty One Day.”

C2: ON THE CALENDAR

200: In 2016 the third volume of this John Lewis series became the first graphic novel to win a National Book Award.

[The End of October]

800: The title of Smith Henderson’s debut novel is a “Creek” named for this upcoming holiday.

1000: You may know this Joyce Maynard novel from its 2013 film adaptation with Kate Winslet and Josh Brolin–but given the box office numbers, probably not.

200: With some stories no more than a few sentences long, Claire-Louise Bennett’s debut follows an unnamed woman living near its titular body of water.

400: Erin Morgenstern followed up her hit “The Night Circus” with this 2019 novel about secret books, secret clubs, and secret realities.

600: In 1856 this American novelist followed up her blockbuster debut with “Dred: A Tale of the Great Dismal Swamp.”

800: Oprah’s Book Club kicked off in the fall of 1996 with this Jacquelyn Mitchard novel.

[The Deep End of the Ocean]

1000: The subtitle of Peter Alson’s book is “A Wayward and Perilous Journey to the World Series of Poker”; for the title, invoke this Talking Heads song (and poker pun).

[Take Me to the River]

200: Henry Wadsworth Longfellow: “Listen, my children, and you shall hear / Of the midnight ride of” him.

Walt Whitman: “I believe a leaf of” this “is no less than the journey-work of the stars.”

600: Emily Dickinson: This “is the thing with feathers / That perches in the soul / And sings the tune without the words / And never stops at all.”

800: Morgan Parker: “O! Vessel of womanhood / I am loosed upon the world / with dust and filed” these.

200: Before “The Wire” there was “Homicide,” this Baltimore Sun journalist’s account of a year spent with police detectives.

400: SINGLE-CLUE PRIZE SURPRISE WITH “THE COMMON”

Susan Choi’s “American Woman” is a fictional account of this heiress’s 1974 kidnapping by the Symbionese Liberation Army.

600: Vincent Bugliosi, the prosecutor of Charlie Manson’s trial, co-wrote this book on the Tate-LaBianca murders.

800: In Casey Cep’s “Furious Hours,” the sensational murder trial of an itinerant reverend is told alongside this famous novelist’s attempts to turn the story into her next book.

1000: Robert Graysmith, played onscreen by Jake Gyllenhaal, investigated this San Francisco-based murderer in a book that went on to sell 4m copies; the killer’s still at large.

200: Southern novelist and short-story maestro behind “Airships” and “High Lonesome.”

400: She combines literary theory and memoir in hybrid works like “Bluets” and “The Argonauts.”

600: This week Garth Greenwell and R.O. Kwon announced they’re co-editing an anthology around this synonym for fetish.

This “Razor’s Edge” novelist was reportedly the highest-paid author in the entire world in the 1930s.

1000: In Kay Thompson’s series of children’s books this character lives “on the tippy-top floor” of the Plaza hotel with her pet dog and turtle.

200: In “The Great Gatsby,” this character is Nick Carraway’s distant cousin.

400: Ada Lovelace, the mother of modern computing, was the daughter of this Romantic poet.

Mother Anita was shortlisted three times for the Booker Prize; daughter Kiran won it in 2006 for “The Inheritance of Loss.”

800: The novelist Danzy Senna, daughter of poet Fanny Howe, is married to this writer of “Erasure” and this year’s “Telephone”–and they both teach at USC.

1000: Look to Aldous Huxley’s family tree to find his great-uncle, the poet behind “Dover Beach.”

200: When the “Lorax” creator and the “Mother” of all nursery rhymes agree to end their squabbling.

400: When the “Portnoy’s Complaint” author blasts Marilyn Manson for this slow-moving pet.

600: When the “Gone Girl” author gets a free Tanqueray.

800: When “The Stranger” writer testified to the veracity of the hint; or, what this is.

200: Mario Vargas Llosa is the sole Nobel laureate from this country. (4)

400: SINGLE-CLUE PRIZE SURPRISE WITH “ONE STORY”

The meeting-friendly format of Chapter 12 in Jennifer Egan’s “A Visit from the Goon Squad.” (10)

1000: History isn’t always written by the victors: Thucydides penned the account of how Sparta trounced his native Athens in this war. (13)

CLUE: The New York Times reported this man wasn’t rushing his next book, joking that his wife’s 2018 memoir was ghostwritten. 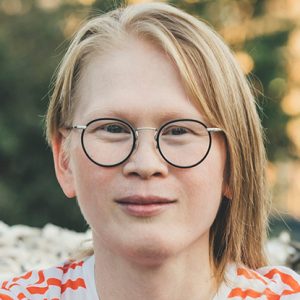